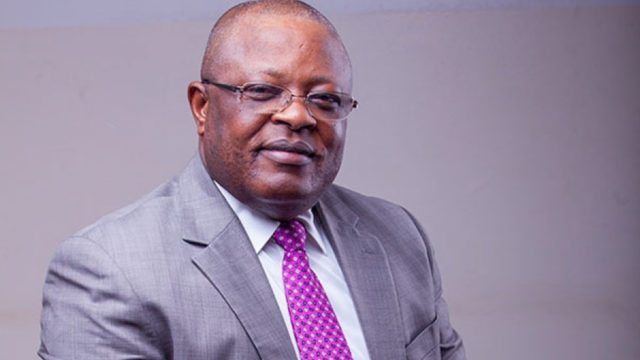 Court to decide on bail application by Umahi’s opponent

The LP candidate has been in prison for almost a month now, with his lawyers and political allies scrambling to secure his freedom so that he can go on with his political campaigns.

The Federal High Court, Abakaliki, Ebonyi State, has fixed 22 November to decide on a bail application by the Labour Party (LP) senatorial candidate in the state, Linus Okorie.

Mr Okorie, who is contesting against Governor Dave Umahi for the Ebonyi South District election, was reportedly abducted on 16 October by Ebubeagu, a security outfit that is backed by the Ebonyi State Government.

Ebubeagu handed him over to the police, who arraigned him before a magistrate on the accusation that he conspired with others to commit murder and inter-communal war.

The magistrate, however, said her court lacked jurisdiction to hear the case and ordered the LP candidate remanded in prison, pending the issuance of legal advice by the DPP.

The LP candidate has been in prison for almost a month now, with his lawyers and political allies scrambling to secure his freedom so that he can go on with his political campaigns.

Justice Riman Fatun of the Federal High Court, Abakaliki, on Friday adjourned Mr Okorie’s case to November 22 for a definite hearing on his bail application, according to the News Agency of Nigeria (NAN).

Michael Odoh, lead counsel to the LP candidate, urged the court to grant the bail application for the interest of justice.

The counsel to the Ebonyi State Government, Roy Nweze, appealed to the court to allow him to study the bail application, saying it was given to him on Thursday.

“Yes, I have been served with the bail application and I am going to study it because touching issues have been raised.

“We should adhere to the law for it to take its course,” he said.

Mr Okorie, a former member of House of Representatives, is the major contender against Governor Umahi of the All Progressives Congress in the 2023 senatorial election in Ebonyi South.