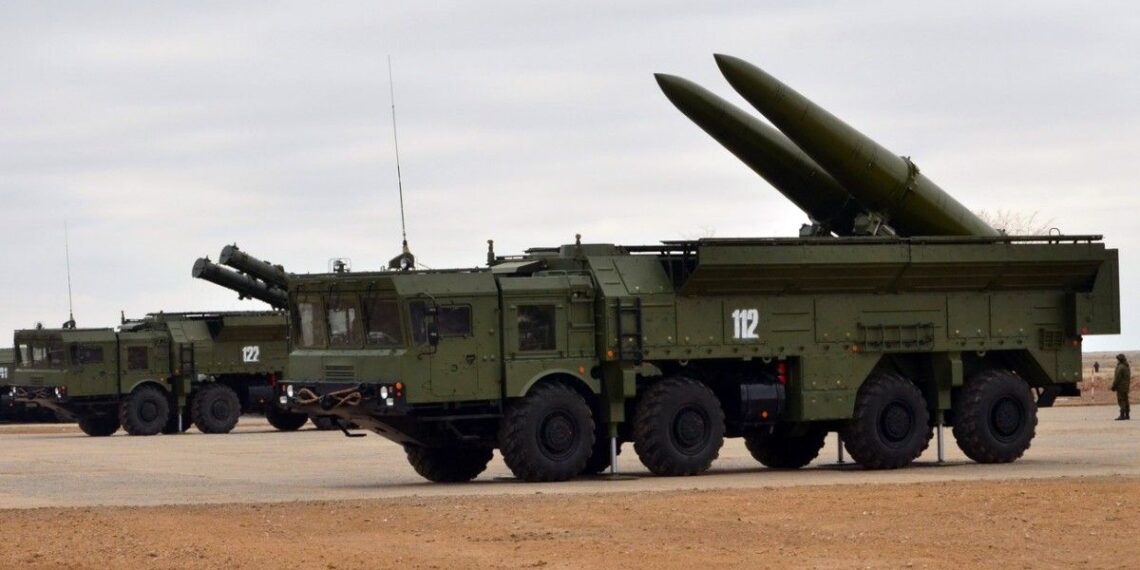 An image showing an Iskander compound, with a few bunkers and another compound of hangars. (PHOTO CREDIT: unian.info)

The AP reported that the missiles were launched on the Ukraine power grid sending the country into further darkness and cutting electricity to much of Moldova.

The Polish government’s spokesperson Piotr Muller in a brief press conference confirmed that two people died from the incident and the Polish army will be on high alert.

He did not speak on the origin of the explosion but said Poland is “verifying if we need to activate NATO Article Four”.

It remains unclear if the explosion was caused by Russian missiles.

Russia has denied the news of the attack describing it as a deliberate provocation by Polish media who broke the news.

“Polish mass media & officials commit deliberate provocation to escalate situation with their statement on alleged impact of “Russian” rockets at Przewodów. Russian hardware has launched NO strikes at the area,” Russia’s Ministry of Foreign Affairs tweeted.

This is coming at the same time as the G-20 meeting happening in Indonesia where some world leaders have condemned Russia’s attack on Ukraine and others calling for peace.

Poland’s President Andrzej Duda speaking on the next steps to be taken, in a tweet said he spoke with NATO’s Jens Stoltenberg.

“We verify the premises of Article 4 of NATO. We are in contact with our allies and we expect talks with the American side,” he tweeted.

In Article 4 of NATO’s founding treaty, members can bring any issue of concern, especially related to the security of a member country, to the table for discussion within the North Atlantic Council.

READ ALSO: Why Africa must not celebrate the Russian bombing of Ukraine, By Muleya Mwananyanda

The president also got on an urgent call with Presidents Joe Biden of US and Volodymyr Zelenskyy.

Extending his condolences to Poland over the loss of lives, Jens Stoltenberg tweeted that NATO is monitoring the situation and the allies are closely consulting. It is important that all facts are established.

Ukraine’s President Volodymyr Zelenskyy in a tweet said Russia must be stopped.

“The Russian Federation takes lives wherever it can reach. Today Poland . This Russian attack on collective security in the Euro-Atlantic is a significant escalation. People died. My sincere condolences to Poland brothers and sisters! Ukraine will always be with you. The terror of the Russian Federation must be stopped. Solidarity is our strength!” he tweeted.

EU Commission President, Ursula von der Leyen, tweeted that she is “alarmed by reports of an explosion in Poland, following a massive Russian missile strike on Ukrainian cities.”

“I extend my condolences and my strongest message of support and solidarity with Poland and our Ukrainian friends,” she said.