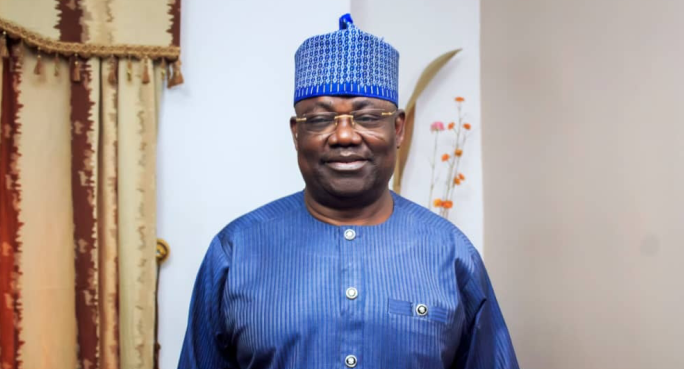 The court nullified the primary election that produced Emmnuel Bwacha as APC’s Taraba State governorship candidate in a judgement delivered on Monday.

The Federal High Court in Abuja has nullified the nomination of Emmanuel Bwacha as the Taraba State governorship candidate of the All Progressives Congress (APC) for the next year’s election.

It ordered the APC to conduct a fresh primary within 14 days.

The judge, Donatus Egwuatu, gave the order after nullifying the 26 May primary election that produced Mr Bwacha as the party’s Taraba State governorship candidate in a judgement delivered on Monday.

PREMIUM TIMES confirmed from the ruling on Tuesday that the judge held that the primary election that produced Mr Bwacha as APC’s governorship candidate in Taraba State fell short of statutory provisions of the electoral act and the Nigerian constitution.

Mr Bwacha, a senator representing Taraba South Senatorial District, emerged the candidate of the APC in the governorship primary that was held in Jalingo, Taraba State, on 26 May.

Mr Egwuatu, based on submissions of lawyers to the parties to the dispute concerning Mr Bwacha’s nomination, held that “the purported primary election conducted by APC on May 26 is nullity.”

The judgement nullifying his nomination came less than a week after the Federal High Court in Jalingo sacked him on account of his defection from the Peoples Democratic Party (PDP) to the APC.

Mr Yusuf contended that the APC governorship primary held on 26 May, did not comply with the electoral law.

He sued Mr Bwacha, the Independent National Electoral Commission (INEC) and the APC.

Mr Bawa informed Mr Egwuatu that the Federal High Court in Taraba state had in another ruling on a similar matter, nullified the primary poll and ordered a fresh election.

But the APC through its lawyer, Festus Idepefo, told the court that he had provided evidence to counter the submission of the plaintiff that no primary election was held.

“The issues formulated by the plaintiff is that no election was conducted at all. In response to this allegation, we have exhibited the results of the elections in all the 168 wards in Taraba showing the number of registered voters.

“We have also exhibited the INEC report issued in each local government area of Taraba. In a situation like this, we will expect the plaintiff to exhibit voters who were disenfranchised but no such exhibit is before the court.”

In his reaction to the issue of a similar judgment by the court in Taraba, Mr Idebefo said that the case in Taraba was different from the current case.

Mr Bwacha’s lawyer, E.A Ibrahim, in his submission, told the court that he filed 459 exhibits on behalf of his client.

“The exhibits comprise result sheets for the various wards and local government areas,” he said, urging the court to dismiss the suit.

On 11 November, the Federal High Court in Jalingo sacked Mr Bwacha from the Senate for defecting to the APC.

PREMIUM TIMES reported that the judge, Simon Amobeda, ordered Mr Bwacha to immediately vacate his seat as a senator.

The PDP in the state had approached the court to declare the senator’s seat vacant for dumping the party on which he was elected.

The judge ruled that Mr Bwacha’s mandate in the Senate belongs to the PDP and not the APC as he was elected on the platform of the PDP.

Why I titled my fifth album ‘More Love, Less ego’-Wizkid