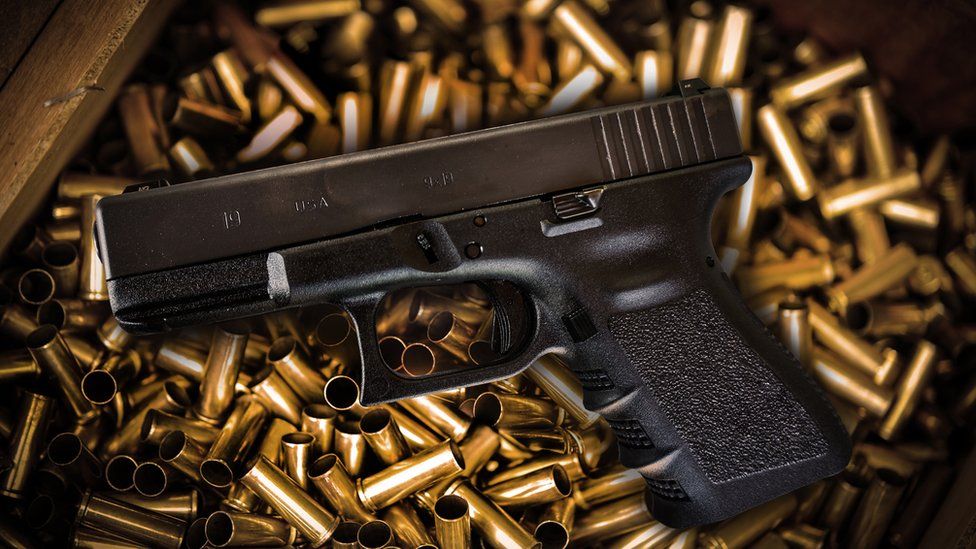 A gun used to illustrate the story

The school's president, Jim Ryan revenaled this in a statement adding that one of the students, Christopher Darnell Jones, Jr., is suspected to have committed the shooting.

Three people have been reported dead and two injured following shootings at the University of Virginia‘s main campus main in Charlottesville on Sunday.

The school’s president, Jim Ryan, revealed this in a statement adding that one of its students, Christopher Darnell Jones, Jr., is suspected to have committed the shooting.

The suspect was still at large as of the time of this report and is considered armed and dangerous.

“Multiple law enforcement agencies are coordinating to find and apprehend him. He was last seen wearing a burgundy jacket, blue jeans, and red shoes, and he may be driving a black SUV with VA license plate number TWX3580,” Mr Ryan said.

Mr Ryan, in his statement, advised students to follow the guidance they receive through the UVA alert system.

He noted that the shootings started around 10:30 p.m. Sunday night.

“I am devastated that this violence has visited the University of Virginia. This is a traumatic incident for everyone in our community, and we have cancelled classes for today (Monday, November 14),” Mr Ryan announced.

He said only designated essential workers should report to work on Monday.

He noted that the university will continue to provide updates as the situation unfolds.

The US has witnessed many cases of gun violence in recent years.

According to the US Centers for Disease Control and Prevention (CDC), a total of 45,222 people died from gun-related injuries in 2020.