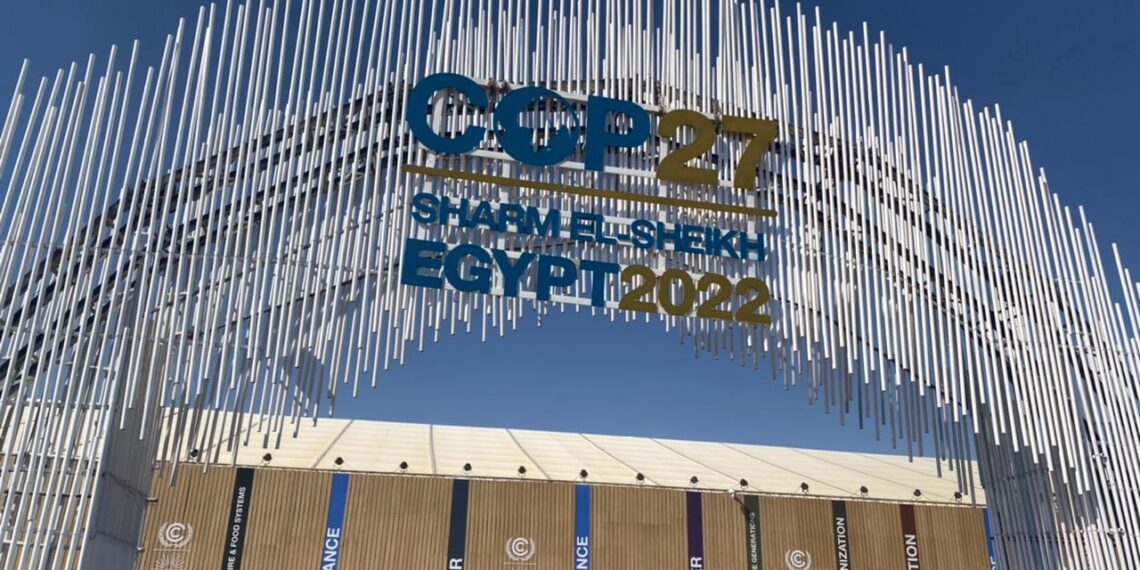 Mr Stiell outlined three critical lines of action for adoption at the conference.

The United Nations Climate Convention Executive Secretary, Simon Stiell, has said women and girls have to be placed at the centre of climate decision-making and actions towards achieving better outcomes.

The UNFCCC official disclosed this while delivering his remarks at the opening plenary of the 27th edition of the Conference of the Parties (COP27) in Egypt Sunday.

“As the world pivots to implementation, women and girls have to be placed at the centre of climate decision-making and actions,” he said.

Mr Stiell emphasised that the empowerment of women and girls would lead to better government and better outcomes.

His words drew an ovation in the plenary room, with dozens of women and other attendees seen applauding his statement with cheers and smiles.

While delivering his remarks, Mr Stiell outlined three critical lines of action for adoption at the conference.

He asked leaders to demonstrate a transformation shift to implementation by putting negotiations into concrete actions.

”Enhance the delivery of the principles of transparency and accountability throughout the process.

“I welcome detailed plans on how we deliver what we have promised.”

Following the official announcement of the new Egyptian COP27 President, Sameh Shoukry, “loss and damage” made it to the agenda items during the procedural opening that would be discussed over the next two weeks at the conference.

The item (loss and damage) was still uncertain ahead of CP27 but it finally crept into the agenda after being put forward by negotiators (including developing countries) after robust discussions among the 194 parties to the UNFCCC.

In Nigeria for instance, the existential extreme weather events such as torrential rainfall, flooding, desertification and rising sea levels, have exacerbated the sufferings of women, girls and even children across different regions in the country.

This has caused massive destruction of lives, lands and livelihoods.

Recently, a PREMIUM TIMES’ report revealed how the devastating floods that ravaged communities across states in Nigeria within the last three months have disrupted hundreds of villages and urban centres, displacing over 2.4 million people, over 600 fatalities have been recorded and expansive hectares of farmlands destroyed. Women and children are the most affected across the affected states.

Meanwhile, due to the intensification of these disasters, which scientists say is being caused by the rise in greenhouse gas emissions— largely from developed countries, developing countries (especially the continent of Africa) are often the most affected, and leaders are demanding compensation.

This compensation, termed “loss and damage” will now be a significant topic of discussion at COP27.