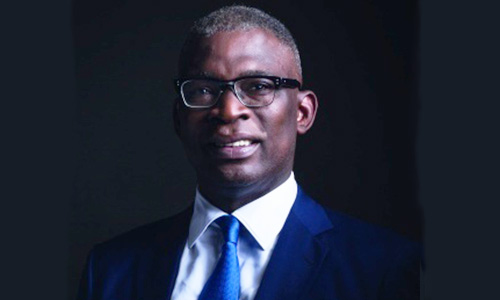 The EFCC had, on 20 October, arraigned Mr Shasore before the Ikeja Special Offences Court

Mr Shasore was arraigned on a fresh charge before Justice Inyang Ekwo of a Federal High Court, Abuja.

The News Agency of Nigeria (NAN) had, on Thursday, reported that Mr Shasore would be arraigned alongside his company, Middlesex Investments Ltd., before Justice Ekwo.

While the Federal Republic of Nigeria is the complainant in the charge with number: FHC/ABJ/CR/386/22 filed on 17 August by the EFCC’s counsel, Bala Sanga, Middlesex Investments Ltd and Mr Shasore are 1st and 2nd defendants respectively.

Mr Shasore is alleged to be a director and a signatory to the company’s Guaranty Trust Bank account number: 0005659394.

The former commissioner, however, pleaded not guilty to the offences alleged to have been committed along with the company.

The judge ordered Mr Shasore to continue to enjoy the terms of the administrative bail earlier granted him by the EFCC after the request was not opposed by Sanga.

Justice Ekwo consequently adjourned the matter until 13 to 17 March for trial.
He directed the anti-graft agency’s lawyer and counsel to the defendants, Olawale Akoni, to put their houses in order ahead of the trial dates.

NAN reports that the EFCC, in count one, alleged that between 3 September and 11 September 2014, the firm and Mr Shasore failed to report in writing to the agency a single lodgement transaction of the sum of N60 million from Mandivera Global Resources Limited into the Guaranty Trust Bank Pic account number 0005659394 of Middlesex Investments Limited.

Also in count five, the EFCC alleged that between 26 August and 3 September 2019, the defendants failed to report in writing to the agency a single transfer transaction of the sum of $30,000 from the GTB account number 0005659435 of Middlesex Investments Ltd to the account of Olasupo Shasore.

The agency said this should be in compliance with Section 10(1)b of the Money Laundering Prohibition Act 2011 (as amended) and punishable under Section 10(3) of the same act.

The suspects are further accused of failing to comply with the requirements of submitting to the Federal Ministry of Industry, Trade and Investments, a declaration of the activities of the company as specified under Section 5(1)(a)(ii) of the Money Laundering (Prohibition) Act, 2011(as amended) and punishable under Section 16(2)(b)of the same act, among others.

NAN reports that the EFCC had, on 20 October, arraigned Mr Shasore before the Ikeja Special Offences Court.

He was arraigned on a two-count charge bordering on money laundering.

The former A-G of Lagos State was brought before Justice Mojisola Dada barely 24 hours after he was arraigned at the Federal High Court, Lagos division, on a four-count charge of money laundering.