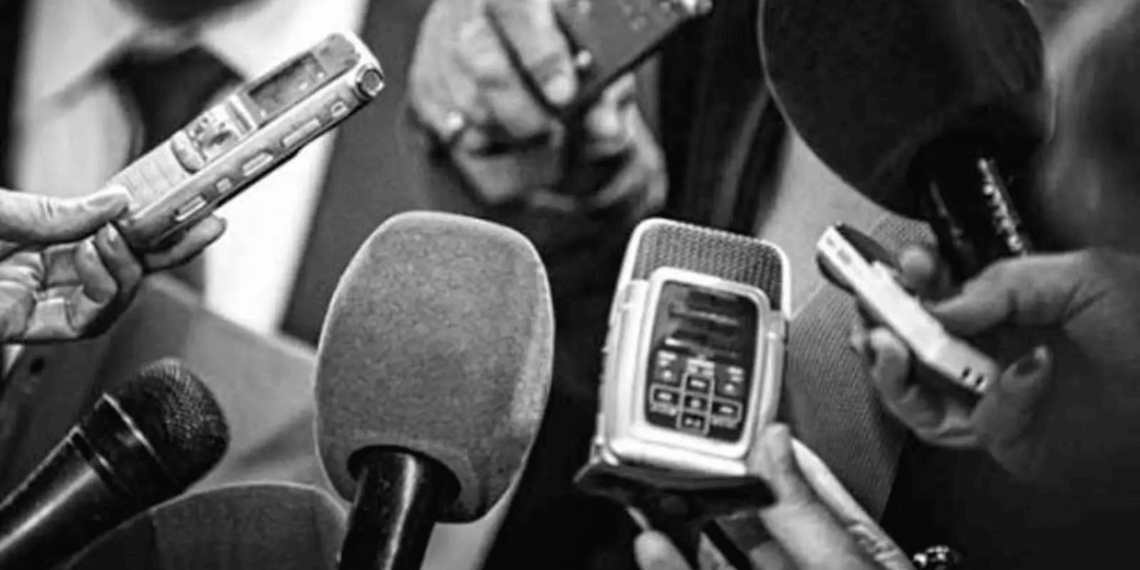 A stack of microphones, signifying an illustration of Journalists

IPI calls for renewed urgency in tackling crimes against journalists

States must urgently do more to protect the safety of journalists and bring those responsible for attacks on the media to justice says IPI.

States must urgently do more to protect the safety of journalists and bring those responsible for attacks on the media to justice, the International Press Institute (IPI) said to mark International Day to End Impunity on 2 November 2022.

Journalists uncover truth and hold the powerful to account. They bring us critical news and information that makes our societies safer and our democracies stronger. Yet this work comes at great risk. Journalism has become one of the world’s most dangerous professions.

More than 900 journalists and media workers have been killed in the past decade, according to UNESCO. Just this year, as many as 70 journalists and media workers have been killed worldwide – 15 in Mexico alone. The list of the deadliest countries for the press also includes Ukraine, the Philippines, Pakistan, and Haiti. But even journalists in more established democracies are not safe from violence, as recent murders in Malta, Slovakia, Greece, and the United States have shown.

Compounding this violence is the fact that the vast majority of journalist killings go unpunished. This impunity fuels further violence, weakens democracy, and harms everyone’s right to the truth.

The issue of impunity

Jamal Khashoggi, murdered and dismembered in the Saudi consulate in Istanbul on the orders of high-level Saudi officials in 2018; Daphne Caruana Galizia, Malta’s leading investigative journalist, murdered in a car bombing in 2017; Regina Martinez Perez, a respected Mexican crime reporter strangled to death in her home in 2012; Shan Dahar, a Pakistani journalist shot in the back and killed in 2014 after reporting on the unauthorized sale of medicines; Ahmed Hussein-Suale, an investigative journalist killed in Ghana in 2019 after helping to reveal corruption in African football; and IPI World Press Freedom Hero Shireen Abu Akleh, the renowned Al Jazeera correspondent shot and killed during an Israeli military raid in the West Bank this year.

In all of these cases, the killers enjoy total or partial impunity. And they are not alone. Globally, in at least nine out of ten cases, the killers of journalists go unpunished, according to UNESCO estimates. And if anyone is held accountable, it is usually the hired killers – the masterminds behind the murders of journalists are almost never brought to justice. This pattern is seen even where there has been some progress toward accountability, such as the murders of Caruana Galizia in Malta and Jan Kuciak in Slovakia. The masterminds have yet to face justice in those cases.

While police and law enforcement authorities in some countries may benefit from technical capacity and investigative support, the primary obstacle to justice in journalist killings is often a lack of political will. Often this is because the truth that would emerge from a full and transparent investigation would implicate those in power, threaten the vested political or economic interests, or bring down corrupted systems.

Impunity for the killings of journalists is a betrayal of justice with many victims. While this is first and foremost the targeted journalist and their families and colleagues – who are not afforded justice – the wider media community is also affected. As perpetrators are emboldened by the lack of consequences, other journalists may become targets. And fear can stop them from reporting on certain topics. Ultimately, this chilling effect means that the public is denied the right to the news and information needed to fully participate in society and hold those in power to account. Democracy suffers as a result.

Killing a journalist is the bluntest way of silencing the messenger. But journalists also face a range of other threats, ranging from kidnapping to physical assaults and online threats and surveillance. In these cases, too, there is a widespread lack of justice. This lack of justice encourages more violence, further endangering journalists‘ safety and ability to do their jobs.

This week in Vienna, representatives of U.N. member states will convene in Vienna for a global conference on the safety of journalists and to reaffirm commitments to the U.N. Plan of Action on the Safety of Journalists. This plan was launched in 2012 to better protect the press and address impunity.

Ten years later, it is obvious that not enough has been done. Journalists continue to be killed and impunity remains rampant. And this is happening as journalism comes under increasing pressure globally from authoritarian systems with no interest in a free press and from populists who smear independent journalists as enemies of the people. These developments are putting journalists in greater danger. The need to stop impunity and ensure consequences for those who attack journalists has never been more urgent.

IPI calls on states to redouble their efforts to protect journalist safety. Governments, law enforcement authorities, and courts must ensure that those who attack journalists are brought to justice. U.N. member states must fulfil their commitments made under the U.N. Plan of Action to end the impunity that undermines press freedom and threatens democracy.