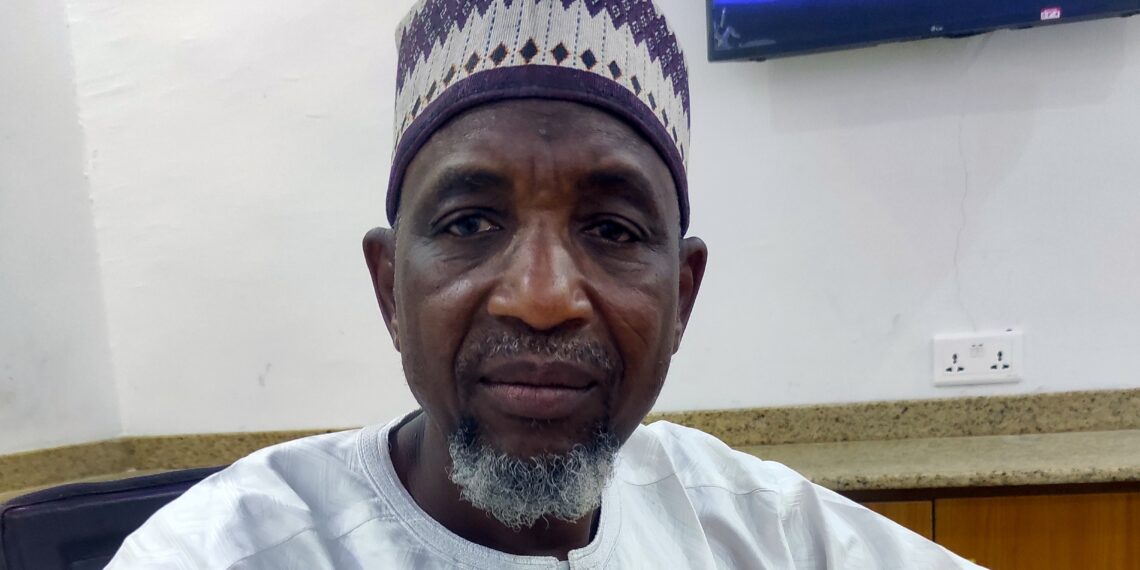 INTERVIEW: Floods: What government should do to help farmers — Bauchi RIFAN chairman

The rice farmers’ association leader noted that the government must invest in infrastructure to avoid flood-related disasters in the future.

Yahaya Yusuf is the Chairman of Rice Farmers Association of Nigeria and Vice Chairman of All Farmers Association of Nigeria in Bauchi State. He is a retired agriculture extension worker and a commercial rice farmer. In this interview with PREMIUM TIMES in Bauchi, Mr Yusuf speaks on the flooding in Nigeria and what the government can do to avoid future recurrence. Excerpts:

PT: Bauchi State has witnessed devastating floods this year, how has it affected rice farmers in the state?

Yusuf: We give thanks to God for sparing our lives to witness today. The floods have greatly affected rice farmers and other farmers too like everywhere in Nigeria. Thousands of farmlands have been washed away while others are still submerged in water. Our members, especially from Bauchi North, suffered the most. What we’ve done is to sympathise and offer support where possible. We’ve asked for comprehensive data on farmlands destroyed by the floods. We want it to be a thorough data so that we can work on it. We’re taking time to get the accurate data, so I can’t tell you exactly how many farmers are affected or how many farmlands have been washed away but it was devastating.

PT: I learnt that flooding has been an issue in Bauchi State…

Yusuf: As I’ve said before we started this discussion, there is the issue of water management in the country. The reality is that we need water management interventions to harness the uploads we get annually. Here (Bauchi) we once proposed Bagel dam during the Sheu Shagari administration (former President Shehu Shagari ruled from 1979 – 1984) but they didn’t do it. If we have something like that, the water would be going into the dam not into houses or farmlands and the level of destruction would reduce.

PT: If I understand you, you’re saying these are some of the reasons we are witnessing floods?

Yusuf: Of course yes. These are the issues. We also have the issue of silting of rivers by the authorities in our states. It has caused our rivers to be filled up with sand and once there is heavy rainfall or flow of water, it overflows and goes straight into our farms and houses. The rivers that are very deep have all been half-filled with sand and sometimes grasses which makes it easier for the water to overflow into communities. So, (the) government needs to take damping and dredging of our rivers seriously.

The rivers in Hadeija and Wudil are converging here (Bauchi). Things have changed. On your way to Jama’are and Kiyawa for instance, you’ll be seeing sand dunes that are always covered by water. We’ve reached out to the Hadeija – Jama’are river basin development authority and the Lake Chad Research Institute. They even came to Bauchi for a feasibility study. We wanted them to do barraging so that the water can serve a positive purpose. When you do such a thing, you’ll not need to build another dam for instance or even be afraid of water overflowing or destroying houses or farmlands.

PT: Would this flood disaster affect food security in the country?

Yusuf: Well, you’ve seen it yourself since you’ve gone round the affected areas. Rice farmers are the worst hit in these deep Northern states but we can’t overlook other farmers because the floods were devastating. It affected all sorts of crop farmers and that would automatically lead to food scarcity. Already, we’re complaining of a shortage of food as you know.

Don’t forget that it’s not only in the Northern states because after the devastation here the water moved down to the South. You’re a journalist and you know how far the floods have gone. The president and the humanitarian affairs minister have all said the situation is critical and food security is at risk. They want to open their silos to distribute grains. But that will not bring the desired solution to the situation. The federal government should ensure that farmers are fully into dry season farming.

PT: But some of the farmers I’ve met have already started preparing for dry season farming to make for the loss…

Yusuf: Yes. I know that. But it’s not sufficient. The issue is that we don’t have a good economic policy in this country which is affecting agriculture in particular and the other layers of the economy in general. As I was saying, these people that were using river banks to provide food for the country have lost a lot of money to the floods. What has the government done? So, I believe the only way we can help these farmers which will in turn help to avert food scarcity is to help them in the dry season farming. They should be supported because we’ve already started seeing signs of food shortage. Let the farmers be supported with subsidised seeds, working tools, loans and what have you because the farmers are feeling the heat of the destruction and the whole country will soon begin to experience lack of food.

Secondly, whenever there are floods issues like this one, the government comes up with plans. For instance, in 2007 and 2011 they initiated the (rice) dry season farming and it has now become a part of some of the farmers cycle and we’re seeing how that’s helping the rice farmers to increase the number of rice we provide to the people. The floods were not as deadly as this one.

So, since we already have these dry season farmers, I think it’s simple for the government to act. The issue as I said earlier is that things are hard and difficult already. The price of everything has gone up. For instance, diesel is now almost N900 per litre. How many farmers can afford diesel or petrol to power generating sets to pump water? This issue of powering generating sets is very important that I think we can even use solar energy that will solve about 60 percent of the cost of production. We can make up for most of what we missed during the floods.

The seeds are also expensive and now with these floods, where would one even see the seed? I don’t want to talk about fertilizer and pesticides for instance (laughs); these are things that have become very expensive.

Let the government get involved in dry season farming so that the farmers can get things at subsidised rates to make up for the loss due to the floods.