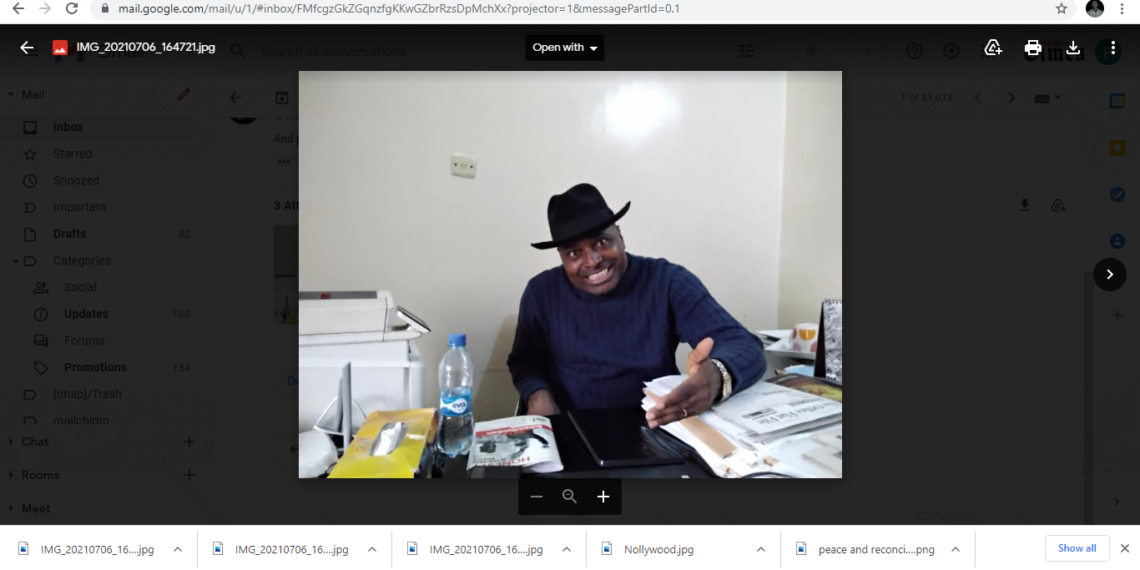 2023: ‘Presidential election is between Peter Obi and others’ – Kenneth Okonkwo

Okonkwo, a veteran Nollywood actor, said Peter Obi has already won the elections according to polls conducted by independent bodies.

As campaigns for the 2023 general elections enter full gear, a prominent member of the Peter Obi Presidential Campaign Council, Kenneth Okonkwo, has said that it is a no-contest for LP’s flag bearer, Peter Obi.

In an interview on Channels TV, Okonkwo, a veteran Nollywood actor, noted that Mr Obi has already won by polls conducted by independent bodies.

In September, the ‘Living in Bondage’ actor made headlines when he said the presidential candidates of the PDP and APC, Atiku Abubakar and Bola Tinubu, should step down for Mr Obi.

In a recent interview, Okonkwo said the results of three polls conducted by the Anap Foundation, We Together and Bloomberg show that Mr Obi is progressively taking the lead.

“Soon and very soon, before the election reaches when the two candidates would unravel, and I’m sure they are already unravelling, it will now be Peter Obi and others. Because then collectively in the poll, they will not have up to five per cent,” he said.

Speaking, the ‘Living in Bondage’ actor said the two other main contestants, Atiku Abubakar of the Peoples Democratic Party (PDP) and Bola Ahmed Tinubu of the All Progressives Congress (APC), are playing sectional politics.

He said: “As I have said, Atiku went to the North and said Northerners should vote only for somebody from the North. Not Yoruba, not Igbo. What can be more ethnic than that?

“Tinubu went to Ogun State and said it is the turn of the Yorubas, and when it comes back to the Yorubas, it is my turn. That is the meaning of an EMI loan. What can be more sectional than that?”

“It is not the turn of anybody. In 2023, it is the turn of Nigerians. Peter obi has displayed an uncanny character,” he said.

In July, Okonkwo, who belonged to the APC, resigned his membership over its Muslim-Muslim ticket for the 2023 presidential elections.

The actor made this known on his official Instagram page.

He stated that APC’s Muslim-Muslim ticket would permanently destroy the political viability of Christians in the north of Nigeria if allowed to stand.

The convener of the Campaign for Equity and Justice in Nigeria added that he resigned his membership in the interest of equity, justice, fairness and peaceful co-existence among Nigerians.

One month later, he defected to the Labour Party, where he was named as the spokesperson of the Peter Obi Presidential Campaign Council.

Okonkwo, one of Nollywood’s finest actors now has a career in law and politics.

An actor and lawyer, he says he is in politics to effect a change in the nation.

Another association of lawyers emerges