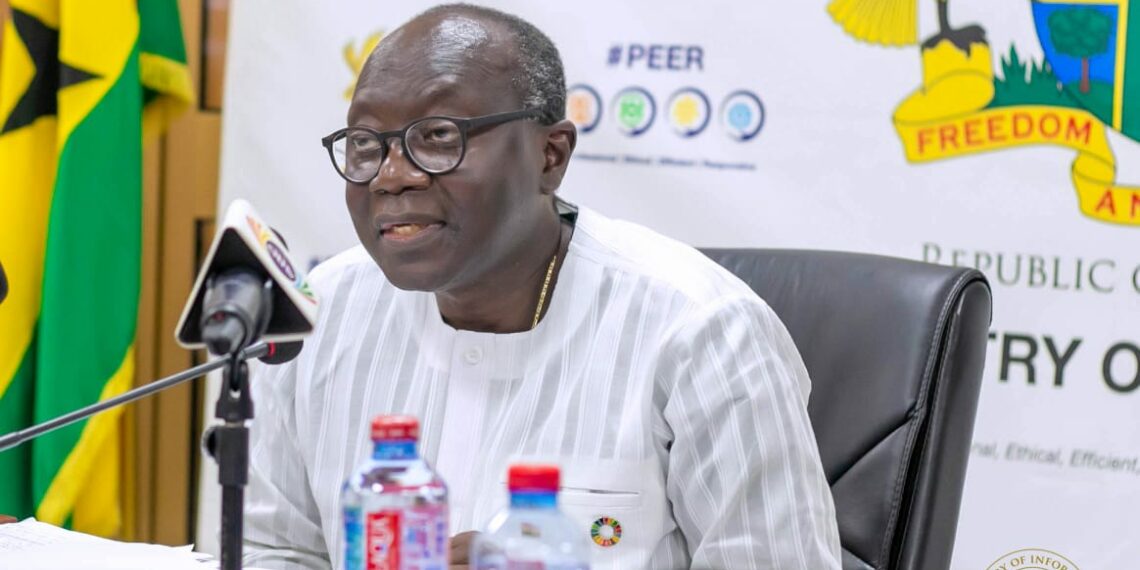 Mr Ofori-Atta is also accused of making unconstitutional withdrawals from the Consolidated Fund supposedly for the construction of the President's Cathedral.

A total of 137 legislators of the Ghanaian parliament have moved a motion to sack the West African country’s finance minister Ken Ofori-Atta.

“That this honourable house passes a vote of censure on the Minister responsible for Finance Mr. Ken Ofori-Atta in accordance with Article 82 of the 1992 Constitution on the following grounds,” a letter addressed to the speaker of parliament read.

The 137 legislators (out of 275) are the minority caucus of the parliament, representing half of the parliament. One-third of the parliament is required to sign a notice of a vote for censure. However, article 82 of the constitution stipulates that not less than two-thirds (183) of signatures are needed to pass a vote of censure of a government appointee.

According to the constitution, a vote of censure may or may not lead to the resignation or outright firing of a government appointee.

In the copy of the letter obtained by PREMIUM TIMES, legislators from the minority accused the minister of a ”despicable” conflict of interest ensuring that he directly benefits from Ghana’s economic woes as his companies receive commissions and other “unethical” contractual advantage, particularly from Ghana’s debt overhang.

Mr Ofori-Atta is also accused of making “unconstitutional” withdrawals from the Consolidated Fund supposedly for the construction of the president’s cathedral.

The legislators said he made “illegal” payments of oil revenues into offshore accounts and was “deliberately” and “dishonestly” misreporting economic data to the Parliament.

Stating further, the legislator accused the minister of “fiscal recklessness leading to the crash of the Ghana Cedi which is currently the worst performing currency in the world; alarming incompetence and frightening ineptitude resulting in the collapse of the Ghanaian economy and an excruciating cost of living crisis.”

Mr Ofori-Atta is a cousin to President Nana Akufo-Addo, who, according to local media, has shielded the former from parliamentary checks over time.

But that may not continue for long as about 80 members of the majority (the president’s party) have joined the call for Mr Ofori-Atta’s sack and also that of the junior finance minister Charles Boahen.

With this development, the finance minister may be on his way out, if the 80 majority legislators follow through with their demand.

Mr Ofori-Atta, however, has a right to defend his case as the parliament debates firing him.

This comes amidst Ghana’s financial crisis and the look towards the International Monetary Fund (IMF) for a bailout.

According to CitiNewsroom, the ongoing crisis has seen inflation reach 37.2 per cent and the cedi tagged as the worst-performing currency in 2022, trading at around GH¢14 to a dollar.

Brain Drain: Like doctors, Nigerian nurses are also migrating, many to UK