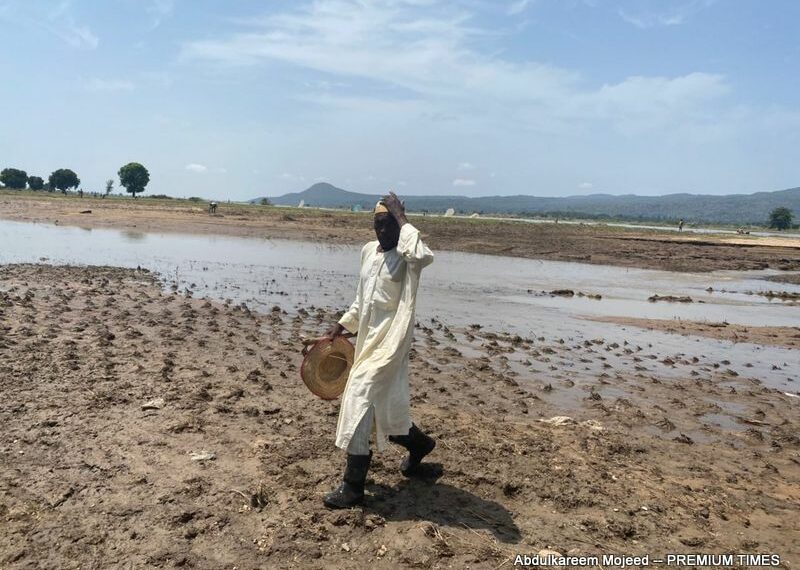 Less than two weeks to harvest, farms along the perimeters of the River Benue and its tributaries have been submerged in the last two months.

It is the season for harvesting rice in Nigeria. Rice farmers in Adamawa State and across major rice producing states have already commenced threshing—separating grains from straws, sun-drying and bagging of harvested paddies for further processing and sales.

This is not the case for a majority of rice farmers across rice producing states that have been impacted by the recent flooding disaster in Nigeria.

A visit to Adamawa State by PREMIUM TIMES revealed that hundreds of smallholder farmers in affected areas cultivated rice, maize and other crops along the perimeters of the River Benue and its tributaries. In less than two weeks to harvest, their farms have been submerged by water. Flooding has impacted several communities across the 21 local government areas of the state within the last two months.

Because adequate irrigation is a basic requirement for high productivity of the crop, as this reporter travels across the length and breadth of flooded communities and local government areas in Adamawa, it was observed that a large chunk of subsistence farmers in the state planted their cereals a few meters away from the River Benue bank and tributaries that cuts across seven of the LGA for seamless irrigation purpose.

They have lost almost all their crops to the flood disaster triggered by the overflowing river as rainfall increases. 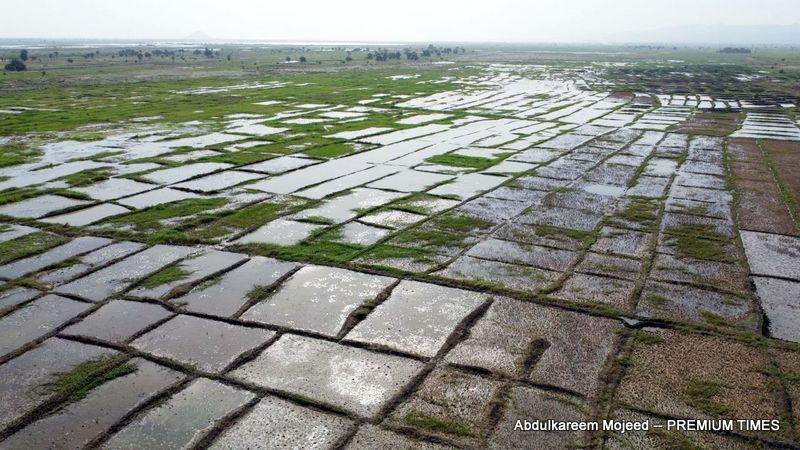 While some farmers across worst hit communities in Lamurde, Demsa, Numan and Fufore local government areas were seen harvesting and bagging upland rice paddies, those whose crops were earlier submerged were trying to recultivate their farmlands in preparation for dry season farming since the rainy season is fizzling out.

Botanically referred to as Oryza sativa, Rice is an edible starchy-grain crop that is arguably consumed in all Nigerian homes and by roughly one-half of the global population, including almost all Asians.

The crop belongs to the grass family (Poaceae) and grows to about 1.2 metres (4 feet) in height, with long flattened leaves borne on hollow stems (straws) bearing clusters of inflorescences with spikelets hosting flowers that bore the rice grains. 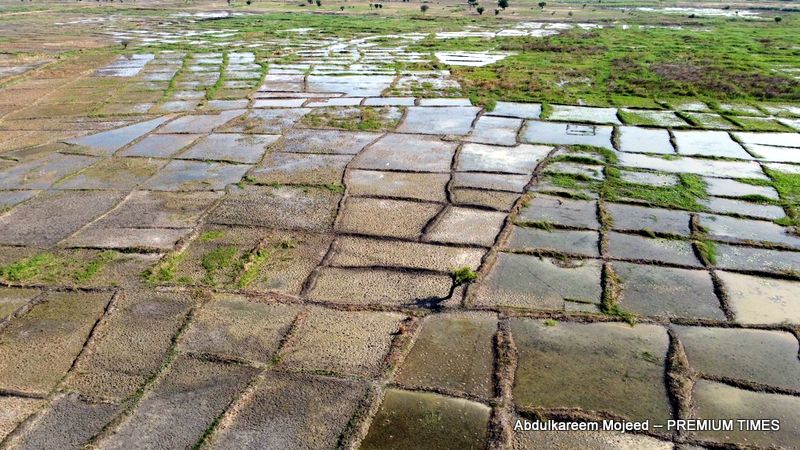 Nigeria is currently the highest producer of milled rice in Africa and is ranked 14th in the global pecking order, with a production figure pegged at 5.4 million metric tonnes, data published by the United State Department of Agriculture revealed.

The possibility of Africa’s giant recording a significant drop in major grains( rice, maize, millet etc) production output this year is imminent if proactive measures are not put in place swiftly as the dry spell farming approaches.

Below are pictures showing what rice farmers in Adamawa State are currently doing as flooded farmlands are receding.

P.s: A detailed report on the real causes of flooding in the state, lamentation of different crop/fish farmers, government officials, village heads & emirs, and impacts on displaced women/children are underway. 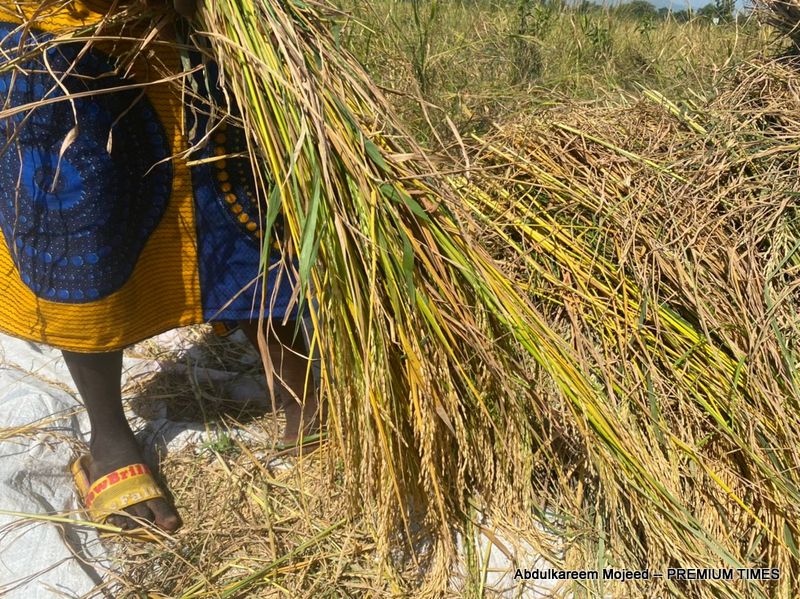 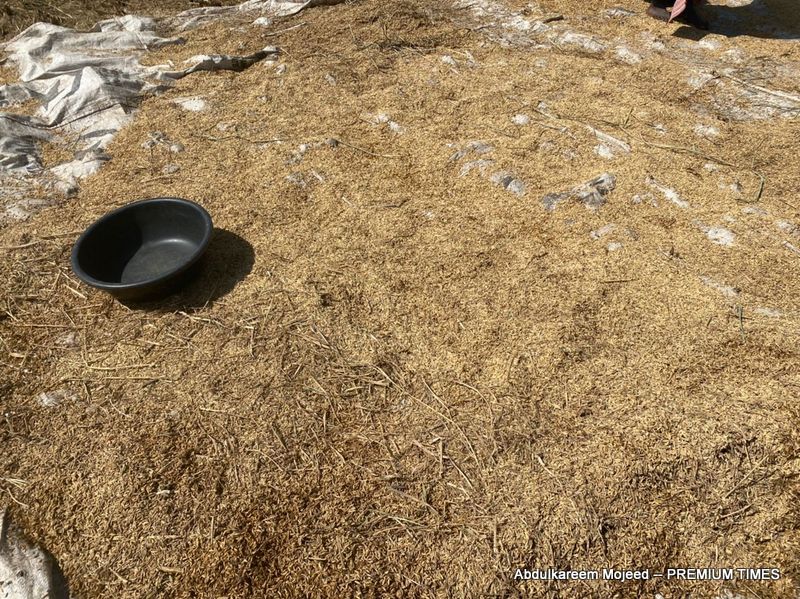 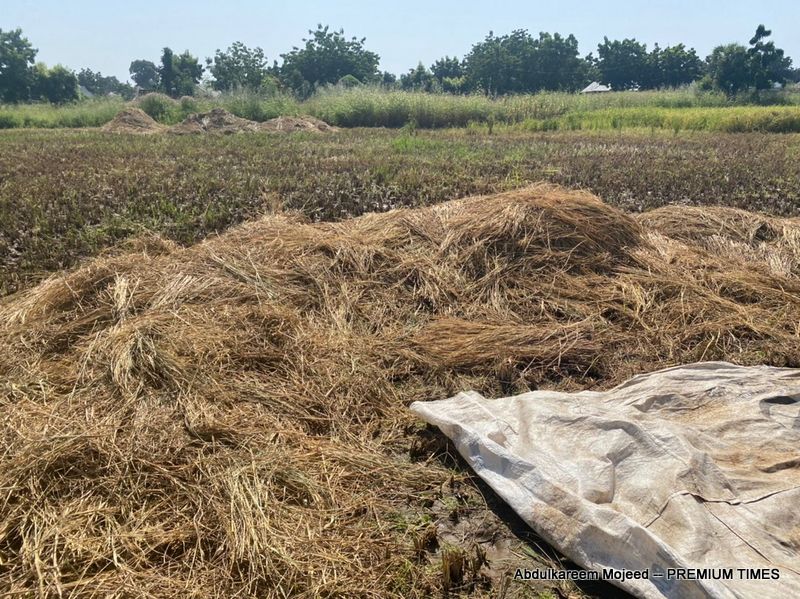