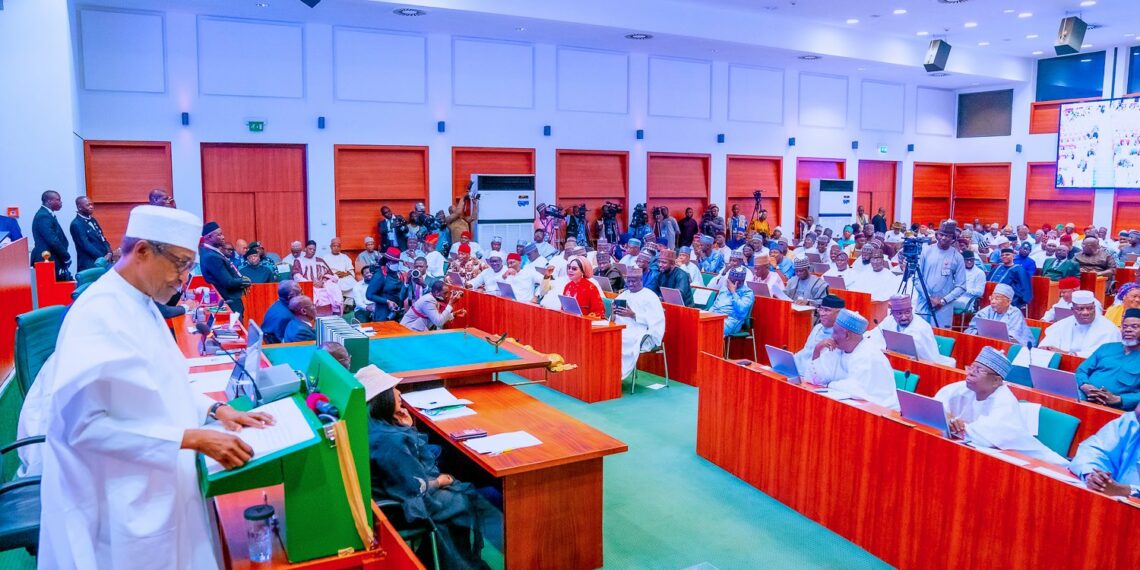 Mr Buhari says the current practice where the National Assembly passes budgets for GOEs without his knowledge is at variance with the budgets sanctioned by him and against the rules.

President Muhammadu Buhari has asked lawmakers to stop approving budgets for Government-Owned Enterprises (GOEs) without his knowledge or approval.

He gave the warning on Friday when he appeared before a joint session of the National Assembly to present the 2023 budget proposal.

The president asked lawmakers to make sure budgets for GOEs in the 2023 budget be returned to the Executive after due approval by the legislature’s relevant committees.

“I would like to implore the leadership of the National Assembly to ensure that the budget I lay here today, which includes those of the GOEs, be returned to the Presidency when passed,” he said.

“The current practice where some committees of the National Assembly purport to pass budgets for GOEs, which are at variance with the budgets sanctioned by me, and communicate such directly to the MDAs is against the rules and needs to stop.”

The president’s warning is similar to directives he gave in 2018 when he said annual budgets of GOEs shall be presented to the Budget Office for review, further to which they will be submitted to the National Assembly by the president along with the national budget.

GOEs shall no longer send their budgets directly to the National Assembly, he had warned.

“Consideration and passage of budgets of GOEs shall, going forward, be scheduled alongside the main budget of the federal government; and agencies with capacities to be self-funding shall be categorised and removed from the National Budget,” the president said at the time.

The latest warning is one of the few times the president would query lawmakers regarding budgeting.

Before he signed the 2022 Appropriation bill, he queried the National Assembly for reducing the provisions made for about 10,733 projects and introducing about 6,576 new projects in the budget.

He complained about how the new projects inserted into the budget summed up to about N36.59 billion.

The president said to address structural problems in the economy and drive growth, capital releases thus far have been prioritised in favour of critical ongoing projects in the power, roads, rail, agriculture, as well as health and education sectors.

ValueJet is ready to fly, launches with “First Flight on Us” Promo