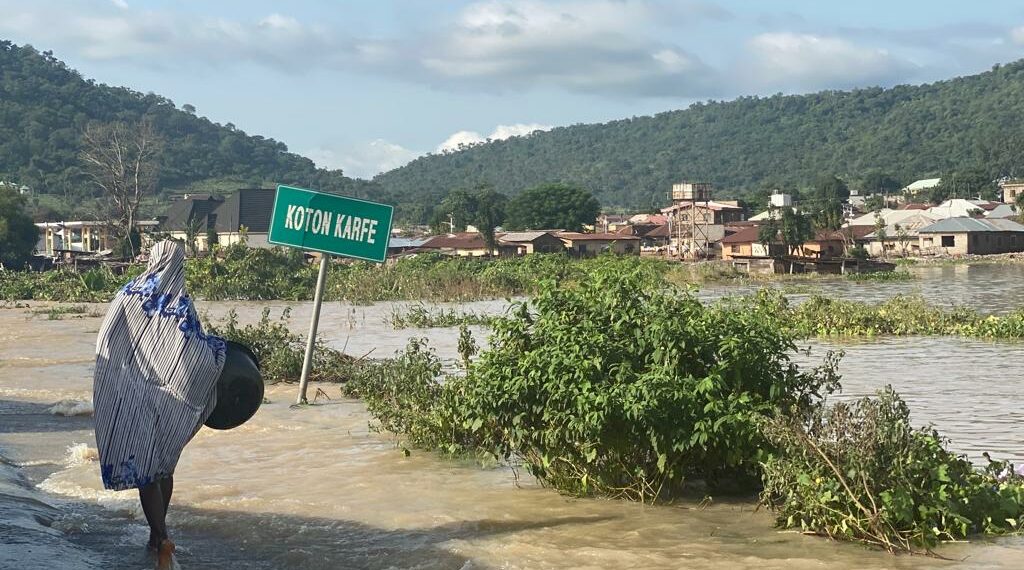 Flood has taken over the Lokoja - Abuja, Ganaja - Lokoja highways leading to a gridlock

Some parts of the state are facing record flooding. Vehicles, houses and farmlands have been submerged.

In a statement by the Corps Public Education Officer, Bisi Kazeem, the flooding has led to disruptions of free flow traffic on the “Lokoja – Abuja Expressway for the last three days.”

The corps advised travellers going to the South-west region of the country to divert and follow the Sule – Bida – Mokwa road.

“This is due to the fact that the water level may take another two or more days to subside,” Mr Kazeem said.

Mr Bello, who spoke to State House correspondents after a closed-door meeting, said he briefed the president on the situation and the happenings in the state.

He commended the federal government for its interventions but expressed regret that the magnitude of the disaster required the government to supply more relief materials for the victims.

“As usual I came to brief Mr President on the situation reports and the happenings in my state periodically. I am sure you are all aware of the flood problem that is happening all over the country and Kogi is worst hit being the confluence state, confluence of the two rivers,” he said.

AU at 20: Burkina Faso and the ‘curse’ of coup d’état, By Adeoye O. Akinola