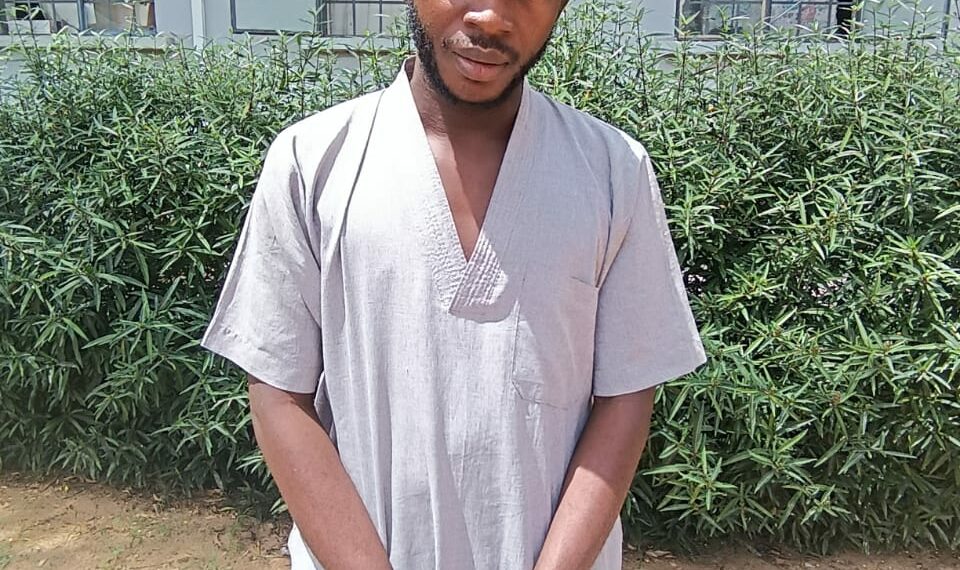 The escapee, a resident of Kaduna, was re-arrested in Kano.

The police in Kano re-arrested a suspected Kuje prison escapee at Rangaza community in Ungogo Local Government Area of the state.

The police spokesperson in Kano, Abdullahi Kiyawa, in a statement, identified the suspect as Abubakar Muhammad-Sadiq, 25, a resident of Badarawa quarters in Kaduna North Local Government Area.

PREMIUM TIMES reported how terrorists in July used explosives to breach the correctional facility in Kuje in Abuja, leading to the escape of over 800 of the 994 inmates.

Several of the escapees were reportedly re-arrested. Also, an officer of the Nigeria Security and Civil Defence Corps and four inmates were killed during the attack.

Mr Kiyawa said the escapee was re-arrested following a directive from the Inspector General of Police, Alkali Usman, and the police commissioner in Kano, Abubakar Lawal, to the police to rejig its intelligence gathering strategy and community policing engagements.

The police said the escapee, who was arrested on 23 September, has been handed over to the Nigeria Correctional Service in Kano.

“The Commissioner of Police appreciates the good people of Kano State for their continuous support, encouragement and cooperation.

“He urged residents to continue to pray for the state, and the Nation and report incidents to the nearest police station and not take laws into their hands.

“Raids of criminal hideouts and black spots will continue throughout the state as the command will sustain the tempo in ensuring a peaceful atmosphere in Kano State. In case of emergencies, the command can be contacted via; 08032419754, 08123821575.

or through the “NPF Rescue Me Application” available on the Play Store,” the spokesperson said.