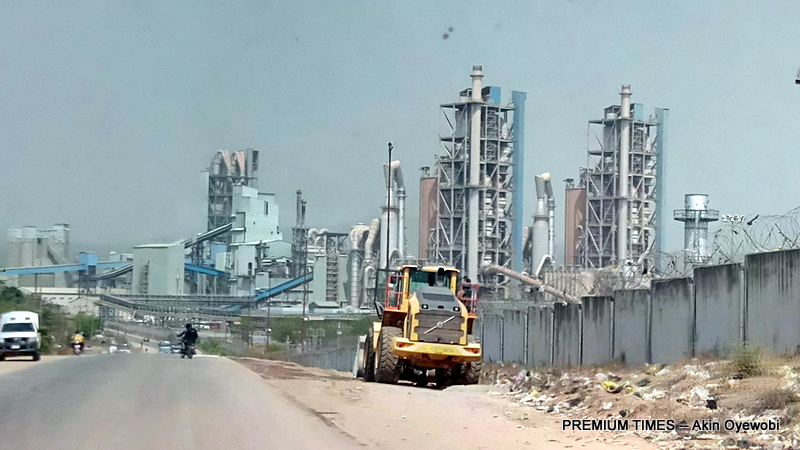 The Obajana Cement was purportedly sold by the Kogi government to Dangote Cement in 2002, but the current administration questions the acquisition.

The Kogi State House of Assembly Wednesday directed ordered the shutdown of a factory of Dangote Cement Plc situated at Obajana in the north-central state, saying the asset was not legitimately acquired by the firm.

Aliko Dangote, Africa’s richest man and the company’s majority shareholder, has been summoned to a meeting with the lawmakers, the state legislative arm said, but demanded more time to do, according to a statement seen by PREMIUM TIMES.

An email seeking comments from Anthony Chiejina, the spokesperson for the Dangote Group, was not immediately replied.

Resident youth thronged the factory to drive out staff after the news of its closure order broke into the open but faced resistance from officials of the state government.

Chief among their grievances is alleged corporate social responsibility failure by Dangote Cement bordering on environmental hazards from industrial pollution induced by factory activities and neglect of the host community it is “making billions from.”

The government’s action is the outcome of a petition by locals, prompting inquiry into the nature of the transaction leading up to the purchase of the factory two decades ago.

Obajana Cement, previously owned by the state government, was sold to Dangote Cement in 2002.

“It was found that no valid acquisition took place, as Dangote could not show evidence of what was paid as consideration for the acquisition,” the Kogi State Commissioner for Information Kingsley Fanwo told journalists.

“The House of Assembly therefore ordered the closure of the company pending when they are able to present it with credible evidence of a valid acquisition,” Mr Fanwo said, noting the decision became necessary following delay by Dangote to meet the lawmakers.

A separate document endorsed by the commissioner said a youth suffered gunshot injuries after gunmen hired by the factory opened fire.

“Today’s operation at Obajana has further opened the eyes of the State Government to the criminal hub that Obajana is fast becoming with the level of arms and ammunition deployed by hoodlums hired to stop the sealing of the company as directed by the State House of Assembly,” it said.

Dangote Cement, Nigeria’s second biggest public company by market value, reported total sales of N808 billion and net profit of N172.1 billion in the first half of the year.