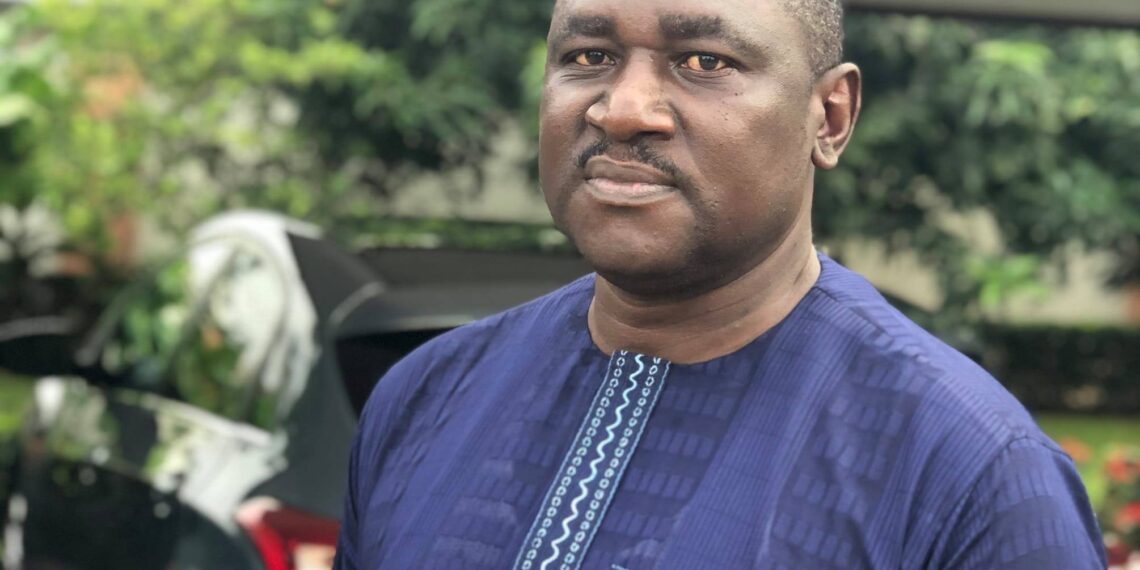 The Minister said since he assumed office, NUT has not embarked on strike, commending the union for patriotism, even as he reeled out the government's packages for teachers.

The newly elected President of the Nigeria Union of Teachers (NUT), Audu Amba, has said the challenges of shortage of teachers, poor infrastructure, inadequate funding and refusal of some states to implement the N30,000 minimum, among many others, have thrown Nigeria’s education system into “crisis.”

Mr Amba said this on Wednesday while delivering his speech at the Eagle Square in Abuja during an event to mark this year’s World Teachers’ Day.

He said: “It is regrettable that this deplorable state of education and poor working conditions of teachers adversely affect education service delivery, especially in the public sector.”

Mr Amba, therefore, called on both the federal and state governments to increase budgetary allocation for the sector.

He said: “Let me use this occasion to reiterate our call on governments at both national and sub-national levels to place a high premium on education and accord teachers their pride of place in society.

“In this regard, we must brace up as a nation to invest adequately in education by raising the budgetary allocations to education in line with the internationally recommended benchmarks of at least 4 per cent to 6 per cent of GDP and/or 15 per cent to 20 per cent of public expenditure.”

The NUT president, however, commended President Muhammadu Buhari for signing the bill for the harmonisation of teachers’ retirement age.

Mr Amba, therefore, called on the President to expedite action on the implementation of other welfare packages promised to the teachers.

He extended the appeal to the state governments to implement relevant pledges, saying the best investment can only be made in the education sector.

Meanwhile, the Nigerian government has also appreciated the teachers’ union for ensuring industrial harmony in the country’s public primary and secondary schools.

The Minister of Education, Adamu Adamu, said the teachers have remained committed despite being “sometimes at the receiving end of intolerable policies, practices and experiences.”

“I note with an enormous debt of gratitude that the Nigeria Union of Teachers (NUT), the umbrella association of all teachers, never called out their members on strike or stopped catering for the educational needs of our children throughout my tenure as minister of education,” Mr Adamu said the event.

Unlike the NUT, lecturers in Nigeria’s public universities under the Academic Staff Union of Universities (ASUU) have been on strike for almost eight months, demanding improved funding for the university system and welfare for its members.

While acknowledging that there is more to do, Mr Adamu said the scorecard of President Muhammadu Buhari’s welfare for the teachers is commendable.

He listed the welfare packages to include the new retirement age of teachers which is now 65 years of age or 40 years of service as opposed to 60 years or 35 years of service for other civil servants. “This is to retain experienced hands in the teaching profession,” he said.

The minister added: “We have adopted a career path policy that will see our teachers specialise and practice their profession on the basis of skills sets, aptitude and proficiency, and continuing professional development.

“We have significantly improved teacher quality through steadfast implementation of certification and removal of quacks from our classrooms, through the untiring efforts by the Teachers Registration Council of Nigeria (TRCN) and the National Teachers Institute (NTI).”

The Minister added that plans have been concluded to commence the payment of stipends and scholarships to education students in Nigerian universities and colleges of education “to boost enrollment and with the assurance of automatic employment upon graduation.”

He also disclosed that the National Salaries, Incomes and Wages Commission has completed work on the reviewed remuneration package for teachers in basic and secondary schools including provisions for rural posting allowance, science teachers’ allowance and peculiar allowance.

“Implementation is awaiting the conclusion of consultations with state governments and the National Assembly,” he said.

He added: “To mitigate the current dearth of qualified teachers in the school system, the government has commenced the implementation of a teacher conversion programme with ICT training, starting with the Federal Civil Service. We are pleased to note that a number of states have also implemented the scheme.

“The Federal Ministry of Education in partnership with other agencies of government has commenced the implementation of welfare programmes approved by Mr President for teachers including sponsorship to refresher training to benchmark best practices, building low-cost housing in rural areas and the introduction of a specialised pension scheme.

“Similarly, the biological children of teachers can now attend their respective schools at no cost as an additional incentive for committed service and in appreciation of the sacrificial spirit that propels it.”

He said curriculum has been revamped and that History and Religious Knowledge have been introduced as stand-alone subjects. “We are also working with professional associations and religious bodies including the Nigerian Historical Society to address the shortage of teachers in specialised subjects.”