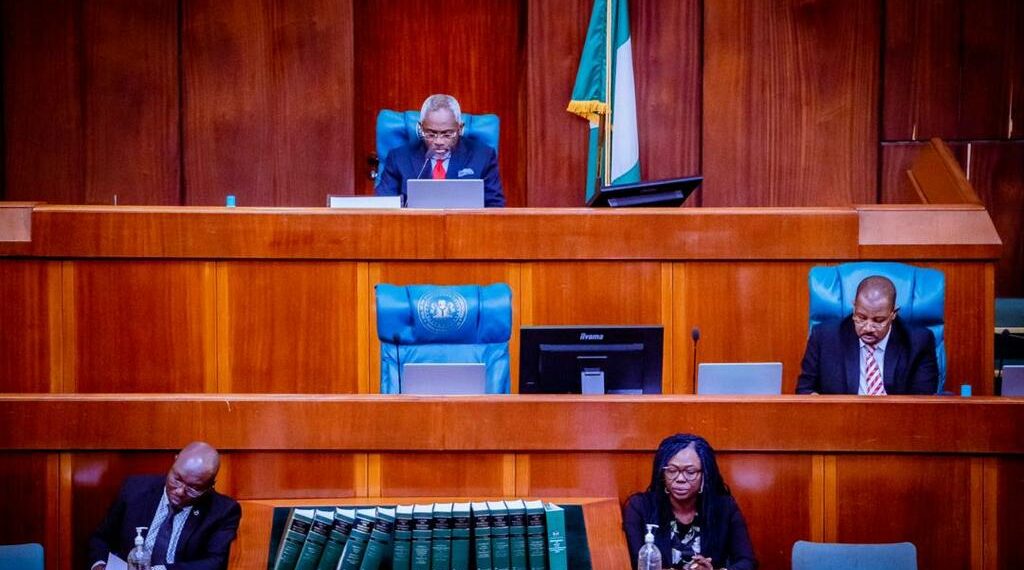 The International Teachers Day is held annually on 5 October.

The House of Representatives on Wednesday gave a standing ovation to Nigerian teachers to commemorate International Teachers Day.

The decision to honour the teachers followed a motion of personal explanation moved by Dachung Bagos (PDP, Plateau).

However, there was quibble between the Deputy Speaker of the House, Idris Wase (APC, Plateau) and the mover of the motion, Mr Dachung, leading to a hot debate among members.

The Majority Leader of the House, Alhassan Doguwa (APC, Kano), raised a point of order that Mr Bagos brought the motion under a wrong procedure. He argued that Mr Bagos should have moved a substantive motion.

Reacting to the motion, the deputy speaker accused Mr Bagos of having ulterior motives in moving the motion.

“Bagos is trying to use this platform to gain that attention; I will prefer the motion to come from people who know the value not from those who are trying to use the teachers to gain control of the electoral process,” he said.

Defending his colleague, the Minority Leader, Ndudi Elumelu (PDP, Delta), said the mover of the motion did not move it based on ulterior motive.

He added that there was nothing mischievous in the motion nor was Mr Bagos trying to pull a political stunt.

“It has nothing to do with Bagos seeking political relevance. For me, there’s nothing mischievous with Bagos’ move, nothing political. One way or another we went through them (the teachers). Bagos is talking about teachers in Nigeria. If Wase is insinuating that this is political for Bagos to win election then it’s not parliamentary,” he said.

Exercising his right of reply, Mr Wase said he was not against the motion to honour teachers, but the procedure used by Mr Bogos.

Mr Wase said “let us not begin to inpute what’s not the motive, the motive is to honour teachers. I come from a teaching background and the parliament has done a lot for their betterment.”

The controversy over the procedure divided the lawmakers as some backed Mr Bagos, while others backed the deputy speaker.

The disagreement was squashed by the Speaker, Femi Gbajabiamila, who disclosed that he directed Mr Bagos to use personal explanation to raise the matter.

To celebrate teachers, the Speaker allowed lawmakers to talk about their favourite teachers.

Mr Kiri was given a standing ovation by the lawmakers.

Following the contributions by members, the lawmakers observed a minute silence in honour of all deceased teachers in the country.