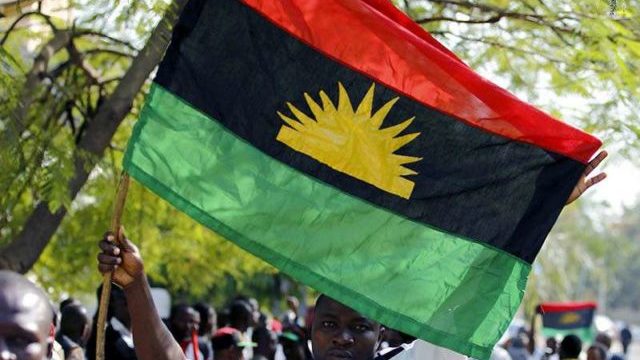 The group's position is a counter to IPOB agitation for an independent state of Biafra which it wants carved out from Nigeria.

Ohanaeze Ndigbo, an apex Igbo socio-cultural organisation, says the body is against violent agitation in any form, and that it believes in the corporate existence of Nigeria.

The group stated this at a news conference on Monday in Abakaliki as part of activities marking the 62 anniversary of Nigeria’s independence and the 26th anniversary of Ebonyi State.

The Ohanaeze, which spoke through the President of its Ebonyi chapter, Peter Mbam, said the group was, however, against all forms of marginalisation, including social injustice and misgovernance.

He said Ohanaeze as a socio-cultural group representing the interest of the Igbo both within and in the Diaspora, has the responsibility to protect the Igbo in every part of the world.

He said: “As the name implies, Ohanaeze Ndigbo is responsible for the protection of Ndigbo Worldwide. There’s no part of the world where you will not find an Igbo man or Igbo people.

“In Nigeria, Ohanaeze supports all agitations that support the interest of Ndigbo and any other marginalised group.

“We work with governments at all levels; the federal, state and local governments to ensure that the citizens get what they expect from the leadership of the country.

“We want to make sure that their religious, economic and political interests are secured.

“We are advocates for lawful approach in solving critical national problems; we believe in diplomacy and round-table approach and do not support Ndigbo to leave Nigeria.

“We still want to be in Nigeria. We want a restructured Nigeria where social justice, fairness, equity and equality will reign supreme and we want a Nigeria where we will be treated not as second-class citizens.”

The group’s position counters that of the IPOB agitation for an independent state of Biafra which it wants carved out from Nigeria.

Ohanaeze reiterated its support and solidarity with Governor Dave Umahi’s administration because of “the many life-changing and human-oriented projects the administration initiated and completed”.

“We have taken time to appraise what our governor is doing in this state, having gone round the three zones of the state. We did that again last week as part of activities to mark the creation of Ebonyi.

“We inspected nine gigantic projects and concluded that Umahi has performed beyond imagination and expectations.

“We were not anticipating what we are seeing now; we will provide enabling environment for his administration to succeed and do more.

“We look at the governor’s security architecture and discovered that Ebonyi is the only state where you can sleep with your eyes closed.

“We are appreciative of the governor’s empathy and sympathy for the less privileged and the strive to make life meaningful through the series of economic empowerment he gave to the youths,” the group said.

The group spoke on the 2023 general elections in Nigeria.

“We want the election of next year to be the most peaceful. We will go down to the grassroots to deliver our message; you don’t equip the young men to go against your political opponents, we want them to see themselves as contestants, that’s what we are talking about,” Mr Mbam said.

The group said that maintaining the power rotation in the state would serve the best interest of all the three geopolitical zones in the state, and therefore expressed support for the Ebonyi North District to produce the next governor of the state.

“We, the Ohanaeze Ndigbo family in Ebonyi are united. We share the same philosophy and ideology. We believe in the Senatorial zones. We are supporting our governor that power should shift to the Ebonyi North.