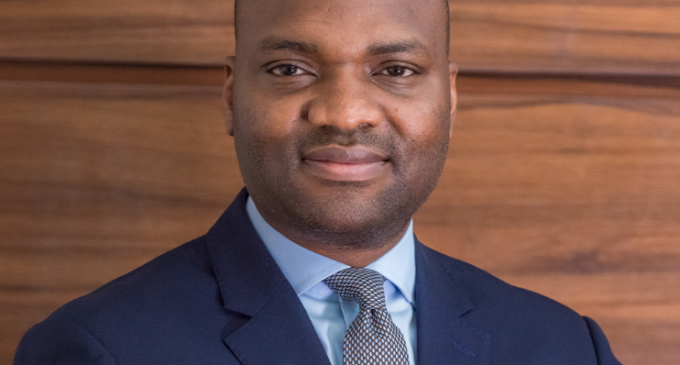 President Muhammadu Buhari has approved the appointment of Aminu Umar-Sadiq as the Managing Director and Chief Executive Officer (MD/CEO) of the Nigeria Sovereign Investment Authority (NSIA).

The appointment of the new MD & CEO follows then end of Uche Orji’s two successive five-year terms since his appointment on October 2, 2012, which elapsed on September 30.

The NSIA (Establishment) Act 2011 grants power to the president to appoint individuals to the board of directors on the recommendations of the minister of finance, who shall consult with the NEC

The Nigeria Sovereign Investment Authority (NSIA) is an investment institution of the federation set up to manage funds in excess of budgeted hydrocarbon revenues.

Its mission is to play a leading role in driving sustained economic development for the benefit of all Nigerians through building a savings base for the Nigerian people, enhancing the development of Nigeria’s infrastructure, and providing stabilization support in times of economic stress.

Prior to his appointment, Mr Umar-Sadiq was a former Executive Director and Head of Infrastructure at the NSIA. He holds a Bachelor’s and Master’s degree in Engineering Sciences from the University of Oxford (Saint John’s College), Oxford, United Kingdom (UK).

In his most recent role at NSIA, he served as the Executive Director responsible for all investment and portfolio management activities of the Nigeria Infrastructure Fund (NIF), NSIA’s multi-product, cross-sector domestic infrastructure fund.

According to the NSIA, Mr Umar-Sadiq led a team of over 20 investment professionals in originating, executing and managing direct investments and private equity investments across the Healthcare, Agriculture, Power, Transportation, Gas-Based Industries and Technology sectors.

He has antecedents at both Morgan Stanley, London and Societe Generale, London, where he worked in Mergers and Acquisitions; and at Denham Capital Management, a natural resources and infrastructure focused Private-Equity fundBusiness School in 1998.

Mrs Makoju, who was appointed the Executive Director, Operations and Corporate Services, is a certified professional accountant with 27 years of experience under her belt.

In her role as Financial Controller at NSIA, the Authority noted that she had oversight responsibility for the Financial Management function of the Authority. Prior to NSIA, she worked as the Financial Manager in YF Petroleum, JV Accountant in Shell Nigeria Exploration and Production Company, Head of Finance in Hewlett Packard Africa and a Senior Analyst in Arthur Andersen.

She graduated with a First-Class Honours Degree in Accounting from the Obafemi Awolowo University, in 1995 as the Best Student in Financial Accounting and won the SWAN Prize for Best Graduating Female Student.

She is a Fellow of the Institute of Chartered Accountants of Nigeria and obtained an MBA from the University of Warwick, UK, in 2014.

On his part, the NSIA said Mr Owodunni has served as the Chief Investment Officer (CIO) since 2020. He is a consummate professional with over two decades of cognate experience principally in the financial services sector spanning Investment Management, Risk Management and Treasury.

He is responsible for deploying capital across various investment mandates for NSIA.

Prior to joining NSIA, Mr Owodunni was Head, Risk Management at Dunn Loren Merrifield. Before that, he worked as a Risk Manager at Credit Suisse, London. He was also a member of the pioneer team that started the Hedge Fund Development and Management Group at Merrill Lynch (now Bank of America Merrill Lynch) in London.

He is a Goldman Sachs alumnus, who holds a Master’s degree in Chemical Engineering from Imperial College, London and an MBA from INSEAD, France. He is also CFA Charter-holder.

“They are all expected to help steer and transform the investment and infrastructure industry and propel the sector to a high pedestal,” the statement added.