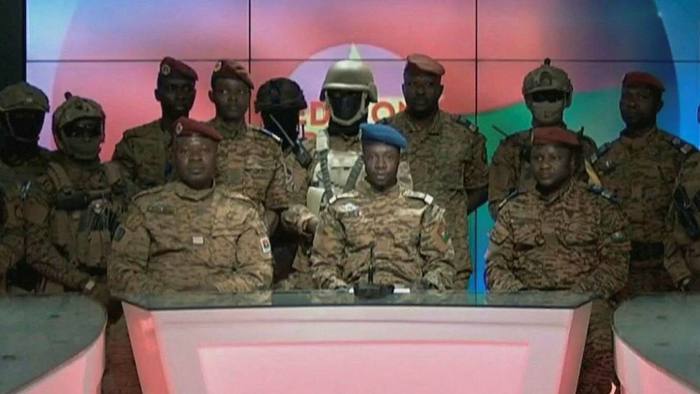 "The world is increasingly moving from democracy to illiberalism, and in West Africa’s case, the pace of the slide towards illiberal democracy, and now into full-blown military dictatorship is alarming..."

There have been seven successful coup attempts in Africa in the last three years, raising concerns about the decline of democracy on the continent.

In January, the UN Secretary-General, Antonio Guterres, while condemning the first coup in Burkina Faso, asked all coup leaders to lay down their weapons and protect the country’s institutions.

He again condemned attempts to seize power by the force of arms and called on all actors to refrain from violence and seek dialogue.

“Burkina Faso needs peace, stability, and unity to fight terrorist groups and criminal networks operating in parts of the country,” said Stephane Dujarric, spokesman for Mr Guterres, in a statement. 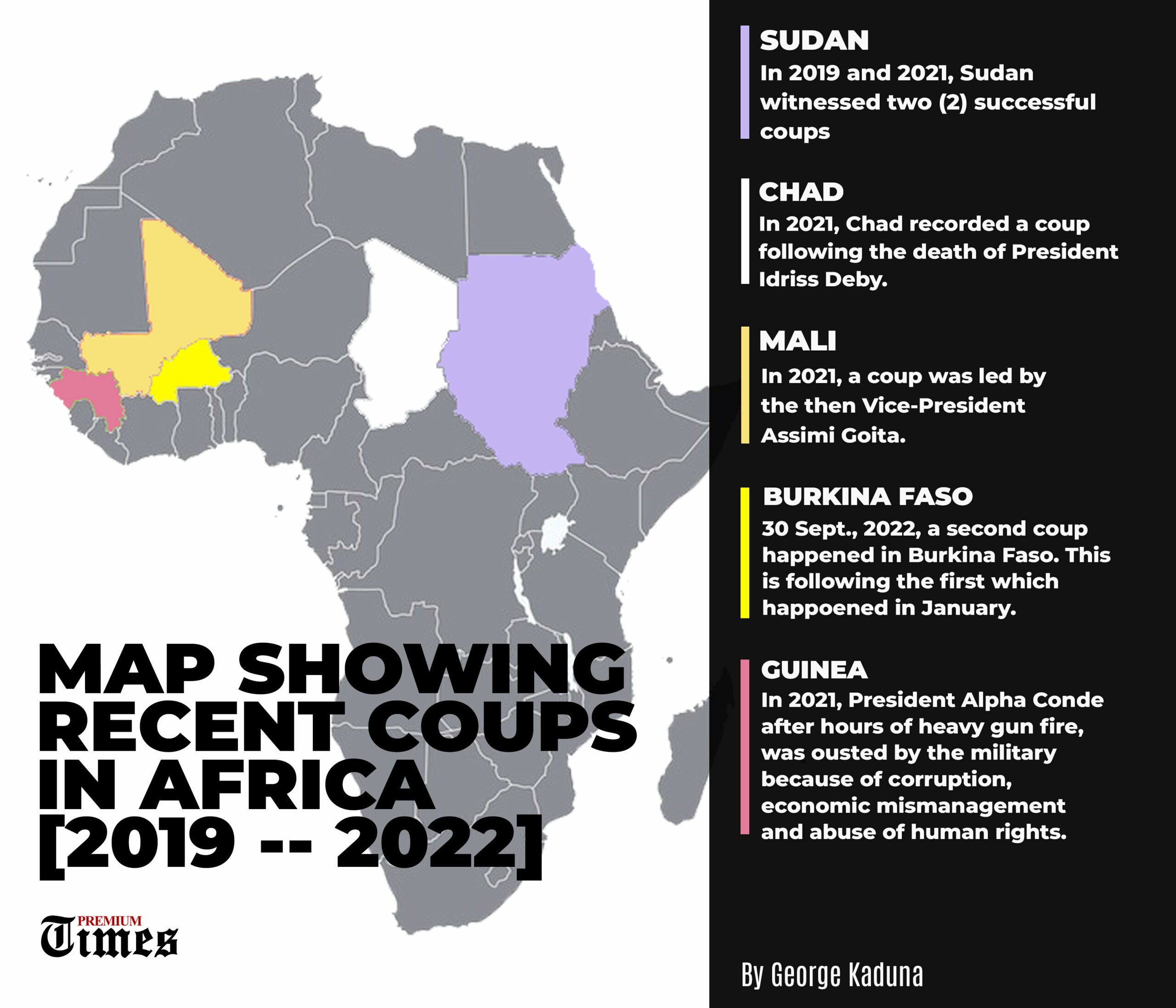 Coups are not new to Africa, home to about 1.4 billion people, about one-fifth of the global population.

After most African countries gained independence in the mid to late 20th century, many of them witnessed takeovers of the government by the military.

Findings by Jonathan Powell and Clayton Thyne at the University of Central Florida and the University of Kentucky show that of 486 attempted or successful coups carried out around the world since 1950, almost half (214), the most of any region, occurred in Africa with 106 of them successful.

In contrast, from 2019 to date, there have been at least seven successful coups on the African continent, most of them in West Africa.

‘’The world is increasingly moving from democracy to illiberalism, and in West Africa’s case, the pace of the slide towards illiberal democracy, and now into full-blown military dictatorship is alarming and shows that democracy on the continent is not in a good place at the moment,” said Cheta Nwanze of SB Morgen Intelligence.

Last week’s coup in Burkina Faso is the most recent as residents woke up to gunfire with an army captain eventually announcing that the military ruler, Paul-Henri Damiba, had been deposed and the constitution suspended.

Last week’s takeover was the second this year in Burkina Faso. In January, Mr Damiba, also a soldier, announced that he had deposed President Roch Kabore, suspended the constitution, dissolved the government and the national assembly, and closed the country’s borders.

In May 2021, a coup was reported in Mali led by then Vice President Assimi Goïta.

In the same year, Chad, Guinea and Sudan also recorded coups with some coups also failing in Niger and Sudan.

In April 2021, Chad recorded its coup following the death of President Idriss Deby. Rather than follow the constitutional provision that mandates the speaker of the parliament to hold office for 40 days in the case of the death of the president, the army said it was dissolving the Chadian parliament, suspending the constitution and naming Mr Deby’s son, Mahamat Kaka, interim president of the country.

In September 2021, Guinea’s President Alpha Condé was ousted by the military because of what the army called rampant corruption, disregard for human rights and economic mismanagement.

In what was the 35th coup d’etat (including plots) in Sudan’s history, the military on 25 October 2021, seized power, dissolved the military-civilian Sovereign Council, and declared a state of emergency.

Mr Nwanze added that successful coups in one region create a dangerous pretext for others to follow especially in the absence of real consequences.

The African Union and the Economic Community of West African States (ECOWAS) have expressed their opposition to coups and sanctioned perpetrators. Sanctions have included travel bans on coup plotters, border closure and financial sanctions.

However, many feel such sanctions are not enough.

‘’West Africa is geographically contiguous with North and Central Africa, meaning that instability in one region is a creeping disaster for the next, and as we have more coups with no obvious consequence for the perpetrators, then the temptation for others to do the same increases,” Mr Nwanze said.