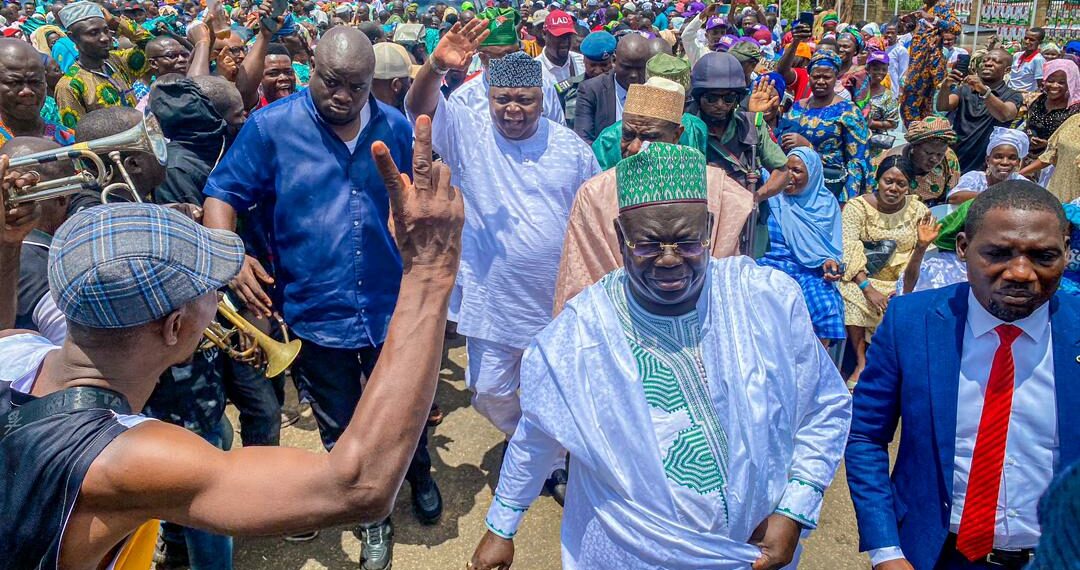 The presidential candidate of the Peoples Democratic Party (PDP) is the fittest among those eyeing Nigeria’s presidency in 2023, Babangida Aliyu, a former governor of Niger State, has said.

Mr Aliyu, who was governor between 2007 and 2015 on the PDP platform, spoke Monday in Abeokuta at the declaration of support for Atiku by volunteer groups from across the South-west states.

At the rally, the former Niger governor said a medically fit presidential candidate needs no proof by sharing a video clip on social media.

“Atiku is the healthiest of the presidential candidates in this country, it is not about fitness machine, and everybody knows the fittest,” he said.

Mr Aliyu’s comments came a day after Bola Tinubu, the presidential candidate of the All Progressives Congress (APC), shared a photo of himself on a fitness machine and dismissed claims that he had died or withdrawn from the race.

“I was looking through newspapers today and I saw a picture of somebody trying to prove he is healthy. If there is health, we don’t need to tell people that we are healthy, but we are aware that Atiku is the healthiest of the presidential candidates in this country,” Mr Aliyu said.

On the economy and education, Mr Aliyu noted that there is “extreme poverty” in the country but that the PDP candidate would provide a solution.

“You have seen what has happened to us, today our students in the public universities have been at home for more than seven, eight months,” he said.

“Our secondary schools, many of them are so dilapidated that they cannot serve as secondary schools. Our elementary schools, there is no country that has over 20 million children out of school and you expect to be developed, only an Atiku Abubakar presidency can help us solve this problem.

“We have become the poverty capital of the world, that should not be. We are expected to, every day, produce 2.1 million barrels of crude oil, but only last month, we were able to produce 900,000, it has gone as low as 600,000.

“What is happening to the rest? Some people are stealing it, are we saying that the current government does not know those who are stealing it? They know, therefore, voting for Atiku Abubakar is saving, rescuing, is developing Nigeria.

Mr Shekarau urged Nigerians to get their voters’ cards ready to vote out the APC government next year.

“We want to change the change in Nigeria. And by the grace of God, victory will come our way in all elections next year,” said Mr Shekarau.

Mr Haruna appealed for support for Atiku, urging the party members to take the campaigns to the grassroots.

Mr Adebutu also called for support for Atiku, saying only the PDP can position the Southwest in its rightful position.

“Before the primaries, I told people that for the peace of Nigeria, let us all support Atiku Abubakar, some people were adamant, they insisted that it was the turn of Yoruba, but I told them Yorubas have ruled previously,” he said.

“But some people, because of their selfish interest, don’t want Atiku to emerge as our candidate. You cannot lose your integrity because of a pot of porridge.”