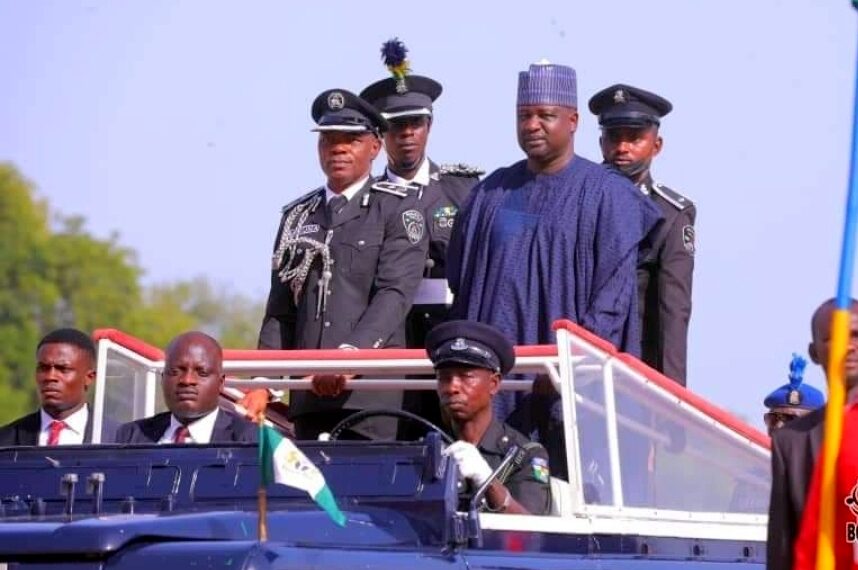 Saturday's Independence Anniversary celebration was the first in the insurgency-ravaged Borno in 12 years.

Saturday’s Independence Anniversary celebration was the first in the insurgency-ravaged Borno in 12 years.

Many states of the nation joined to commemorate the historic event with Borno State marking it for the first time since 2008 when the last one was celebrated.

With the eruption of the Boko Haram conflict in 2009, public gatherings, including celebrations of national days were suspended for security reasons.

Former Governor Ali Sheriff was the last governor to mark the Independence Anniversary, in 2008, when Nigeria clocked 48.

However, many parts of Borno have become relatively safe due to the efforts of soldiers who continue to battle the insurgents.

On Saturday, the Deputy Governor of Borno State, Umar Kadafur, made history as he mounted the dais and drove on the parade van to take a salute from the Nigeria police parade team during the colourful occasion held in Maiduguri, the state capital.

The deputy governor, who represented Governor Babagana Zulum, said the day was “worthy of celebration by all well-meaning Nigerians home and abroad.”

He said the “auspicious occasion could not hold in Borno State for quite some time, due to the peculiar security challenges bedevilling the state.”

“Notwithstanding, today’s celebration is indicative that peace is gradually returning to the state and the country at large, as a result of the successes recorded by the gallant troops of the Nigerian military and other sister security agencies which steered the state government to closed down all IDP camps in Maiduguri Metropolitan Council and Jere Local Government Area as well as voluntary resettlement of many communities across the state.

“It is evident that the administration of His Excellency, President Muhammad Buhari, GCFR, Commander-In-Chief of the Armed Forces, Federal Republic of Nigeria has shown a strong commitment

to the indivisibility of Nigeria and ensure that every citizen has access to freedom of life and basic social amenities.

“On this day and in the spirit of rededication, we renew our commitment to confronting the challenges of critical infrastructure destroyed by the decade long. Boko.Haram insurgency and explore avenues to create job opportunities for our teeming unemployed youths thereby minimizing the upsurge of social vices in the society.

“We remain confident that with the massive investments we have made in the last three years in the expansion and strengthening of our resettlement and recovery effort, we shall succeed in our commitment to provide the dividend of democracy on a sustainable basis and attainment of our policy thrust.

“We must improve job creation, access to education, healthcare delivery services, security, and portable water supply for both human and animal consumption, among others. We can do these only in a climate of peace and security,” he said.

He enjoined all Nigerians to remain united, live peacefully and shun all tendencies capable of plunging the nation into chaos and anarchy as the 2023 general elections are fast approaching. He also urged Nigerians to imbibe the spirit of patriotism and peaceful co-existence for a prosperous nation.

“We need to commit our hero’s past to reflect on the gains and lessons learnt over the years and face the challenges of our time. We must be evident in our character of selflessness and sense of responsibility that characterised the lives of our heroes. For the nation to actualise its corporate vision, there is a need for all citizens to appreciate the differences and diversity inherent in Nigeria,” he said.

Mr Kadafur said though the country is facing several daunting challenges, he believes that the challenges are surmountable. He said in the face of all the challenges, Nigerians’ resolve and abiding faith must remain unshaken for the interest of the country.