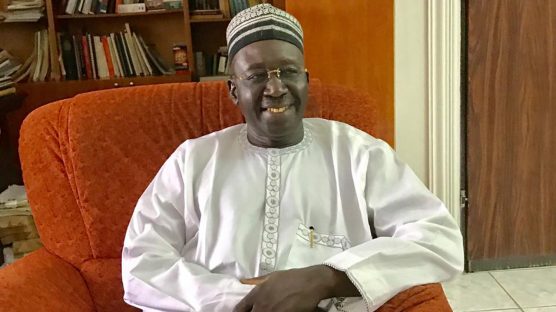 The National Chairman of the Peoples Democratic Party (PDP), Iyorchia Ayu, on Friday returned to the country after a two-week trip to Europe.

The Special Adviser to the National Chairman on Media, Simon Imobo-Tswam, disclosed this in a statement he issued on Friday in Abuja.

Mr Imobo-Tswam said that Mr Ayu, who jetted out of the country on 14 September returned to Abuja via the Nnamdi Azikiwe International Airport, at about 7 p.m.

It is recalled that Mr Ayu had handed over to the party’s Deputy Chairman (North), Iliya Damagun, and communicated the handover to the Independent National Electoral Commission (INEC).

Mr Wike and some party members in his camp have been demanding the resignation of the national chairman to pave way for the emergence of a southerner as chairman of the party since Atiku hails from the north as him (Ayu).

Mr Wike’s group believes that it will balance the lopsidedness in the leadership of the party.

Also, on Thursday some members of the National Working Committee (NWC) of the opposition party, returned over N120 million to the Mr Ayu.

The monies ranging from N28 million to N36 million were recently paid into their accounts and tagged “housing allowance” or “house rent.”

In separate letters addressed to Mr Ayu, the four members said it became necessary to return the money after backlash from the media accusing them of taking bribe.

The national chairman was abroad when Atiku inaugurated the 600-member presidential campaign council for the 2023 election.

Mr Ayu is a member of the council.