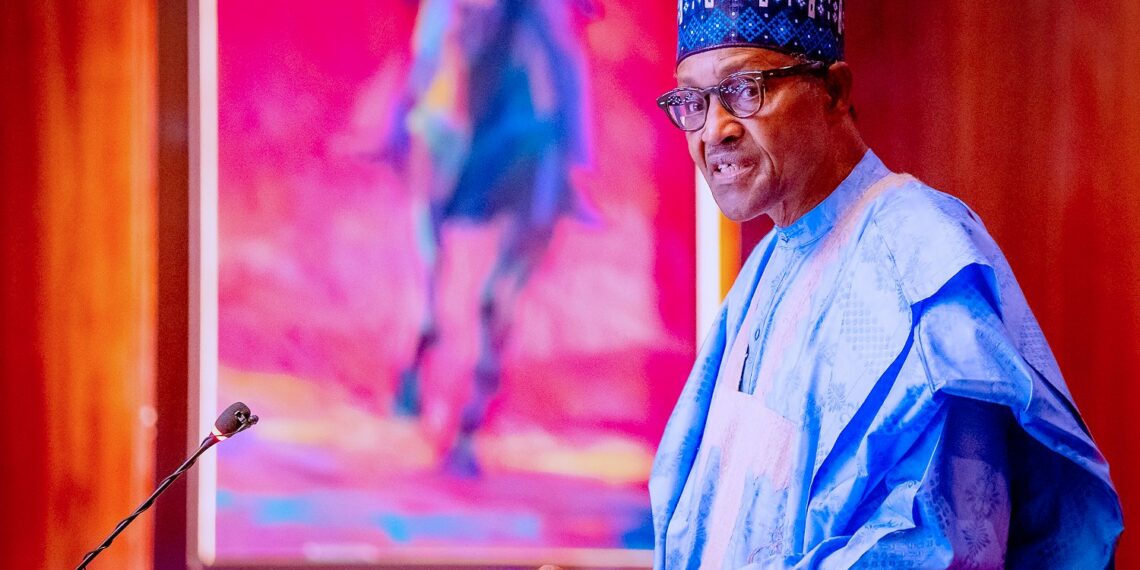 Mr Buhari said his administration has made significant progress in the "eradication of endemic corruption".

President Muhammadu Buhari on Saturday lauded his administration’s performance in tackling corruption since coming to power in 2015.

Mr Buhari spoke in his broadcast to mark Nigeria’s 62nd Independence Anniversary. Saturday’s broadcast will be his last Independence Day address as he is expected to complete his second and final term in office in May 2023.

Although he admitted that Nigeria had yet to arrive at its desired destination, he said the country, on his watch, had made “appreciable progress” in his administration’s focal areas including fighting corruption.

Among his achievements in office, the president said, is making “significant progress” in the “eradication of endemic corruption”.

He also said prosecution has surged in number with associated increase recorded in the recovery of stolen assets and repatration of looted funds stashed abroad.

“One of the areas where we have made significant progress is in the eradication of deeply entrenched corruption that permeates all facets of our national development.

“We strengthened the institutions for tackling corruption and also cultivated international support, which aided the repatriation of huge sums of money illegally kept outside the country.

“The increasing number of prosecutions and convictions, with associated refunds of large sums of money is still ongoing.”

He promised that his administration would “continue to block opportunities that encourage corrupt practices.”

Mr Buhari came to power in 2015 on the promises to fight corruption, improve the economy and end terrorism.

He had pledged to fight corruption during the 2015 electioneering with the mantra: “If we don’t kill corruption, corruption will kill Nigeria.”

But, PREMIUM TIMES in a recent editorial, chronicled how the Buhari-led regime reneged on his pledge to cripple graft.

The pardon granted by the Council of State to former Governors Joshua Dariye and Jolly Nyame of Plateau, the only ex-governors convicted for corruption under Mr Buhari, remains in conflict with his avowed commitment to the fight against corruption.

Similarly, the endemic fraud in constituency projects by members of the National Assembly with no lawmaker held to account; the N523 million school feeding scandal during the 2020 COVID-19 lock-down; the president’s signature lethargy that has ensured that the forensic audit report on the Niger Delta Development Commission submitted in September 2021 remains a secret document, were cited as the hallmarks of the Buhari administration’s failures in the anti-graft war.

Interference in corruption cases, as seen the case of former Gombe State Governor, Danjuma Goje, has also been cited as a major setback to the anti-corruption drive under the Buhari administration.

The Danjuma-Goje alleged N25 billion corruption trial by the EFCC, traded off by Mr Buhari’s government on the altar of political expediency in the Senate.

Also, in clear conflict with Mr Buhari’s boast during the 20-minutes independence day broadcast, a fiscal governance that allowed the suspended Accountant-General of the Federation, Ahmed Idris and three others to allegedly siphon N109 billion is ineffective.

Despite being the Nigeria’s most important institution for accountability under the constitution, the Auditor-General of the Federation has scarcely been an effective anti-corruption body.

For years, the Auditor-General’s reports have uncovered cases of corrupt practices and how public officials have failed to account for public assets they are in charge of. But little or no consequences have emerged as a result of these revelations.

In July 2018, National Assembly passed the Federal Audit Service Bill, which sought to empower the Auditor-General to penalise government agencies and officials who refuse to submit their financial statement for audit.

The president’s failure to sign the bill into law is at variance with his avowed fight against corruption.

These will continue to raise questions about the sincerity of Mr Buhari’s anti-corruption fight.