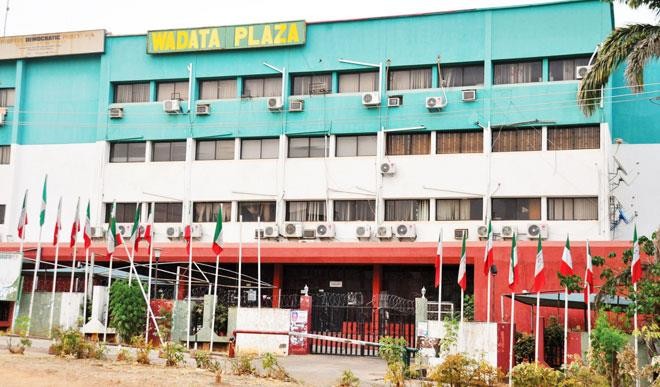 In the letters seen by PREMIUM TIMES, the PDP leaders said the money has brought unnecessary attention to them.

At least four members of the National Working Committee of the main opposition party, PDP, have returned over N120 million to the party’s account.

The amount returned ranged from N28 million to N36 million per person. The PDP leaders said the money was recently paid into their accounts and tagged “housing allowance” or “house rent.”

In separate letters addressed to the PDP National Chairman Iyorchia Ayu, the four members said it became necessary to return the money after backlash from the media accusing them of taking bribe.

A member of the NWC confirmed the letters to PREMIUM TIMES.

In the letters seen by PREMIUM TIMES, the members said the money has brought unnecessary attention to them.

“Please be informed that the said payment has become a subject of media story and carried with bad intention by them,” Mr Adagunodo wrote in his letter to Mr Ayu. “I hereby inform you of the refund of…N28,800,000 back to the Peoples Democratic Party, Account Number: 1000095003 at Globus Bank PLC. The receipt of the payment back to the account is attached.”

Similarly, Ms Effah-Attoe in her letter, said when she inquired about the N28.8 million paid to her account, she was told by Mr Ayu’s office that the amount was for house rent for two years as an NWC member.

She said since the payment was made, she has been “inundated with many phone calls from party members, friends, family members and the general public, insinuating that the said money has been given as a Bribe to bring her and other NWC members on the side of the chairman – following the crisis between him on one side and the Governor of Rivers State, Nyesom Wike.”

The women leader added that some national newspapers and social media platforms have also carried stories accusing the NWC members of being placated with bribe of N28.8 million.

“This development has made me very uncomfortable. Having found myself in such an embarrassing situation, I am hereby refunding to the Bank Account of our Great Party at the PDP National Secretariat,” she wrote.

On his part, Mr Orbi said that he was only notified of the payment by his bank without any description.

He referred to some reports that accused NWC members of taking bribe.

“To my shock and surprise, it has been confirmed to me by my bank that the sum of N28.8 million has been credited to my account by the party,” he wrote. “I hereby notify you of my decision to pay back the money to the party’s account.

Mr Arapaja said the news reports prompted him to “browse through his various alerts and discovered a transfer of N36 million from the party.”

“I have my reservation about this money transferred into my account and for personal reasons wish to return it accordingly.”

The letters from the members come about a week after Governor Nyesom Wike accused Mr Ayu of bribing some NWC members.

It also comes days after reports that the party chairman allegedly paid over N100 million to the NWC members after the party’s primaries.

The money was said to be part of the proceeds – over 10 billion – realised by the party from nomination fees paid by aspirants.

The party was yet to react to the refunds as of the time of this report.