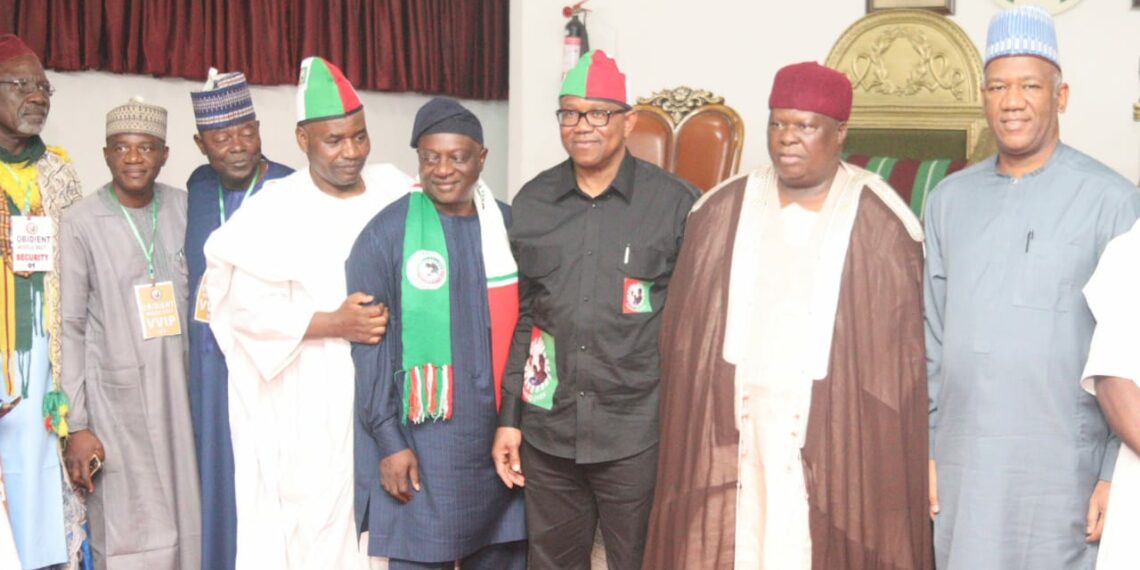 A former spokesperson of the presidential candidate of the Peoples Democratic Party, Atiku Abubakar, has condemned the visit of the Labour Party flagbearer, Peter Obi, to the traditional head of Jos, Plateau State.

Kassim Afegbua said Mr Obi’s visit to the Gbong Gwom Jos, Jacob Buba, was a violation of the 2022 Electoral Act which according to him, “forbids political campaigns in palaces and religious houses.”

The Labour Party candidate paid a courtesy call to the traditional ruler in Jos while attending a rally in the city, on the day political parties’ campaigns officially kicked off.

Mr Afegbua, who now supports Bola Tinubu, the presidential candidate of the All Progressives Congress, said Mr Obi’s visit to the monarch was a wrong start to a peaceful campaign.

“According to the Electoral Act, people are not supposed to campaign in mosques, palaces, and churches, but today, I was told that Peter Obi visited Gbong Gwom of Jos, that is already sending the wrong signal,” he said.

“We need to abide by the rules so that the process can be fair to all. And there will be a level playing ground for everybody.”

The Electoral Act 2022 does not bar politicians from visiting traditional rulers or religious heads. It, however, forbids them from turning palaces and worship centres into campaign grounds.

Section 92 Sub-section 3a and b state;” Places designated for religious worship, police stations, and public offices shall not be used for political campaigns, rallies and processions; or to promote, propagate or attack political parties, candidates or their programmes or ideologies.”

Monday Ubani, a former vice chairman of the Nigerian Bar Association, echoed the provisions of the Electoral Act.

“Even now that campaigns have started, the Electoral Act did not stop politicians from visiting a monarch, churches or mosques,” said Mr Ubani.

“It only forbids them from turning those places into campaign grounds, especially campaigns of calumny.”

Mr Afegbua, who is now a member of the Tinubu/Shettima campaign council, said the presidential candidate of the PDP has shown that he is not interested in the unity of Nigeria by seeking to become president after President Muhammadu Buhari, another northerner who is spending eight years in office.

“I have continued to say it relentlessly that under a plural society that Nigeria is, with our diversities, it is a requirement for you to balance all the algorithms of power between the Northern and Southern protectorate, tracing our history from 1914 till date.

“So if President Buhari is finishing eight years as a president of Nigeria of Northern extraction, the law of natural justice prescribes that it should be the turn of the Southern protectorate.”

The National Publicity Secretary of the African Action Congress (AAC), Femi Adeyeye, said the APC is starting a campaign for another election when it should be “engaging in a house-to-house apology to Nigerians.”

“But the APC should be apologising to Nigerians, they should engage in a house-to-house apology to Nigerians for wasting eight years of their lives and not campaigning.”