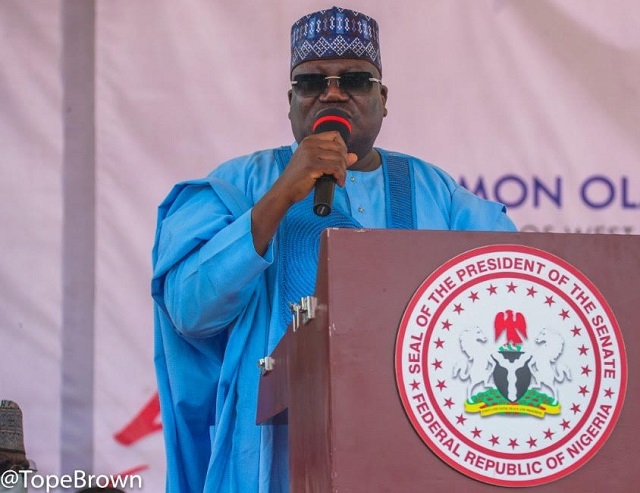 The court will determine who is the bona fide candidate of the APC in the senatorial zone.

A Federal High Court sitting in Damaturu, Yobe State, has fixed 28 September for the judgement in the case between Bashir Machina and the Senate President, Ahmad Lawan.

PREMIUM TIMES reports that Mr Machina had approached the Federal High Court in Damaturu seeking an order of the court to compel INEC to publish his name as the winner of the 28 May All Progressives Congress (APC) senatorial primary election for Yobe North.

He also wants the court to direct his party, the APC, to send his name to the electoral commission as the winner of the primary.

On 12 September, Fadima Aminu, the trial judge, reserved judgement on the case after the counsels to both the defendant and plaintiff presented their arguments to the court.

The judge announced that an appropriate date for the judgement would be communicated to all parties in good time.

PREMIUM TIMES can reliably report that the court will deliver its judgement on the case on Wednesday, 28 September.

One of the lawyers involved in the case, who asked not to be named because he was not authorised to speak with the press on the matter, confirmed the date to PREMIUM TIMES.

When contacted to confirm the date for the judgement, Hussaini Mohammed Isa, the spokesperson to Mr Machina, replied: “yes 28/09/2022 is the day of judgement”.