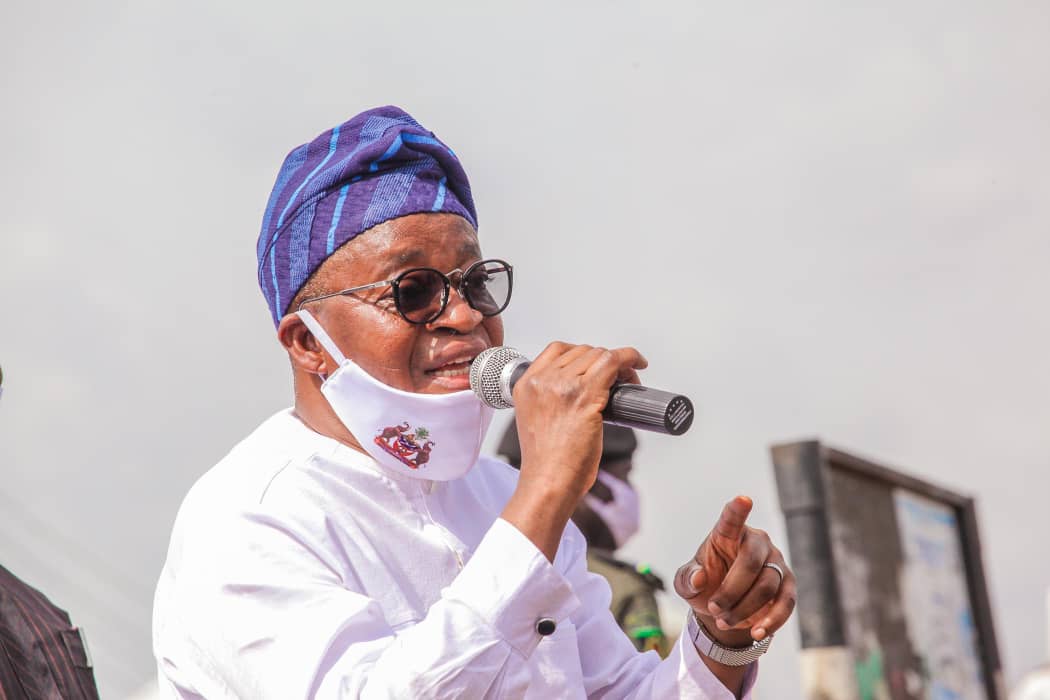 Mr Oyetola told the tribunal that the winner of the poll was not qualified to contest the election.

Governor Gboyega Oyetola of Osun State has asked the Election Petition Tribunal in the state to nullify the July 16 governorship election which returned Ademola Adeleke of the Peoples Democratic Party (PDP) as the winner.

The governor and his party, the All Progressives Congress (APC), are calling for the cancellation of the election over alleged overvoting and by-passing of the Bimodal Voter Accreditation System (BVAS) of the Independent National Electoral Commission, INEC, among other alleged electoral frauds.

Mr Oyetola, who filed his petition before the tribunal 13 days after the election, says the PDP candidate was not duly elected by the majority of the lawful votes cast at the poll.

Mr Ogundipe also announced the incumbent governor of the state and candidate of the APC, Mr Oyetola, as the first runner-up, having polled a total of 375,027 votes.

Displeased by the result, Mr Oyetola and his party told the tribunal that the winner of the poll was not qualified to contest the election.

“The Diploma Certificate of Penn Foster High School purportedly awarded on the 16th day of July, 2021 and submitted by the 2nd Respondent along with his Form EC9 to the 1st Respondent, was forged.

“The Bachelor of Science in Criminal Justice purportedly awarded by Atlanta Metropolitan State College and submitted by the 2nd Respondent along with his Form EC9 to the 1st Respondent, was forged,” he told the court.

The petitioners further claimed that “the second Respondent had also previously in 2018 submitted forged certificate to the 1st Respondent herein along with his Form C.F.001.”

The petitioners, according to the court papers, also argued that a “large number” of 749 polling units across 10 local government areas in the state did not get accredited by Bimodal Voter Accreditation System (BVAS), thereby flaunting the electoral law.

But Mr Oyetola and the APC, in their 670-page document filed before the election petition tribunal, flagged 60,504 of the APC votes and 113,151 of the PDP votes as invalid votes, saying they were not accredited through the BVAS and should be deducted from both parties’ total votes.

This, the petitioners posited, would earn them victory at the tribunal.

The duo of APC and its candidate had told the court that it is willing to present a total of 335 witnesses to back their claims.

The PDP Caretaker Committee Chairman in the state, Adekunle Akindele, however, asked the tribunal to dismiss Mr Oyetola’s petition, describing it as frivolous, baseless, and un-meritorious.

He noted that Mr Adeleke was duly declared winner, stating that there was no over-voting in any of the polling units being challenged by Oyetola and the APC.