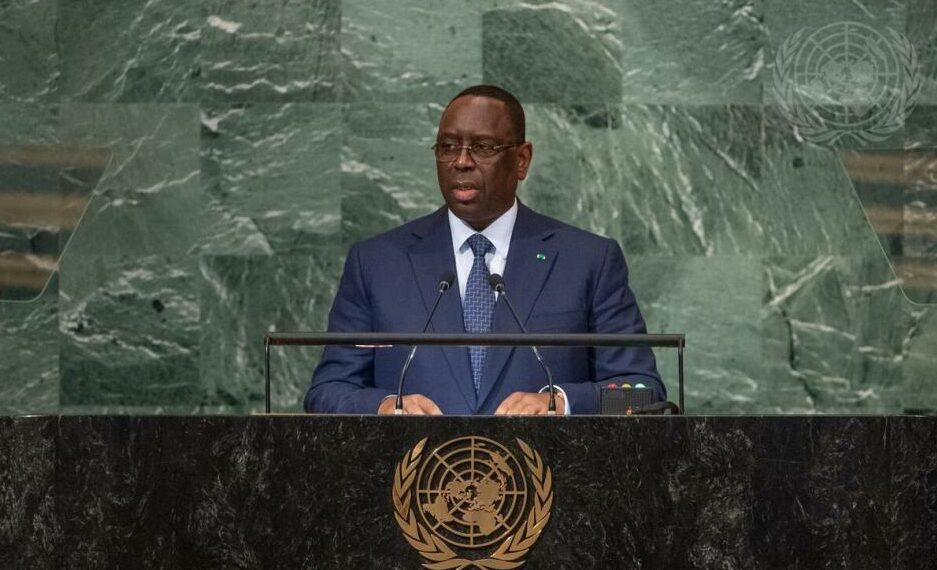 “It is time to overcome the reluctance and deconstruct the narratives that persist in confining Africa to the margins of decision-making circles," Mr Sall said.

The African Union (AU) has reiterated its demand for a permanent seat at the UN Security Council.

“It is time to overcome the reluctance and deconstruct the narratives that persist in confining Africa to the margins of decision-making circles,” AU chairman Macky Sall said on Wednesday at the United Nations General Assembly.

He said it is time to do justice to Africa’s just and legitimate demand for Security Council reform, as reflected in the Ezulwini Consensus.

The Ezulwini Consensus is a position on international relations and reform of the United Nations, agreed by the African Union. It calls for a more representative and democratic Security Council, in which Africa, like all other world regions, is represented.

The UN Security Council has only five permanent members: China, Russia, UK, US, and France.

According to the AU chairman, “it is time for a fairer, more inclusive global governance, that is more adapted to the realities of our time.”

He also said Africa should be granted a seat in the G20, so that it can finally be represented where decisions that affect 1.4 billion Africans are being taken.

Mr Sall, the President of Senegal, also called for the lifting of foreign sanctions on Zimbabwe.

He described them as harsh measures that continue to fuel a sense of injustice against an entire people, and to aggravate their suffering in these times of deep crisis.

According to the US, the sanction is targeted at Zimbabwean individuals and entities responsible for committing human rights abuses, undermining democratic processes, or facilitating corruption.

On climate change, Mr Sall said, “it is legitimate, fair and equitable that Africa, the continent that pollutes the least and lags furthest behind in the industrialisation process, should exploit its available resources to provide basic energy, improve the competitiveness of its economy and achieve universal access to electricity.”

He encouraged countries to work towards mobilising the $100 billion per year to support developing countries’ adaptation efforts and to finance the African Adaptation Acceleration Program under the auspices of the AfDB and the Global Centre for Adaptation.

He said Africa does not see adaptation funding as aid, but as a contribution by industrialised countries to a global partnership of solidarity, in return for efforts by developing countries to avoid the polluting patterns that have plunged the planet into the current climate emergency.