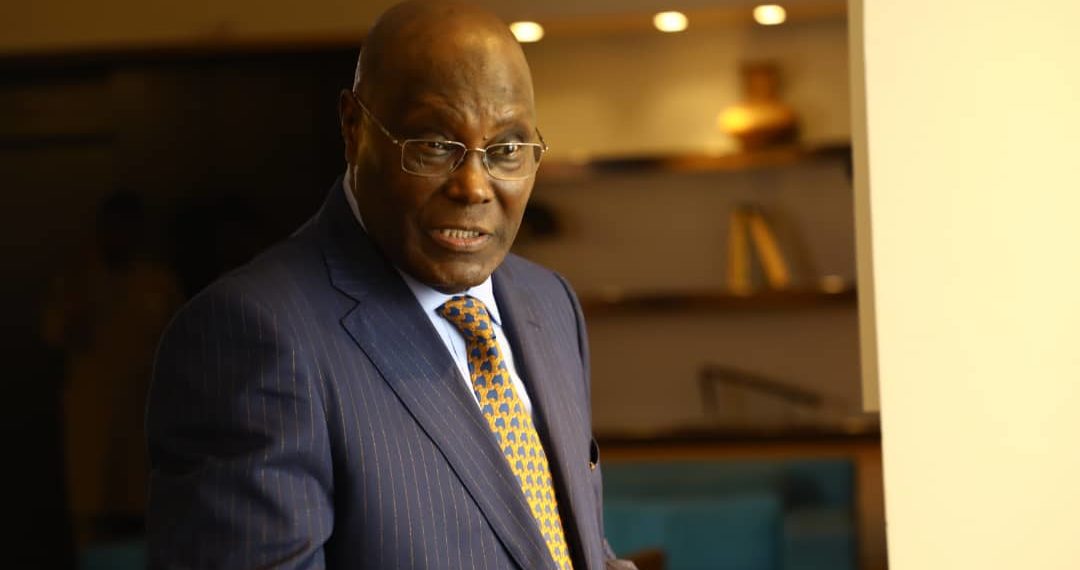 The Federal government says the economy has been resilient, having recovered from two recessions within five years – in 2016 and 2020.

The federal government says the pronouncement by former Vice President Atiku Abubakar that the future of the country’s economy is ‘bleak’ is sheer scaremongering.

Atiku, the opposition Peoples Democratic Party (PDP)’s presidential candidate in the forthcoming 2023 general elections, made the pronouncement while presenting his Economic Blueprint to the public recently.

The Minister of Information and Culture, Lai Mohammed, at a media briefing on Thursday in Abuja, however, said while Nigeria may be facing economic challenges, its future is not hopeless.

“The country’s economic outlook is not bleak. Instead, the economy has been resilient, having recovered from two recessions within five years – in 2016 and 2020.

It came to power in 2015’, and the ‘budget deficits are often above the three per cent threshold permissible under the Fiscal Responsibility Law’.

“This is a misrepresentation of the facts. The truth is that Nigeria has been running on budget deficits since 2009 (not since 2015), even when oil prices were more than US$100 per barrel.

“You will recall that oil prices fell significantly from mid-2014, resulting in the country’s economic recession in 2016.

“The urgency to recover from the recession through an expansionary fiscal policy resulted in the continued budget deficits,’’ he said

Mr Mohammed admitted that in the last three years, the budget deficit level exceeded the three per cent threshold stipulated in the Fiscal Responsibility Act 2007 but gave reasons for such economic performance.

“Again, this is understandable because shortly after the Nigerian economy recovered from recession, it was hit by the effects of the COVID-19 pandemic.

“What His Excellency failed to tell his audience is that the Fiscal Responsibility Act, Section 12(2), allows for the budget deficit to exceed the three per cent threshold.

“If in the opinion of the president, there is a clear and present threat to national security or the sovereignty of the Federal Republic of Nigeria.

“You will agree that the COVID-19 pandemic triggered an existential threat in all economies of the world, Nigeria inclusive.

“Though Nigeria quickly recovered from the economic recession, it is now facing the effects of the Russia-Ukraine war, the lingering impact of COVID-19, and elevated inflation in most economies.

“All these are prompting monetary tightening, with the adverse effects on capital inflow to emerging markets economies,’’ he explained.

The minister said the blueprint presented by Atiku Atiku on debt is already being done by this Buhari administration.

Mr Mohammed recalled that the former vice president said, ‘we will review the country’s debt strategy by focusing on concessional and semi-concessional sources with lower interest rates and relatively long-term maturity.’

According to him, to manage debt service costs and reduce refinancing risk, the thrust of the strategy is that this administration will maximise concessional borrowing from multilateral and bilateral sources.

In addition, he said new borrowing in the domestic and international capital markets would be for long tenors.

“To confirm the commitment to the above strategy and their implementation, more than 58 per cent of the External Debt Stock as of March 31, 2022, was from multilateral and bilateral sources

“Short-term domestic debt is less than 22 per cent of the Total Domestic Debt Stock as of the same date.

“In any case, the Lagos-Ibadan, the Abuja-Kaduna and the Warri-Itakpe standard gauge rail lines were constructed with concessional loans, just like the ongoing rehabilitation of the Port-Harcourt-Maiduguri narrow gauge line,’’ he said.

The minister said the new airport terminals in Abuja, Lagos, Kano, Enugu and Port Harcourt were financed with concessional loans.

He, therefore, reiterated that the former vice president had not said anything new.