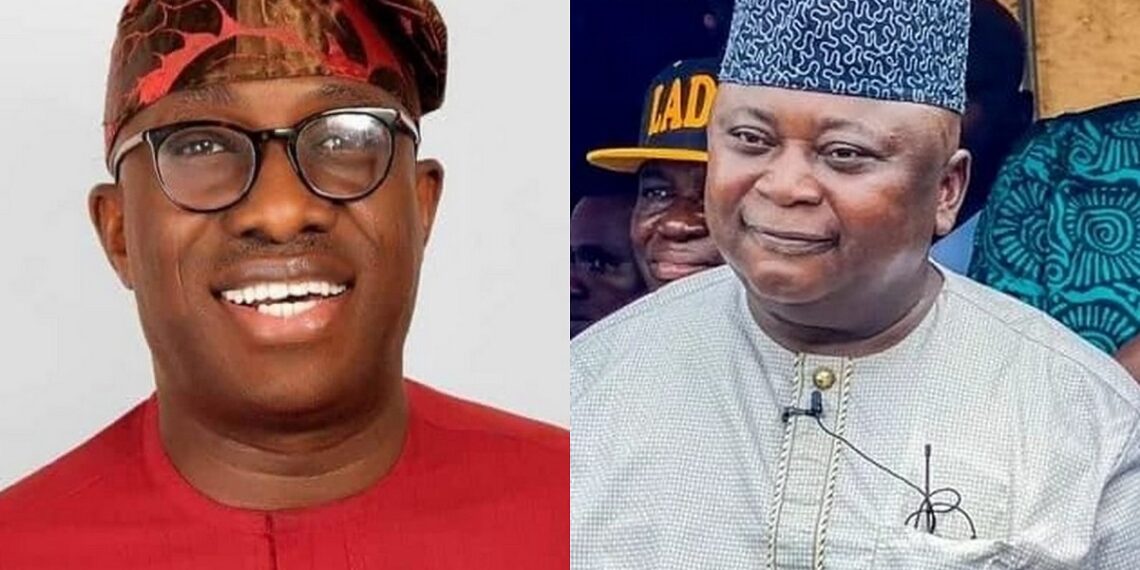 Mr Adebutu said Mr Sowunmi is misleading the public by claiming to have won the party's primaries.

The governorship candidate of the Peoples Democratic Party (PDP) in Ogun State, Ladi Adebutu, has said a gubernatorial aspirant of the party, Segun Sowunmi, did not take part in the party’s primaries and should stop parading himself as a “factional candidate.”

Mr Adebutu said Mr Sowunmi is misleading the public by claiming to have won the party’s primaries.

Messrs Adebutu and Sowunmi have been at loggerheads over the party’s gubernatorial ticket.

Mr Sowunmi is currently in court praying that the party executives be dissolved over alleged bias.

The PDP candidate said there is nothing like a factional candidate in an election, saying there can only be factional aspirants and a single candidate.

According to him, once the National Working Committee (NWC) of a party forwards the name of its elected candidate to the Independent National Electoral Commission (INEC) and the name is accepted and published by the electoral umpire; no one else has the right to parade himself as the candidate.

“Sowunmi who knows he did not partake in the primary election is now making noise in the media, being addressed as the factional candidate,” he said.

”The party said this is my candidate. The INEC published the same person as the candidate of the party, yet some people are still addressing Showunmi as the factional candidate. Are they doing that in the interest of the public? This is a big question.”

Also speaking at the event, Mr Adebutu’s running mate, Adekunle Akinlade, said the party in the state is ready for an issue-based campaign.

Mr Akinlade further said the PDP had in the last couple of weeks engaged in thorough discussions about strategies with the party’s technical teams, expressing confidence that the PDP would win the 2023 elections.

In his words, the Coordinator of Inter-Party Affairs for the PDP Campaign in Ogun Central, Oladele Olaleye, stated that the party has created a means to receive support from members of the ruling APC, among others, who love the PDP or its candidates.