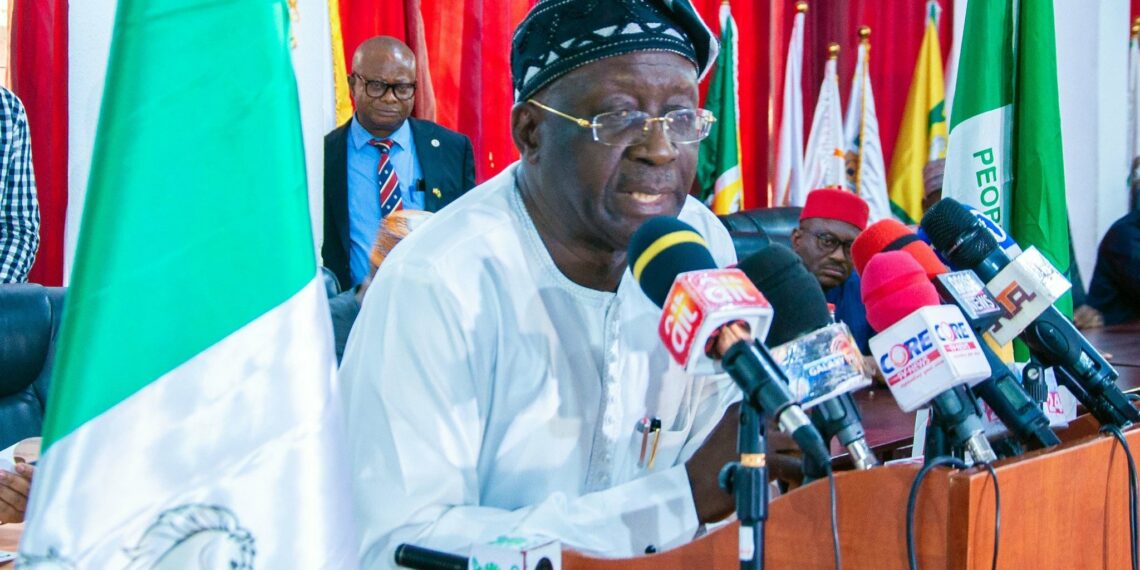 Mr Jang described Mr Ayu as a “referee” who helped one of the sides to score a goal and blow the whistle afterwards.

The former governor of Plateau State, Jonah Jang, has alleged that the Peoples Democratic Party (PDP) National Chairman, Iyorchia Ayu, had a “private arrangement” with the Sokoto State Governor, Aminu Tambuwal, to shortchange Governor Nyesom Wike and other aspirants at the party presidential primary.

Mr Jang, an ally of Mr Wike, stated this Wednesday after a meeting of PDP members led by Governor Wike in Port Harcourt.

A video of Mr Jang making the statement was posted on Facebook by Channels television.

Mr Tambuwal, who has been named as the director general of Atiku presidential campaign committee, was one of the party’s presidential aspirants.

He, however, made a last-minute withdrawal and urged his supporters to vote for the former vice president, Atiku, at the PDP convention.

Buoyed by the withdrawal, Atiku defeated Governor Wike and other aspirants to emerge as the party presidential candidate.

Hours after the convention, Mr Ayu visited the Sokoto governor at his Abuja’s residence, apparently to thank him for stepping down for Mr Atiku.

Mr Ayu’s arrival at Mr Tabuwal’s residence was captured in a video clip.

“Thank you, thank you. You are the hero of the convention,” Mr Ayu told his host.

Speaking after the meeting of the Mr Wike-led group in Port Harcourt, Mr Jang described Mr Ayu as a “referee” who helped one of the sides to score a goal and blow the whistle afterwards.

“For the National Chairman, Ayu, to go and embrace Aminu Tambuwal, calling him the hero of the convention which means there was a private arrangement that was done with Tambuwal to shortchange other contestants, including Governor Nyesom Wike.

“Here was a referee who now helped one of the sides to score a goal and then blew a whistle that a goal had been scored. This is not what we formed the PDP to do for Nigerians and therefore we unequivocally ask that Ayu has to step down,” Mr Jang said.

The meeting, which was held at the private residence of Mr Wike in Port Harcourt, Rivers State, came less than a week after the party appointed some members of the group into Atiku’s campaign committee.

Members of the group have, however, vowed not to participate in the campaign committee except Mr Ayu leaves office.

The PDP has been enmeshed in a leadership crisis after its presidential primary in May.

Mr Wike’s group is demanding the resignation of the national chairman to achieve a “regional balance” since Messrs Ayu and Atiku are both from the north, but Mr Ayu has insisted he was elected for a four-year term.

The Chairman of the PDP Board of Trustees (BOT), Walid jibrin, who is also from the northern state of Nasarawa, resigned, and was replaced with the Deputy Chairman, Adolphus Wabara, a former senate president from Abia State in the south-east, apparently to placate Mr Wike and his group.

However, Mr Wike’s camp, not impressed with Mr Jibrin’s resignation, has insisted Mr Ayu must step down.

PREMIUM TIMES could not immediately reach Messrs Ayu and Tambuwal for comments on the matter.