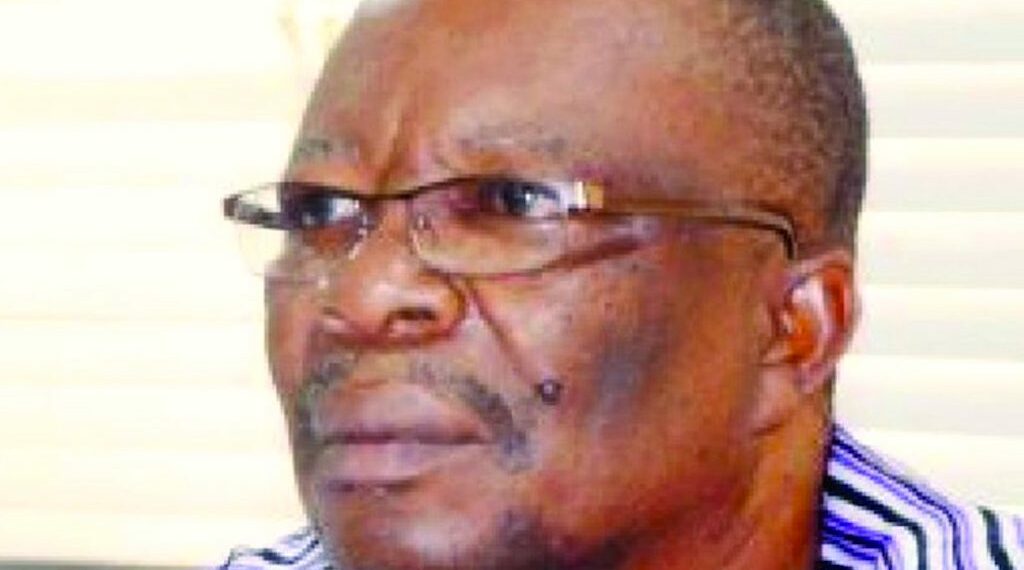 The National Industrial Court ordered ASUU to suspend the strike.

The Academic Staff Union of Universities (ASUU) says it is waiting for its lawyers for professional advice, following the National Industrial Court of Nigeria (NICN) order restraining it from continuing with strike.

The President of the Union, Emmanuel Osodeke, disclosed this in a telephone interview with the News Agency of Nigeria (NAN) in Abuja on Wednesday.

The union had embarked on the industrial action in February to press home improved academic environment and welfare of members.

Some of the lecturers demands are funding of the Revitalisation of Public Universities, Earned Academic Allowances, University Transparency Accountability Solution (UTAS) and promotion arrears.

Others are the renegotiation of the 2009 ASUU-FG Agreement and the inconsistency in Integrated Personnel Payroll Information System.

The strike entered its seventh month before the federal government instituted a suit before the court to halt it to enable students resume.

This followed the failure of government and the union to reach workable agreements.

However, students through the National Association of Nigeria Students (NANS) have embarked on protests by blocking the entrance to the international airport, Lagos, and have threatened to block other major roads, if the demands were not met by government.

The NICN granted the order pending the determination of the substantive suit before the court, at the instance of the Minister of Labour and Employment, pursuant to his powers, as provided in Section 17 of the Trade Dispute Act, 2004, Laws of the Federation of Nigeria.

Ruling on the application brought by the federal government, the applicant/claimant, Justice Polycarp Hamman held that since the issues in dispute have been referred to the court, ASUU (the defendants) should not take part in any further strike, pending the determination of the substantive suit.

According to Mr Hamman, the argument of Femi Falana, the counsel to the defendants, that the act of the applicants had been concluded is of no moment and flies in the face of Exhibit 2 dated August 29, 2022.

Mr Hamman noted that as of the time of reading his ruling on Wednesday, the strike action embarked upon by the defendants on February 14 had not ended.

He maintained that workers cannot go on strike when relevant sections of the TDA have been complied with by the Minister of Labour in conciliating a labour dispute.

He praised the minister for acting in national interest by referring the matter to the National Industrial Court of Nigeria.

While noting that the balance of convenience is crucial to determining an application for interlocutory injunction, Mr Hamman stated that the balance of convenience tilts in favour of the claimants who own the universities and taken into consideration the interest of the students, whose parents cannot afford private universities in Nigeria or abroad.

He insisted that the strike inflicted irreparable damage to public university education in the country, lamenting that university students have been out of school for eight months in a country where age is considered for employment and enrollment into the National Youth Service Corps (NYSC), Nigerian Army, Air Force, Navy and and paramilitary organisations.

Justice Hamman dismissed the claim by the defendants counsel that the strike was prompted by serial breach of agreement by the federal government, saying since the matter has been referred to the Industrial Court by the Minister of Labour and Employment, the defendants are mandated by the law not to engage in any further strike, pending the determination of the substantive matter.

He said: “Section 18 Subsection 1 of the TDA, 2004, connotes an obligation, which is mandatory and leaves no room for discretion.

“Section 18 (2) criminalises any contravention of 18(1) and imposes the fine of N100 or imprisonment for six months for an individual and N1000 for a corporate body.

“In this circumstance and on the strength of Section 254.6.(1) b of the constitution, Section 18(1) e of the TDA, Section 7(1) e, 16 and 19 b of the National Industrial Court of Nigeria Act 2006, I hold that this application is meritorious and same is hereby granted.”

Justice Hamman further held that the rephrase by Mr Falana that the court should grant accelerated hearing of the application in place of injunctive relief “is of no moment”, going by the rules of the court.

He maintained that the applicants met the requirements for granting of an injunction, contrary fo the argument of Falana.

Reacting inside the courtroom, lead counsel to the federal government, James Igwe, said: “I thank his Lordship for the ruling, rendered with unparalleled erudition, scholarly analysis and research and which took into cognisance of education as being basic to education in Nigeria.”