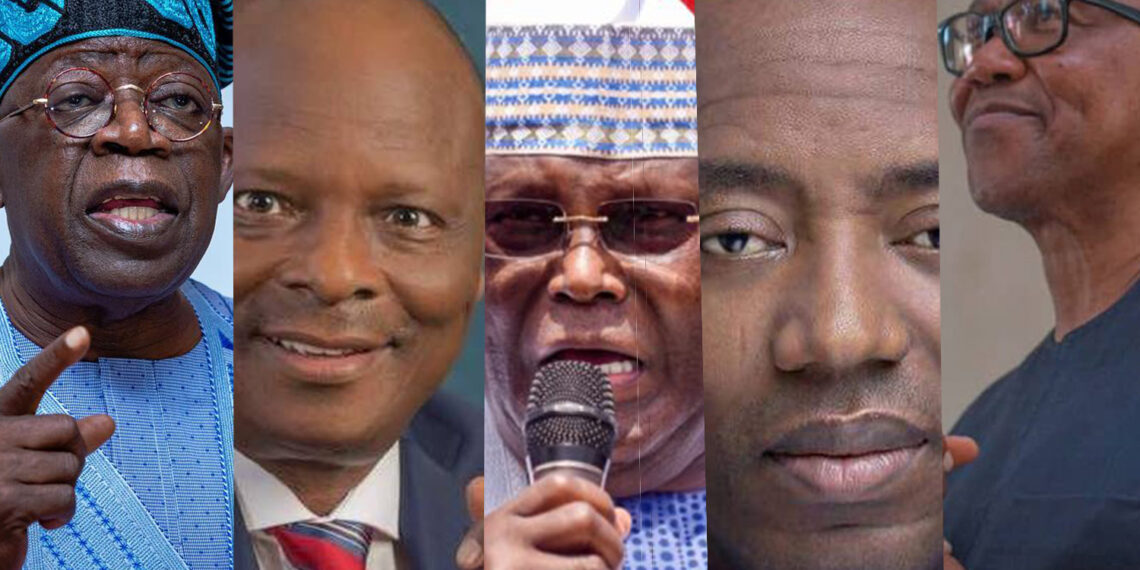 INEC will conduct the presidential election on 25 February, 2023.

Only 14 out of the 18 persons jostling to be Nigeria’s president are university graduates, the final list of candidates released by the Independent National Electoral Commission (INEC) has shown.

One has an Ordinary National Diploma.

The list also showed that the presidential candidates of the Peoples Democratic Party (PDP), Atiku Abubakar, and his All Progressives Congress (APC), Bola Tinubu, are the oldest among the 18 candidates in the election.

INEC in its final list published on Tuesday, cleared a total of 36 presidential and vice presidential candidates from all the 18 recognised political parties to contest the 25 February election.

The release of the list officially closed the constitutional window for any party to replace either its presidential or running mate unless any candidate died or there is a court order.

While the political antecedents of some of the key contenders in the race have continued to generate discourse on various fora, the fuss about the missing credentials of some of the candidates has reduced.

On the list first published by the commission in June, the candidates of the APC, Mr Tinubu, and his then placeholder running mate, Ibrahim Masari, came under fire for not disclosing the primary and secondary schools they attended and the claim of loss of certificates.

The vice-presidential candidate of the Peoples Democratic Party (PDP), Ifeanyi Okowa, also claimed that his secondary school certificate was missing while Ado-Ibrahim Abdulmalik of the Young People’s Party (YPP) indicated that he lost all his education certificates.

However, in the final list published Tuesday, Mr Abdulmalik, indicated that he has a Bachelor of Science (B.Sc) in Economics.

He is one of the 22 presidential and VP candidates with either B.Sc, B.Arts, Bachelor of Law and a degree in engineering from different universities in Nigeria and abroad.

Apart from Mr Abdulmalik of YPP, Mr Tinubu, Peter Obi of Labour Party (LP), Umeadi Chukwudi of APGA, Sani Yabagi of Action Democratic Party (ADP), Imumolen Christopher of Accord (A), and Nwanyanwu Daberechukwu of Zenith Labour Party (ZLP) are the other presidential candidates that submitted bachelor degrees as their highest qualification.

Hamza Al-Mustapha Hamza, the presidential candidate of the Action Alliance (AA), has an Ordinary National Diplomai.

Five candidates among the 18 persons have masters degrees.

Omoyele Sowore of African Congress (AAC), Kola Abiola of PRP, Adenuga Oluwafemi of Boot Party (BP), Osakwe Johnson of NRM and Atiku are the only candidates with masters degrees.

The former Kano State Governor, Rabiu Kwankwaso of the New Nigeria Peoples Party (NNPP), is the only candidate with a Ph.D.

Others who hold Ph.D are the NNPP running mate, Isaac Idahosa, and his LP candidate, Datti Baba-Ahmed.

Only the presidential candidate of the Action People’s Party (APP), Nnadi Osita, and his counterparts in African Democratic Congress (ADC), Dumebi Kachikwu, and Ojei Chichi of Allied Peoples Movement (APM), the only female candidate in the race, submitted SSCE and WASC as their highest academic qualifications to INEC.

The other candidates in the race with only SSCE are the vice presidential candidates of National Rescue Movement (NRM), Action Alliance (AA), People’s Redemption Party (PRP) and ADC.

The list also shows that only a few of the presidential candidates are less than 50 years of age.

Thirteen out of the presidential and running mates are between the age of 36 and 49 years old.

The 75 year old flagbearer of the PDP, Atiku, is the oldest candidate followed by Mr Tinubu who is 70 years.

The other person is in his seventies is the NRM VP, Kyabo Muhammad. He is 72 year old.

The 36-year-old Mr Christopher of the Accord (A) party remains the youngest presidential candidate while Mustapha Turaki of BP is the younger VP for the 2023 elections. Apart from them, no other candidate is under 40 years old.

Eleven presidential and VP candidates are between 40 and 49 while 20 are between 50 and 69 years of age.

Why allocation to intelligence agencies was cut – Reps panel