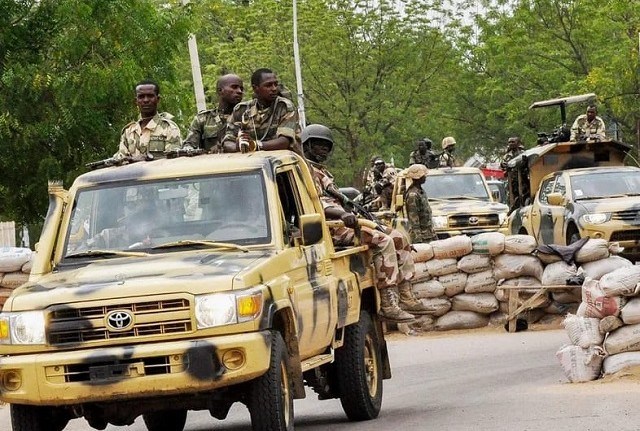 The military is yet to comment on the incident.

The Catholic Bishop of Orlu Diocese, Imo State, Augustine Ukwuoma, has condemned the killing of some residents on Saturday in two South-east communities by Nigerian troops.

Mr Ukwuoma, in a statement he issued on Monday, also decried the burning of a market in one of the communities by the troops.

The troops were said to have invaded the communities at about 4 a.m. with many combatant vans, armoured tankers and military helicopters.

Residents said the troops fired shots and detonated bombs, while the helicopters hovered over the communities.

The troops carried out the operation in collaboration with members of Ebubeagu, a security outfit backed by the Imo State Government.

The Catholic bishop said he has, at several times, condemned such “wasting of human lives” in the area, noting that human life is sacred and should be respected.

“My sincere condolences to all families who lost loved ones during the painful incident,” Mr Ukwuoma said.

He said those who were killed in the attack were his “brethren” and prayed for the repose of their souls.

The cleric said the negative impact of burning down the market would be enormous, given that the market was the major source of income for the people in the area and the neighbouring communities.

READ ALSO: How I escaped from my abductors – Imo monarch

“The burning down of Eke-Ututu Market has added another sad dimension to our existing bad situation. The burning down of this market has negatively touched the very core of the existence of these people who may be changed to a life of misery given the present economic strangulation we are in,” he said.

“I appeal to government authorities to investigate this incident and take necessary steps to prevent reoccurrence,” the cleric stated.

The military is yet to comment on the incident.

Amnesty International Nigeria and other organisations have accused the military of extrajudicial killings in the South-east under the guise of fighting the outlawed Indigenous people of Biafra, which is leading the agitation for an independent state of Biafra.