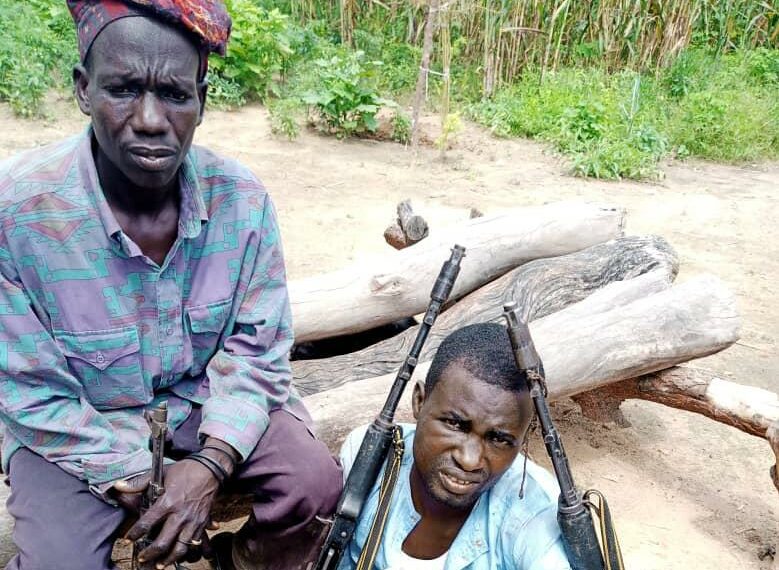 The police said the suspects were arrested in separate locations in Kano and Jigawa states.

The police in Jigawa State have arrested two suspects allegedly involved in the killing of an immigration officer in Jigawa, and the abduction of the mother of the All Progressives Congress’s (APC) senatorial candidate of Kano Central, Abdulkarim Abdulsalam.

The spokesperson of the police in the state, Lawan Adam, said the suspects were tracked by the police and members of a vigilante group during raids in separate locations in Kano and Jigawa.

Last month, PREMIUM TIMES reported how terrorists killed an immigration officer and injured two others in the Birniwa Local Government Area of Jigawa State, which is along the Nigerian border with Niger Republic.

Also, in June, the gunmen allegedly kidnapped the mother of Mr Abdulsalam at her residence in Ungogo Local Government Area of Kano.

The mother of the politician was later released in Jigawa, allegedly after a ransom was paid.

“On 18/09/2022 between the 7:00 pm and 12:15 pm, based on sustained intelligence with credible and actionable information a combined team of Policemen from State Headquarters Dutse, Ringim Area Command, State Intelligence Bureau, Taura and Ringim Divisions, as well as Local Vigilante Group carried out a special operation which led to the arrest of notorious kidnappers terrorising Jigawa and Kano axis.

“The police said preliminary findings revealed that the suspects were responsible for ambushing and killing a member of an Immigration officer on 9th August as well as killing Police officers at Kwalam village in the Taura council area on 23rd January while responding to a distress call,” Mr Adam said.

The suspects are Safiyanu Muhammad, 35, of the Larabawa herdsmen camp in Gabasawa, Kano State, and Musa Idi, 40, of Laraba Gurgunya herdsmen camp, Taura, in Jigawa State.

Mr Adam said during the operations, the police recovered two AK 103-2 rifles, one AK 47 rifle, four magazines with eighty-three rounds of 7.9 mm live ammunition, two locally made pistols, including a bow and arrows, and two sticks.

Other items recovered from the suspects are one Tecno handset with two Airtel SIM cards, one babariga gown, one container with lubricating oil, three national identity cards, and four photographs.

“The acting Commissioner of Police, Jigawa State Command, Bashir Ahmed, appreciated the efforts of officers and the supporting group for a job well done.

“He ordered all the Area Commands, Divisional Police Headquarters, and other Police formations to be on red alert, as the criminals may likely to regroup in some other locations within the command, with the aim to carry out a reprisal attack to gain more arms, especially as political electioneering campaign is set in.

“He called the good people of Jigawa State, to continue praying for the state, be law abiding and not to take laws with their hands, and report any abnormalities to the nearest security agency for necessary action,” the statement highlighted.