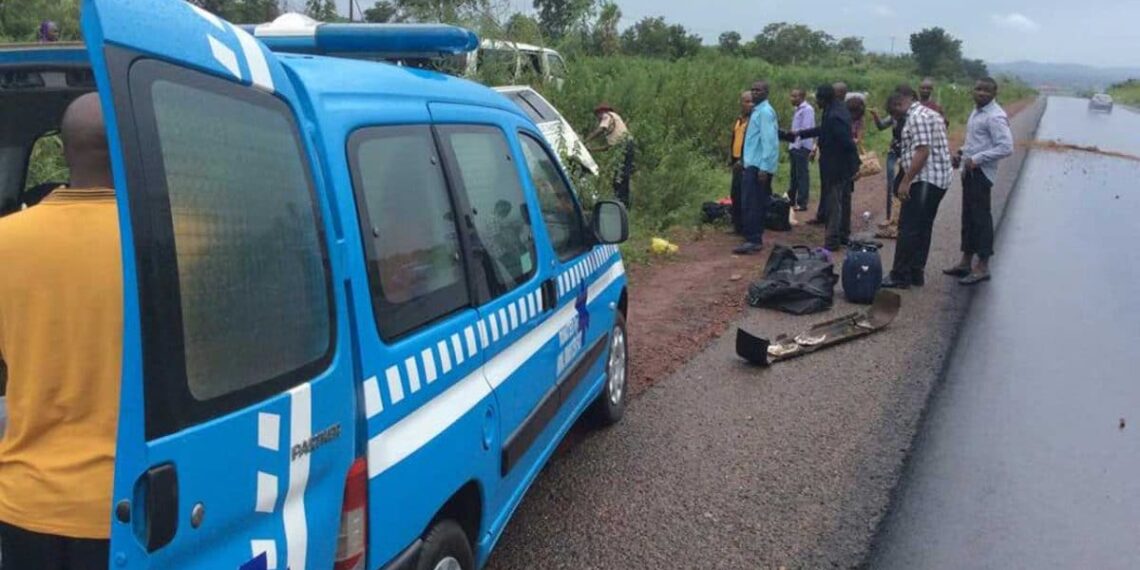 Those that sustained various degrees of injury had been taken to health centres for medical care.

The Federal Road Safety Corps (FRSC) has confirmed two persons dead and six others injured in three separate car crashes that occurred along Gombe by-pass towards Pantami community on Friday.

The Corps Commander of the FRSC, Gombe State Command, Felix Theman, stated this in an interview with the News Agency of Nigeria (NAN) on Saturday.

Mr Theman said the suspected causes of the accidents which involved one truck, one vehicle and one motorcycle were overloading, speeding and faulty vehicle.

Mr Theman stated that the areas where the crashes took place were built up areas that were heavily populated, hence any crash had risks of causalities.

The commander said that in one of the crashes, a motorcyclist was carrying three passengers, “this is unacceptable and that’s why we have been sensitising them but some will just not listen.”

Theman said additional patrol vehicles and personnel would be deployed to those areas which had been recording series of crashes.

He cautioned motorists against speeding, overloading and using faulty cars, adding, “we must avoid whatever willl lead to crashes and be careful especially now that the Ember months are here.”

Mr Theman also cautioned residents of the by-pass and Pantami community to avoid trading close to the roads while those crossing roads were advised to always be watchful. (NAN)

Why North-east should vote APC in 2023 – Tinubu