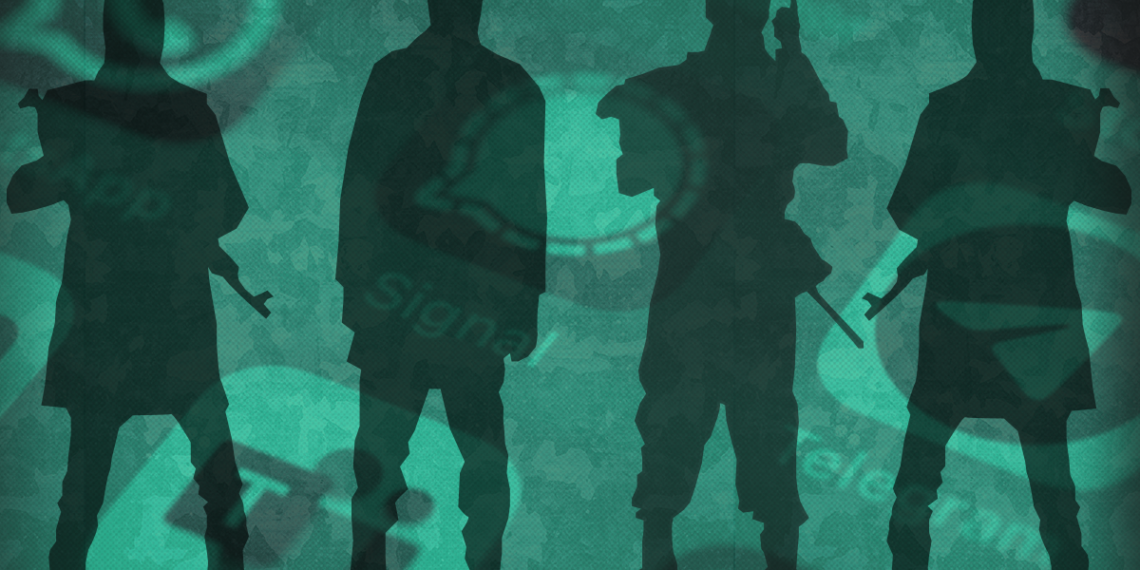 Terrorists’ use of tech in West Africa must be contained

When al-Shabaab attacked the Westgate shopping mall in Nairobi, Kenya in 2013, the group live-blogged the terrifying event on Twitter, taunting the authorities who were struggling to end the siege. It represented a chilling milestone in the weaponisation of social media platforms and demonstrated the audacity and adaptive nature of Africa’s armed groups.

Nearly a decade later, terrorist groups in West Africa are fine-tuning their tactics to hijack social media platforms and messaging apps. Parts of the region have been home to the fastest growing and deadliest violent extremists, the Global Terrorism Index reveals. And there has been a steady rise in incidents where social media platforms and messaging apps have become an integral part of extremists’ modus operandi.

As the physical and online worlds fuse, many groups, especially al-Qaeda in the Islamic Maghreb (AQIM), are embedding the internet deeper into their operations, according to researchers such as Bulama Bukarti of the Tony Blair Institute for Global Change. What’s more, given their decentralised character, these groups are proving harder to intercept and are achieving a reach online that would not be possible in the physical world.

A recent workshop in Ghana organised by Tech Against Terrorism (TAT) laid out the expansive nature of online terrorist content in West Africa and highlighted strategies to mitigate the risks. TAT is a non-governmental organisation established by the United Nations Counter-Terrorism Committee Executive Directorate to forge ties between tech platforms, academia and civil society.

Violent extremist groups in West Africa, especially in the Sahel and Lake Chad Basin, use the internet to deliver propaganda, recruit, radicalise and incite attacks, and finance and plan their operations.

DErin Saltman, former head of Facebook’s Counterterrorism and Dangerous Organizations Policy section and now programming leader for the Global Internet Forum to Counter Terrorism (GIFCT), a TAT partner, is a prominent voice in this field. She says greater efforts are needed to encourage tech companies to ‘prevent and respond’ to terrorism online by increasing their transparency and reporting while respecting human rights.

While larger platforms such as Facebook, Twitter and WhatsApp have the resources to offer a degree of content moderation, many smaller operators don’t. These are the ones terrorist groups prefer.

Other groups such as the Boko Haram break-away faction, Islamic State West Africa Province (ISWAP), appear to rely on messaging services like WhatsApp and Telegram to communicate internally and externally because they prefer these apps’ encrypted nature. ‘Telegram is becoming the new front line for terrorist groups in Africa,’ warns Mr Bukarti. ‘On last count, ISWAP had over 50 Facebook and Telegram accounts.’ Furthermore, ‘there’s no scrutiny; nobody seems to care in Africa.’

Whether it’s about not caring, insufficient research or competing policy priorities, there is little doubt that violent extremist groups in West Africa deploy tech differently.

Before splitting into two factions, Boko Haram was less aggressive in its use of the internet, says Mr Bukarti. Nevertheless, it still enjoys significant user traffic, especially to YouTube sites hailing the group’s founder Mohammed Yusuf. Alongside accessible content is paid-for adverts, suggesting that tech companies are ‘making money out of terrorist content,’ Mr Bukarti claims, as more views boost the platform’s revenues. While this may be unintentional, maximising site traffic is part of the business case for internet platforms.

What incentive is there for tech companies to respond? Do commercial imperatives dominate, or can reputation management help encourage responsible use of cyberspace? Bigger players such as Meta (formerly Facebook) have responded to external pressure and developed ‘formal processes’ and ‘dedicated channels’ to deal with requests to remove terrorist content, say their policy team. But smaller platforms don’t necessarily have the resources to respond in the same way.

Furthermore, while the Global North has been more successful at calling out tech companies after incidents such as the 2019 Christchurch, New Zealand attack, there has been much less consumer pressure across Africa. This is possibly because of the ‘digital divide’, competing policy priorities and a relative lack of awareness on the continent.

TAT has recently launched a knowledge-sharing platform to send out secure alerts when terrorist content is identified. It has also developed outreach and mentoring programmes for smaller internet platforms and governments to build resilience against a growing trend of terrorist content online.

African governments must engage with the tech sector to broaden their knowledge of the context in which terrorist organisations thrive. They should devise rapid responses that adhere to human rights principles – rather than total internet shutdowns, which deprive citizens of their right to freedom of expression.

More than that, they need to make internet use by terrorist groups in Africa matter to the wider world.