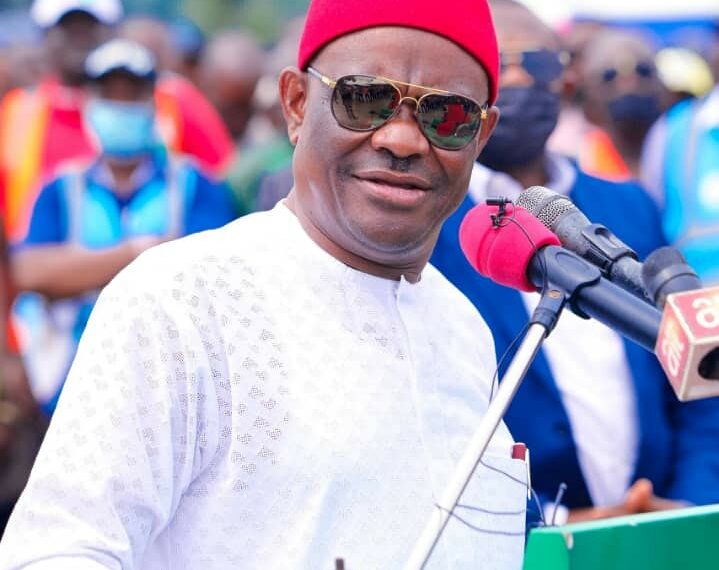 The crisis rocking the PDP appears to be far from being over.

Governor Nyesom Wike of Rivers State has rejected Walid Jibrin’s resignation as chairman of the Peoples Democratic Party (PDP) Board of Trustees.

Mr Wike disclosed this in Port Harcourt on Thursday while commissioning a Campus of the Rivers State University in the Ahoada East Local Government Area of the state, according to a report by NCIR

Mr Wike who was reacting to the resignation of Mr Jibrin, insisted that the chairman of the party, Iyorchia Ayu, must relinquish his office for the party to have peace.

The governor said besides Mr Ayu promising to resign if a northerner is nominated the party’s presidential candidate in the 2023 election, Atiku Abubakar, who emerged the party’s candidate, also assured him Mr Ayu will leave office.

Mr Wike said Atiku told him a day after the presidential primary of the party when he (Atiku) visited him to seek his support.

“When we finished our convention on a Saturday to Sunday, the candidate of the party (Atiku) came to see me in my house in Abuja on Monday around 10:30 a. m. The candidate told me: ‘I want us to work together’ and then he said, ‘Look, Ayu must go’.

“I said why? He said because when a candidate comes from the north, the chairman will come from the south. And I am saying, implement what you told me. What offence have I committed? It has nothing to do with Wike; it has to do with integrity.

“I challenge the presidential candidate to deny this. If he denies this, I will go further to say so many things to Nigerians because enough is enough.”

Mr Ayu has been under pressure from a group of governors and some former governors of the party led by Mr Wike, to step down for a southerner.

Mr Wike’s group had been complaining about the imbalance in the party leadership as Mr Ayu and the presidential candidate of the party, Mr Atiku, and the heads of major organs of the party are all from the north.

But Mr Ayu had in a BBC interview described those calling for his resignation as “children.”

“When we started the PDP, we did not know these boys, they are children, they don’t know how we founded the party. We will not agree with one person to come and destroy our party.”

The PDP has been enmeshed in crisis after the party’s presidential primary last year.

Mr Wike and Atiku have been at loggerheads after the presidential primary where the former vice president defeated the Rivers governor.

The feud further deepened after Atiku ignored the PDP committee’s recommendation of Mr Wike as the party’s vice presidential candidate.

The crisis rocking the party, however, entered a different phase when a group of party members led by Mr Wike demanded the resignation of the party national chairman to correct what they described as “imbalance” in the party leadership structure.