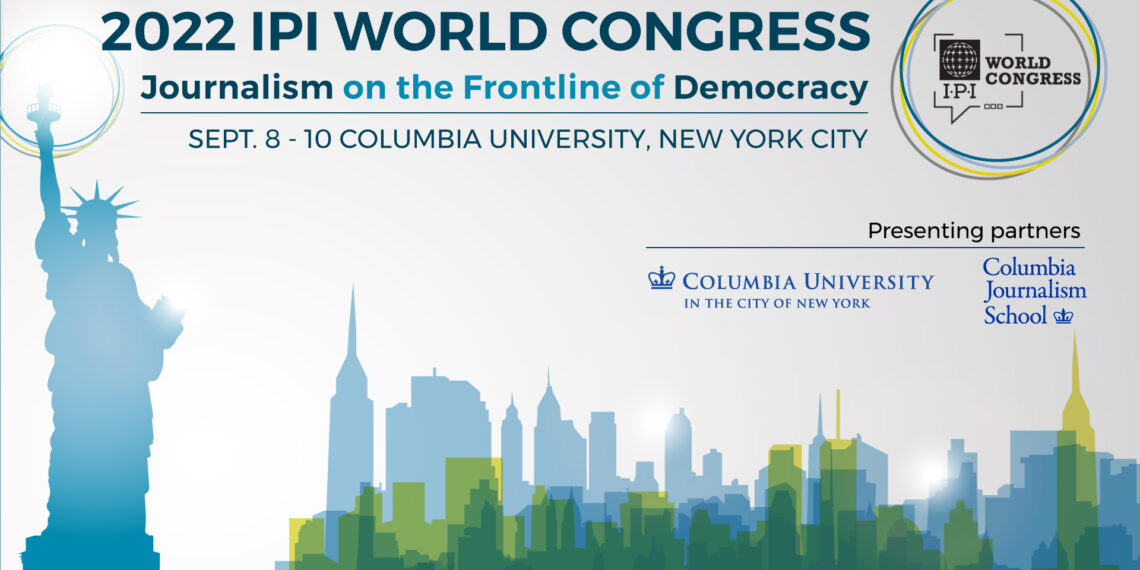 The IPI congress, which will be held from 8 to 10 September at Columbia University in New York, is themed "Journalism on the frontline of Democracy."

The International Press Institute is set to host the 2022 global journalism congress in New York.

The congress, which will be held from 8 to 10 September at Columbia University in New York, is themed “Journalism on the frontline of Democracy.”

“More than 300 people are registered to attend the IPI World Congress in person, and another 120 have registered to attend online, from every continent (except Antarctica!),” organisers said. “Together with our global audience joining online, there’s going to be lots of new friends to be made and smart people for us all to learn from and share with.

“The Congress will cover issues of press freedom as well as media innovation, collaboration, diversity, and technology, with dozens of fantastic speakers ready to share their insights and practical tips. The special closing reception event on Saturday evening will be hosted by the New York Times and is open only to IPI members, speakers and programme supporters.”

According to IPI’s North American Committee (NAC) Chair, John Daniszewski, the World Congress in New York was “conceived as a homecoming for IPI”, which “was launched in New York in 1950, when 35 international editors came together to create the first global alliance for press freedom.”

The International Press Institute (IPI) is a global network of media executives, editors and leading journalists.

Since its establishment in 1950, it has consistently and strongly crusaded for media freedom in every corner of the world.

“Right now, we find our world and our communities once again divided between democracy and authoritarianism. Only free and independent journalism can meet the challenge of the moment,” the congress organisers said.

“At the 2022 IPI World Congress, we’re more than a conference. We’re a movement for journalism. For two-and-a-half days, we’ll put journalism at the centre of the world, back where IPI first started in 1950 at Columbia University in New York.”

A number of Nigerian top media executives are attending the conference, including the Editor-in-Chief of PREMIUM TIMES, Musikilu Mojeed, who is also the President of the Nigerian chapter of the IPI.