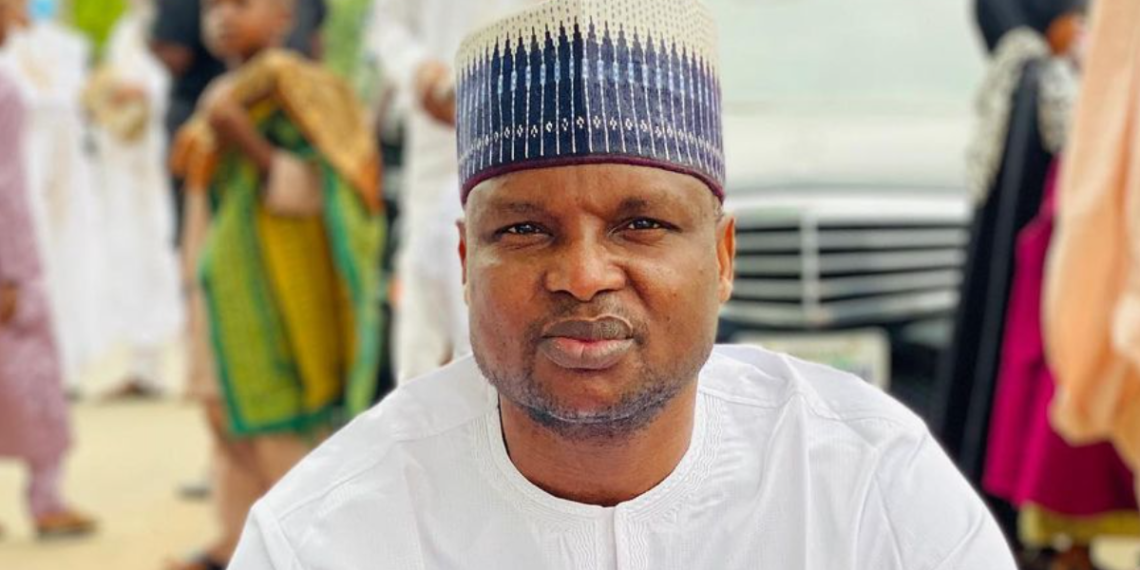 NDLEA says it traced several properties to Abba Kyari and some of his siblings in Abuja and Maiduguri, Borno State.

Mr Kyari is standing trial on cocaine-related charges alongside four members of his former police unit, the IRT.

In the fresh suit filed at the Federal High Court in Abuja, the NDLEA accused him of non-disclosure of assets. The agency says it traced several properties to Mr Kyari and some of his siblings in Abuja and Maiduguri, Borno State.

According to the fresh 24 charges, the NDLEA said Mr Kyari failed to declare his ownership of the properties in different locations in the Federal Capital Territory, Abuja and Maiduguri.

Over N207 million and Є17,598 were also found in his various accounts in GTB, UBA and Sterling Bank.

The charges dated 30 August was filed by NDLEA’s director of prosecution and legal services, Joseph Sunday. The anti-narcotics agency alleged that Mr Kyari concealed his acquisition of the assets.

Other defendants named in the suit marked: FHC/ABJ/CR/408/22 are: Mohammed Kyari and Ali Kyari.

Stephen Kashawa, a litigation officer at the NDLEA who deposed to an affidavit in support of the charge, said investigation into Mr Kyari’s activities was expansive when he was transferred by the police to the NDLEA headquarters on February 14, 2022 for investigation.

According to the filings, the financial investigation which extended to Mr Kyari’s assets triggered the fresh suit bordering on non-disclosure and money laundering.

In one of the charges, the prosecution alleged that Mr Kyari knowingly failed to make full disclosure of his asset at plot no 1927 Blue Fountain Estate, Karsana, Abuja and thereby committed an offence contrary to and punishable under section 35(3)(a) of the National Drug Law Enforcement Agency Act, CAP N30, Laws of the Federation of Nigeria, 2004.

In addition, Mr Kyari was said to have failed to dusclose his ownership of a shopping mall titled, NE/1229 and a polo playground with plot no. 270, both located in Maiduguri.

The charges also said the former IRT commander did not make full disclosure of his ownership of farmland along Abuja-Kaduna road and a plaza under construction in Guzape, Abuja.

In an alleged effort to cover-up the ownership of a plot of land covered by Certificate of Occupancy no: 000271 issued by Maiduguri Metropolitan Council, Borno State, Mr Kyari was said to have deposed to an affidavit at the Federal High Court, Maiduguri in suit number, FHC/NG/CS/9/2022, contrary to section 18(a) of the Money Laundering (Prohibition) Act.

The prosecution further accused Mr Kyari of deposing to an affidavit to hide his ownership of plot no 9, BOTP/63 covered by the grant of right of occupancy no. BO/1087; a shopping mall at number 4, Aliyu Close along Giwa Barracks, Maiduguri, covered by Certificate of Occupancy no. NE/1229.

The NDLEA accused Mr Kyari of failing to declare in its assets declaration form the sum of Є17,598 in two GTB accounts, being proceeds of unlawful activities; N2.9 million in UBA; N366, 258.77 and N88.000 in Sterling Bank.

The NDLEA in its charges against Mr Ubua said he refused to disclose a N100 million life insurance policy with First Bank of Nigeria Insurance Limited, including several millions stashed in different bank accounts.

In the charges against Mr Ubua with number FHC/ABJ/407/22, the government revealed that he did not disclose a N100 million life insurance policy with First Bank of Nigeria Insurance Limited, including several millions stashed in different bank accounts.

He was accused of converting between January and March, 2022, the sum of N40.8 million in his Polaris Bank account number 1060047951, being proceeds of unlawful activities.

Mr Kyari is currently facing cocaïne-related charges along with four other police officers at the Federal High Court in Abuja.

Two other persons arrested at the Akanu Ibiam International Airport in Enugu, Enugu State, in January this year, in connection to the cocaïne charges have since pleaded guilty and sentenced to jail.

Two civilians, Chibunna Umeibe and Emeka Ezenwanne, who are the 6th and 7th defendants, were jailed on 14 June 14 by the judge, Emeka Nigerian for cocaine trafficking.

Messrs Umeibe and Ezenwanne pleaded guilty to the charges when they were read to them on 7 March. They were sentenced to two years imprisonment.

On 30 August, the Federal High Court in Abuja, declined the Nigerian government’s request to extradite Mr Kyari to the US for fraud charges involving Nigerian Instagram celebrity, Abbas Ramon known as Hushpuppi.

The judge, Inyang Ekwo, refused the application on the grounds that Mr Kyari is being prosecuted by the Federal Government, a development that is in conflict with Nigeria’s extradition law.

But another federal judge in Abuja, Emeka Nwite, before whom Mr Kyari and his co-defendants are being tried for cocaine trafficking, refused the defendants bail after they sought to secure their freedom following the terrorists invasion of the Kuje prison in Abuja recently.

Gorbachev and the imperative of universal human values, By Uddin Ifeanyi