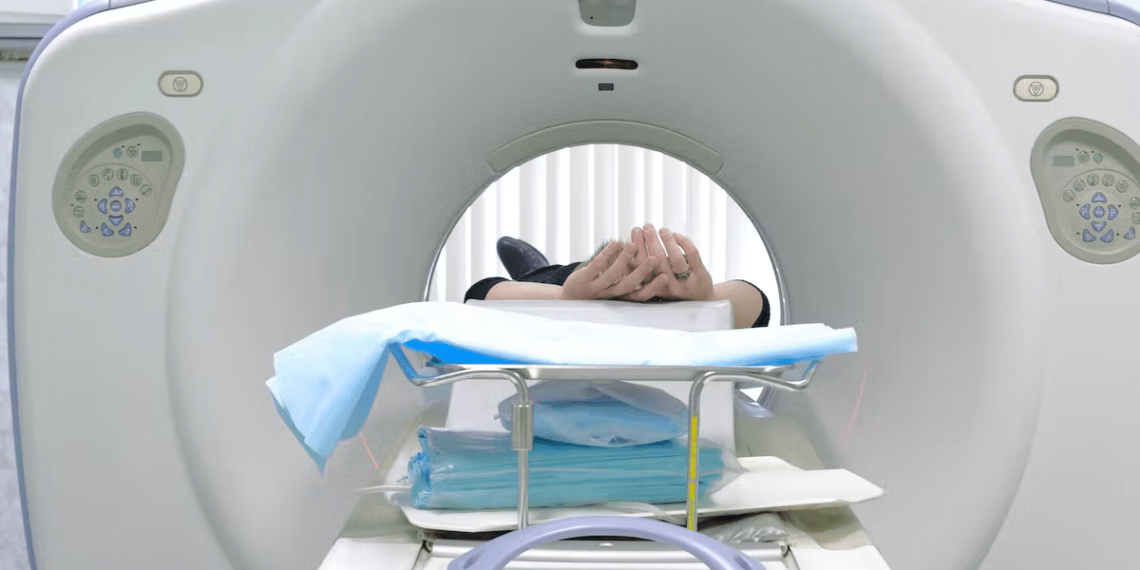 The Lagos State police command said it is aware of the case and that the file is currently with its legal unit for legal advice.

A popular Nigerian medical practitioner and cancer care advocate, Femi Olaleye, has been accused of sexually violating a minor.

Mr Olaleye, the managing director of Optimal Care Centre, Surulere, Lagos, was accused of harassing a niece of his wife, Remi Olaleye, for one year and nine months.

The caregiver was also accused of threatening to deal with his wife, who reportedly informed the police of the incident and is now pressing charges.

The Lagos State police command said it is aware of the case and that the file is currently with its legal unit for legal advice.

Popular Nigerian actresses, Kate Henshaw and Damilola Adekoya, who is known for her stage name, Princess, recently released videos about the matter.

Ms Henshaw in her video said the accused once confirmed the allegation to her during one of the cancer care outreaches held recently by the doctor’s organisation.

The actresses have, therefore, called on the Lagos State Domestic and Sexual Violence Response Team, (DSVRT) and various non-government organisations, (NGO) involved in cases of rape and sexual abuse to do more in protecting children from sexual abuse and sexual violators.

Mr Olaleye could not be reached for his stance as he did not pick calls or reply messages sent to him.

Ms Henshaw, who said her post was necessary based on her relationship with the accused, said she was surprised that Mr Olaleye who had earlier confessed to her of “falling into a trap allegedly set for him by his wife,” later denied a few weeks after via short text messages they both exchanged.

She said; “I have known Dr Femi for many years. He had approached me to help in his advocacy for breast cancer screening. For years I have supported his vision and even put in money towards helping women get screening.

“On the 9th of July we met again at another advocacy event where he partnered with Reddington Hospital on Victoria Island, Lagos.”

Ms Henshaw said, at the event, she asked after his wife and Mr Olalaye said they were now separated and “that she kicked him out of the house.”

“He went on to say, ‘I will admit to you Kate that she set me up and I fell for it.’ When I asked what happened he said she brought a young girl to the house and he did stuff with her. He blamed his wife for knowing his weakness and still went ahead to bring the girl to the house.

“He even said she arrested him at that time and told me when I probed further that he had sexual affairs with the girl but didn’t mention that she is a minor or that she is his wife’s niece. He just told me other things and I said alright take it easy and resolve it with your wife,” she said.

Ms Henshaw said the doctor’s wife later reached out to her after a while and told her what really transpired.

She said Mrs Olaleye sent her videos confirming that Mr Olaleye had been sleeping with the minor for a long time but claimed she could not post the video due to the minor involved.

“I sent him a message to express my disappointment and told him to go to submit himself to the authorities but his response was that he totally understands and added that he cannot remember admitting to me that he had sexual relations with anyone,” Ms Henshaw added.

Meanwhile, in another viral video on social media, Princess said she has also known the doctor for a long time and has joined in his advocacy against breast cancer and has learnt a lot from him.

She said she also just found out that he has been abusing his wife’s niece and was threatening her as well.

Princess said; “He would threaten her with all these fetish stuff that the day she talks she would die, then he started giving her some pills to prevent pregnancies.

“The worst of it is that the case was reported and the next day, he was supposed to be charged to court but because he made an undertaking that it will not happen again he was detained and released.”

Princess said the doctor started going to his wife’s house to threaten her and sent people after “her to kill her.”

In another audio that Princess played online, a voice allegedly belonging to Mr Olaleye’s mother, was heard threatening another person in the conversation that her son should be spared because “doing such is not a new thing.”

The other party in the conversation was said to be Ms Olaleye.

“My son came home and told me what he did and that you are not supporting him but instead want to kill him. In the name of Jesus nothing will happen to my son. It is you that will die and it is you that will be cursed.”

Princess claimed that Mr Olaleye was in London before but was accused by patients of sexual molestation and was sacked. The development, she alleged, led to the crash of the doctor’s first marriage.

Apart from switching off his personal line, all telephone lines on the website of Mr Olaleye’s known organisations including the hospital have been switched off.

Meanwhile, the doctor has also reportedly changed his status profile on some social media platforms to “private” to avoid the public reaching out to him via messages.

When PREMIUM TIMES contacted the Lagos State Police Public Relations Officer, Benjamin Hundeyin, a superintendent of police, he confirmed knowledge of the matter.

He said: “The case file has been sent to the Legal unit for legal advice. Awaiting response.”