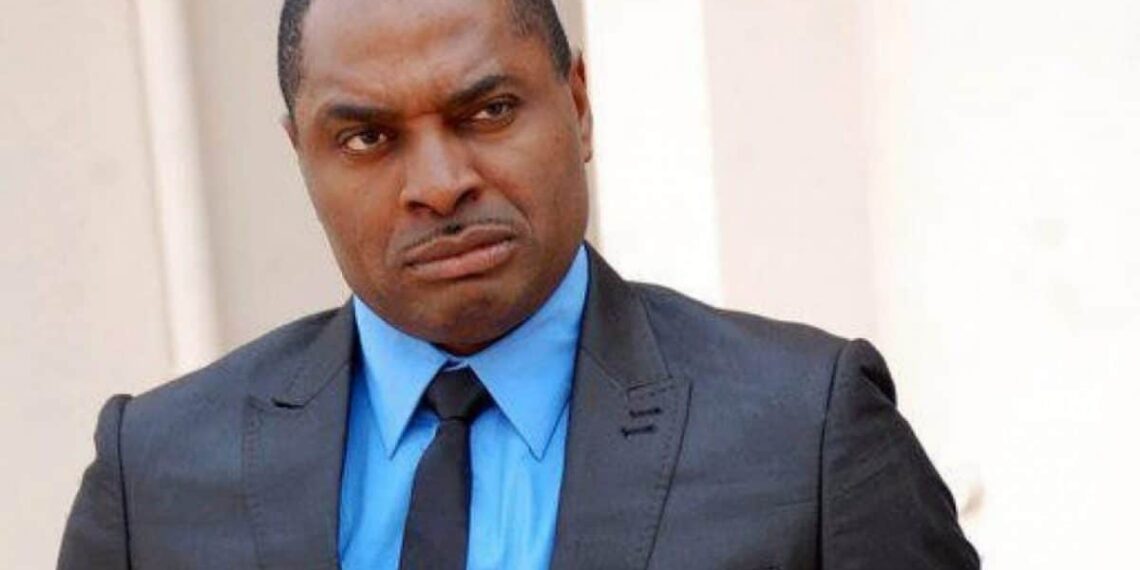 2023: Tinubu, Atiku should step down for Peter Obi — Kenneth Okonkwo

“The security, economy and fight against corruption have collapsed. The APC has failed, and their failure is built on the foundation of the loss of the PDP that died first ... ’’

As campaigns begin on 28 September, political party loyalists, like Nollywood actor and lawyer, Kenneth Okonkwo, are warming up to go all out for their preferred candidates.

Mr Okonkwo, who recently joined the Labour Party, has been speaking on the party and the chances of its presidential flagbearer, Peter Obi, in 2023.

In an interview with Arise TV on Thursday, the actor urged the Igbos to approach the forthcoming election from a nationalistic perspective.

In the interview, the actor addressed individuals who accused him of presenting Mr Obi as an Igbo candidate before Nigeria.

Mr Okonkwo, one of Nollywood’s finest actors, has been heading towards a career in Law and Politics.

An actor and lawyer, he has dived into the political arena to effect a change in the state of the nation.

Okonkwo, formerly in the APC, defected to the Labour Party to support Mr Obi’s political aspiration.

“Nigeria is yearning for a change. We’re yearning for a new Nigeria. Whoever is a Nigerian and is telling you that they are happy with the status quo, such person is doing that for personal, not national interest,” he said.

“Peter Obi is now the symbol of that escape, and everybody should fall in line. If I see Atiku Abubakar and Bola Tinubu, I’ll beg them to step down and support Peter Obi’s becoming president.”

“Security, economy and fight against corruption have collapsed. The APC has failed, and their failure is built on the foundation of the loss of the PDP that died first and acknowledged that, so Nigeria is yearning for a change.

Mr Okonkwo joined the Labour Party (LP) on 24 August, about one month after he left the APC over its Muslim-Muslim presidential ticket for 2023.

He stated that APC’s Muslim-Muslim ticket would permanently destroy the political viability of Christians in nothern Nigeria, if allowed to stand.

Mr Okonkwo added that he resigned his membership in the interest of equity, justice, fairness and peaceful co-existence among Nigerians.

A convener of the Campaign for Equity and Justice in Nigeria, Mr Okonkwo said he joined APC because of its constitutional vow to eliminate all forms of discrimination and social injustice in Nigeria.

Mr Okonkwo said he was joining the LP to help enthrone good governance and achieve a new Nigeria.

He said the LP presidential candidate is the symbol of the new Nigeria and called on all Nigerians to support the former governor to emerge as the country’s president in 2023.

“It was an honour and a privilege to be welcomed into the Labour Party on the 23rd of August, 2022, at the Supreme God House, Apo, Abuja, by the entire executive of the FCT Labour Party, representing the National Executive of the party,” he said.

Speaking on his defection, he absolved himself from the backlashes from his endorsement of President Muhammadu Buhari in past elections.

He said, “I absolved myself a hundred per cent. One, I was never part of his government, whatsoever. In 2015, I was in PDP, and I did not bring Buhari to power. Let me confess I have a personal love for President Buhari, and I did not have to bring him to power because, by 2011, he had openly said he was retiring from politics, so by 2015, I felt a younger person should be allowed to complete his term”.

“I was in PDP then, so I did not help to bring him to power, I’m saying, but 2019, he had done his first tenure and let me tell you the truth, when they came in, they tackled the issue of security preliminarily to the point that they declared that Boko haram has been technically defeated, I joined APC December 30th, when PDP failed as a ruling party and failed as an opposition party.

“They were not creating formidable opposition to the ruling party, which is one of the conditions (for) the progress of democracy, and I thought that a former military head of state, in fairness, who chased away the way terrorists and who has entered the government and is doing well, security-wise, will continue in that trajectory.

“I also thought that in the economy, he refused to borrow when he was military head of state and was paying our debts with crude oil. I thought it would continue that trajectory, but I failed and told APC after six years.”

He said Nigeria is “so blessed” but regretted that the country had been “battered by bad leaders”.

In 2019, the ‘Living in Bondage’ actor explained the rationale behind joining the APC, which has shaky roots in South-east Nigeria.

In an interview with BBC Igbo, he said that he told Igbo people to join the APC in 2019 to get a chance at fixing what he termed as “16 years of misrule”.

He said Nigeria needs a president of Igbo extraction to fix the South-east and engender political inclusion.