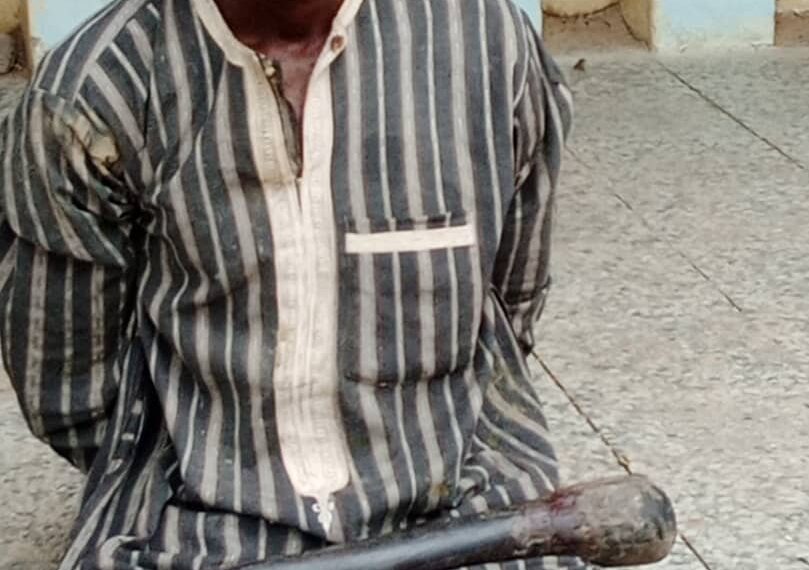 The police are investigating the incident

Residents of Zarada Sabuwa village were on Thursday thrown into pandemonium following the murder of their village head, Ahmad Muhammad, and his wife Hauwa Ahmadu, by their son, Munkaila Ahmadu.

The incident happened in the Gagarawa Local Government Area of Jigawa State.

The police said the deceased parents Mr Muhammad was aged 70, while his wife Hauwa, was 60.

The police spokesperson said the arrested suspect also injured two other people in the community. He identified those injured as Kailu Badugu, 65, and Hakalima Ahmadu, 50.

While the reason for his actions could not be ascertained, the police said they have taken the suspect into custody and commenced an investigation.

Mr Adam said they conveyed the deceased to General Hospital Gumel where they were certified dead.

The injured are being treated as well.

“Suspect was arrested and the exhibit was recovered.

“Preliminary investigation revealed that Ahmad Muhammad and Hauwa Ahmadu happened to be the biological parents of the suspect.

“The Commissioner of Police, Jigawa State Police Command, Aliyu Tafida, directed that the case should be transferred to the criminal investigation department immediately for discreet investigation and possible prosecution of the culprit, the spokesperson said.

Returnees from Ukraine enrolled into American University of Nigeria