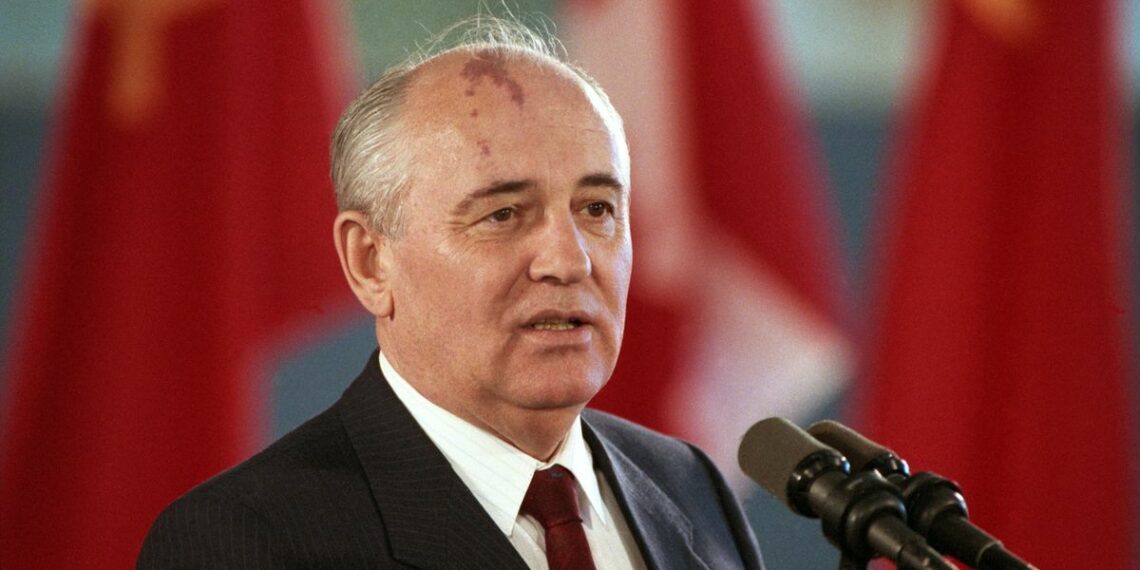 Mr Buhari described Mr Gorbachev, who died on Tuesday evening, as "a courageous reformer, who will be remembered for years to come because of his immeasurable contributions to world peace and openness in his own once rigidly closed society."

President Muhammadu Buhari has described the last leader of the former Soviet Union, Mikhail Gorbachev, as “a courageous reformer, who will be remembered for years to come because of his immeasurable contributions to world peace and openness in his own once rigidly closed society.”

Reacting to the death of Mr Gorbachev at 91 on Tuesday, President Buhari said “the late Gorbachev was a remarkable gentleman whose reformist agenda had fundamentally changed the Soviet society through his policy of Perestroika and Glasnost, both of which set the stage for economic and political transformation of his own country and that of others in the defunct Soviet Union.”

Mr Gorbachev was in power between 1985 and 1991. He died Tuesday evening after “serious and long illness,” according to the Central Clinic Hospital in Moscow.

His emergence as the country’s leader set in motion revolutionary changes that transformed the map of Europe and brought the cold war that had threatened the world to an end.

President Buhari explained that, “although Gorbachev’s political career was consumed by those reforms, history and posterity will be kind to him for placing the interests of the Soviet people above his own ambition.”

According to the Nigerian leader, “the impact of Gorbachev’s legacy was not limited to the former Soviet Union, but it also affected the wider world, such as his voluntary dissolution of the Warsaw Pact military alliance in pursuit of permanent peace in the world.”

President Buhari said “we cannot forget in a hurry how Gorbachev advocated for the destruction of nuclear weapons by both the former Soviet Union and the United States during his meeting with Ronald Reagan.”

The President added that, “although Gorbachev died without achieving his dream of a nuclear-free world, his genuine commitment to durable international peace and security would never be forgotten.”

PDP Crisis: Those calling for my resignation are children – Ayu blasts Wike’s group