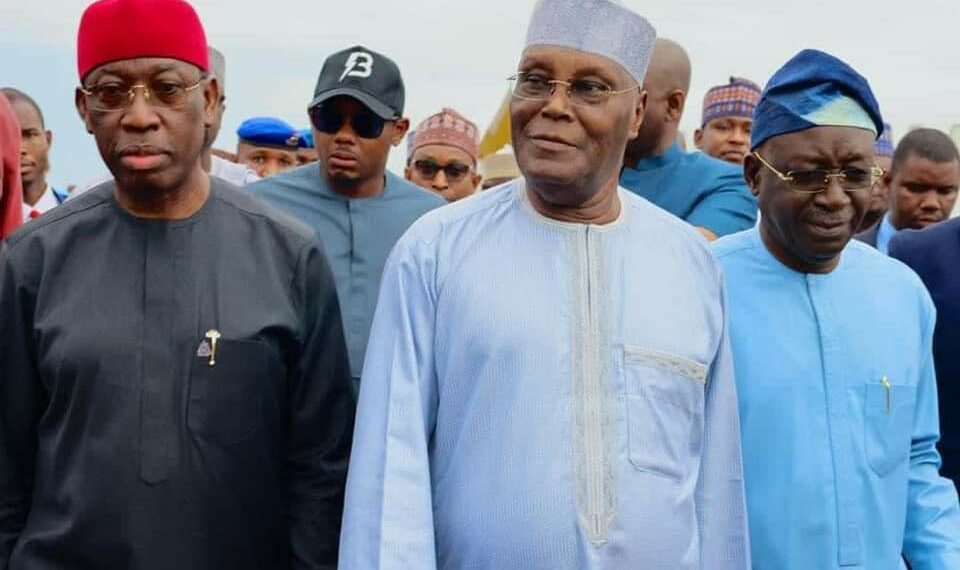 Atiku, Okowa, Ayu in Kano as Shekarau returns to PDP

The PDP presidential candidate is expected to receive former Kano governor, Ibrahim Shekarau, into the PDP on Monday

The presidential candidate of the Peoples Democratic Party (PDP), Atiku Abubakar, Sunday, arrived in Kano State alongside party bigwigs in a scheduled meeting with Ibrahim Shekarau, a former Governor of Kano State, who is expected to return to the party from the New Nigerian People Party (NNPP).

“I just touched down at the Centre of Commerce, Kano State. The next few days are set to be very productive, Mr Abubakar said in a Facebook post.

The former Kano Governor, who is the incumbent senator for Kano Central District, said he was leaving the NNPP for refusing to implement the terms of an agreement it reached with the group before its defection to the party in May.

Mr Shekarau is expected to announce his return to the PDP on Monday where he will be received by Mr Atiku and his entourage.