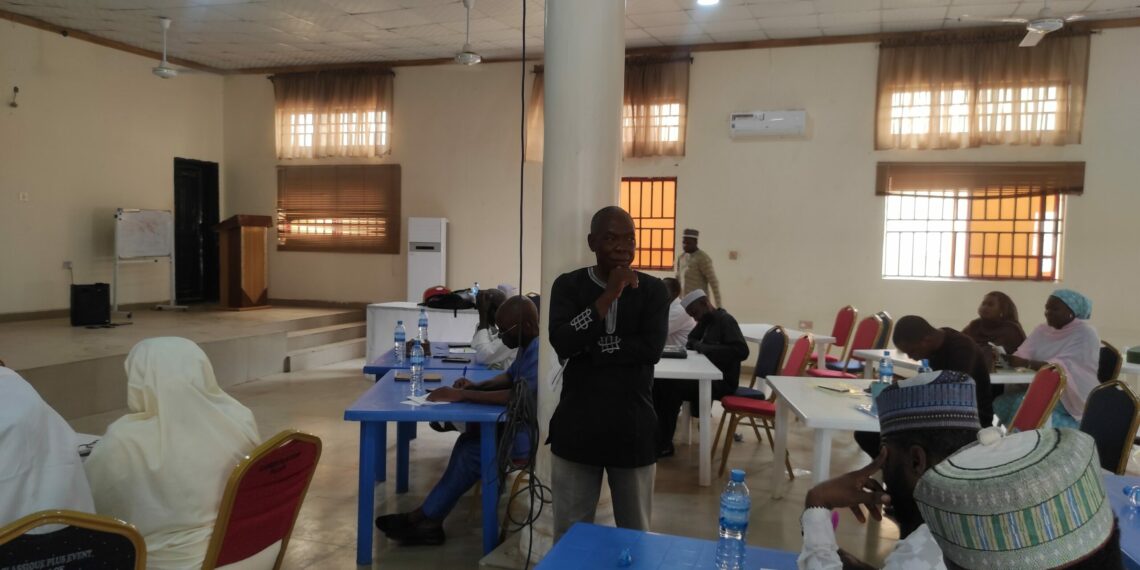 Participants at the Media Dialogue on Exclusive Breastfeeding

The study shows an increase but UNICEF says the progress is too slow.

A 2022 United Nations-backed report has revealed that only two out of 10 children are exclusively breastfed in Katsina state.

The survey, released Monday, was conducted by the Multi-Indicator Survey Cluster (MICs), supported by the United Nations Standing Committee on Nutrition.

He expressed the need for the state government and other stakeholders to double their efforts in improving exclusive breastfeeding in the state.

Me Diop said: “With exclusive breastfeeding, a child is ensured of development and survival and without that, a child is at risk of not being developed both mentally and physically.

“According to the 2022 MICs report, only two out of 10 children are exclusively breastfed in Katsina. With only two out of 10 having a better chance of development and survival. It means eight out of 10 are at the risk of being malnourished, which is indeed unacceptable.”

He called on the state government to invest heavily in exclusive breastfeeding as a precaution against other childhood illnesses, especially malnutrition.

Mr Diop said the Sustainable Development Goals has a target of 50 per cent exclusively breastfed babies in 2030.

Mr Diop noted that the statistics on the well-being of children in Katsina are disturbing.

He said most of the issues could be tackled with exclusive breastfeeding.

Isa Muhammad, the Katsina State Assistant Nutrition Officer, said the dialogue was organised to inform the public about the danger of denying children the right to grow well by not breastfeeding them exclusively.

“We are here to share the concept of Stronger with Breast milk Only” (SWBO) to Media personnel as an initiative to ensure that mothers get the support they need to give their babies the best start in life.

“We want to emphasize exclusive breastfeeding from zero – 6 months with an emphasis on zero water,” Mr Muhammad added.

While launching the “Stronger with Breast milk Only” (SWBO) initiative,” the governor’s wife, Zakiya Masari said mothers should be supported to initiate breastfeeding “as soon as possible after birth.”

She called on government and community leaders to support women to achieve exclusive breastfeeding.

“We must always remember that breastfeeding is not only important to the child but also important to the mother, her family and the society at large. All community leaders and government sectors must include women in system transformations to ensure breastfeeding-friendly communities and workplaces respectively. For working women, this support comes in the form of maternity leaves for their convenience.”

She called on women to avoid feeding their babies with goat or cow milk while they could breastfeed them.