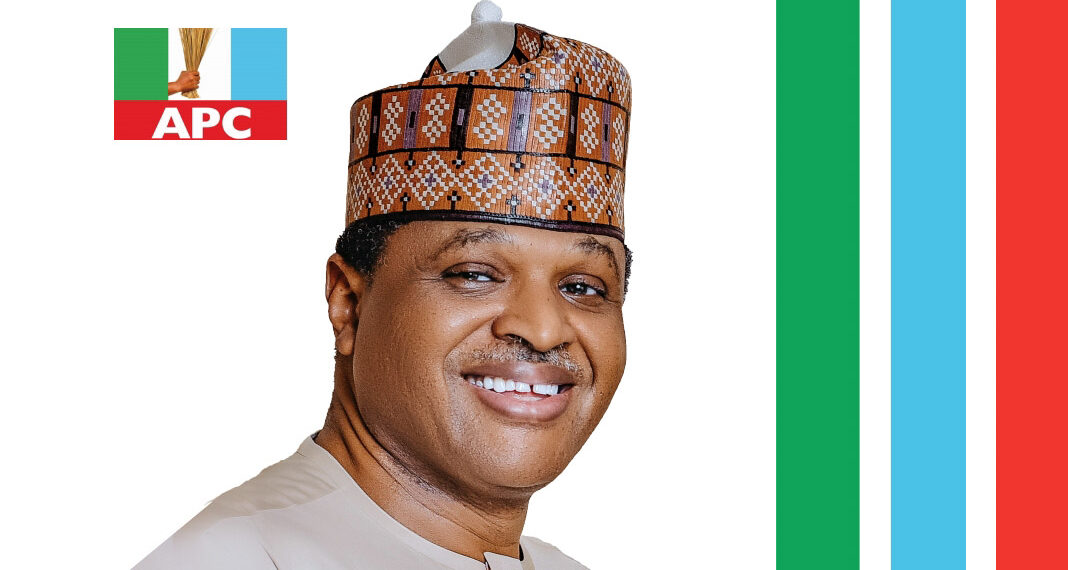 A former Chief of Air Staff, Sadique Abubakar, was on Thursday, elected the governorship candidate of the All Progressives Congress in Bauchi State.

The group alleged that Abubakar Sadique, a former chief of air staff and APC candidate in Bauchi States, withheld vital information in Form EC 9 he submitted to INEC.

A group, Accountability and Democratic Project (ADEP), has asked the Independent National Electoral Commission (INEC) to disqualify the governorship candidate of the All Progressives Congress in Bauchi, Abubakar Sadique, for allegedly withholding vital information in the document he supplied to the Commission.

In a letter signed by its Executive Director, Ahmad Muhammad, to INEC, the group alleged that Mr Sadique, a former chief of air staff, withheld vital information in Form EC 9 he submitted to the commission.

It said the APC candidate failed to annex documents to back up some of his claims on his academic qualification and his citizenship of Nigeria in the form.

He was elected the governorship candidate of the All Progressives Congress in Bauchi State in May.

In the letter dated August 15, ADEP alleged that Mr Sadique did not provide information in the form that he is a Nigerian by birth despite the provision in the Electoral Act requiring persons seeking elective offices to do so.

“As part of our scrutiny of candidates aspiring for political offices for the February 2023 elections, we are currently going through submissions made by candidates to your commission as required by law.

“In the course of this, we have found, with concerns the submission made by the candidate of the All Progressives Congress (APC) for the governorship of Bauchi State, Air Marshal Abubakar Sadique Baba (retired) where he filed in incomplete information and withheld important credentials that should be part and parcel of his EC 9.

“A cursory look at the form shows the candidate claimed that he was born in Azare. He also claimed to have attended St Paul Primary School and finished in 1973, and graduated from GSS Bauchi in 1978.

“Curiously, however, the candidate did not annex documents to prove all these claims that are vital to his overall credentials,” the letter partly read.

“He further stated that persons aspiring for positions must prove that they are citizens of Nigeria beyond reasonable doubt which he said Mr Sadique failed to do.

“Surprisingly, however, the very document that should prove to us the citizenship of the Candidate in question is not supplied.

“Anybody reviewing the document is also left doubtful about the primary school and secondary schools the candidate claimed to have attended as there is no evidential document to confirm that.

“We view this as a flagrant disregard of the Electoral Act and the INEC Guidelines as all candidates are clearly directed to attach all credentials they claim to possess to the EC 9 form.

The group said the deliberate omission of the information in the form keeps it guessing if the APC candidate was not hiding something.

“This deliberate omission also keeps us guessing if Mr Baba has anything he is hiding thus choosing to declare only a part of the credentials he claims to possess are necessary requirements for him to stand as a candidate in the upcoming election.

“It is in this light that we write your good office to draw your attention to this grave disregard for the law and ask that you apply the law appropriately by disqualifying the said Abubakar Sadique Baba.

“This call is hinged on the fact that the Candidate is guilty of disregard for the guidelines, as clearly indicated, and for holding on information which he has sworn to possess,” it said.

Not in tune with reality

When contacted, the spokesperson of the APC campaign organisation in Bauchi, Salisu Barau, dismissed the allegations.

He urged the CSO to go to the schools in Bauchi to verify.

“I think those people who made the allegations are not in tune with the realities at this time.

“First of all, our principal is a law abiding, intelligent person that will not play with rules and regulations.

“And I think if they are talking about the schools he attended in Bauchi, they should go and check the history very well so that they know what to write.

“As far as we are concerned, this is their own figment of imagination. There is no iota of truth in what they are saying and therefore we just do not have to say anything about them because they are not worth it,” Mr Barau told PREMIUM TIMES on Wednesday.