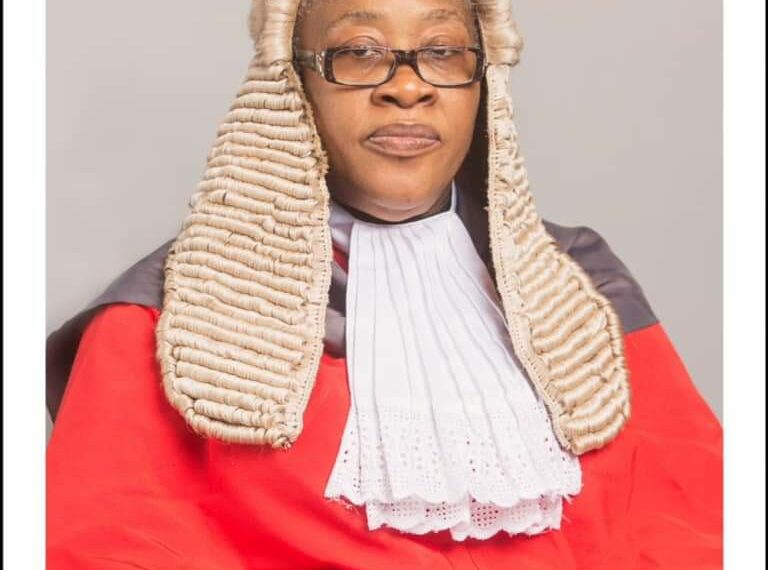 An associate of the incarcerated lawyer said they are studying the document.

The Chief Judge of Akwa Ibom State, Ekaette Obot, has finally released the record of proceedings in a case in which she committed the human rights lawyer, Inibehe Effiong, to prison for alleged contempt.

The document was released on Wednesday, less than 48 hours after the incarcerated lawyer filed a suit at the Federal High Court in Uyo, asking the court to compel Mrs Obot to release it.

Mr Effiong, in the suit, said Mrs Obot had refused to furnish him with the court proceedings despite repeated applications.

Femi Falana, counsel to Mr Effiong, had said the judge’s refusal to furnish the plaintiff with the document seven days after the case was unconstitutional and also violated his client’s right to appeal.

Mr Effiong was committed to 30 days in prison on 27 July.

Minutes before Mr Effiong was sent to prison, Mrs Obot had ordered a police officer to confiscate the phone of a PREMIUM TIMES journalist, Saviour Imukudo, who was covering the court proceedings.

Mr Imukudo was subsequently detained on Mrs Obot’s order and taken to a nearby police station, where he wrote a statement to the police.

The reporter was doing a discrete audio recording of the proceedings, which he said was to enable him to report the court case accurately.

The audio file was later deleted as demanded by Mrs Obot before the reporter was released and his phone returned to him.

Mr Effiong, in a previous proceeding, had requested the judge to recuse herself from the case.

In the record of proceedings seen by this newspaper, Mrs Obot claimed she had accused Mr Effiong, during the proceedings of that day, of using the journalist, Mr Imukudo, to run down her court.

“You want to run down my good name, which I have built for over 33 years because you want to be popular,” Mrs Obot claimed she said to Mr Effiong during the proceeding.

She also claimed that Mr Effiong shouted, banged the table, and pointed a finger at her during the proceedings.

The lawyer had objected to the presence of two armed police officers in the courtroom.

Mrs Obot claimed, according to the record she released, that Mr Effiong was convicted for contempt because of his “unruly behaviour.”

The court document, however, revealed that the lawyer was not put on trial or given any opportunity to defend himself, a point that was highlighted by the President of the Nigerian Bar Association, Olumide Akpata, who threatened to take up the matter with the National Judicial Council.

The incarcerated lawyer, Mr Effiong, was at Mrs Obot’s court to defend his client in a defamation case in which the Akwa Ibom Governor, Udom Emmanuel, is the claimant.

“We’re going to study this proceedings meticulously and shall comment on it as soon as possible,” Augustine Asuquo, a lawyer and head of the Inibehe Effiong Chambers in Uyo, said on Wednesday.