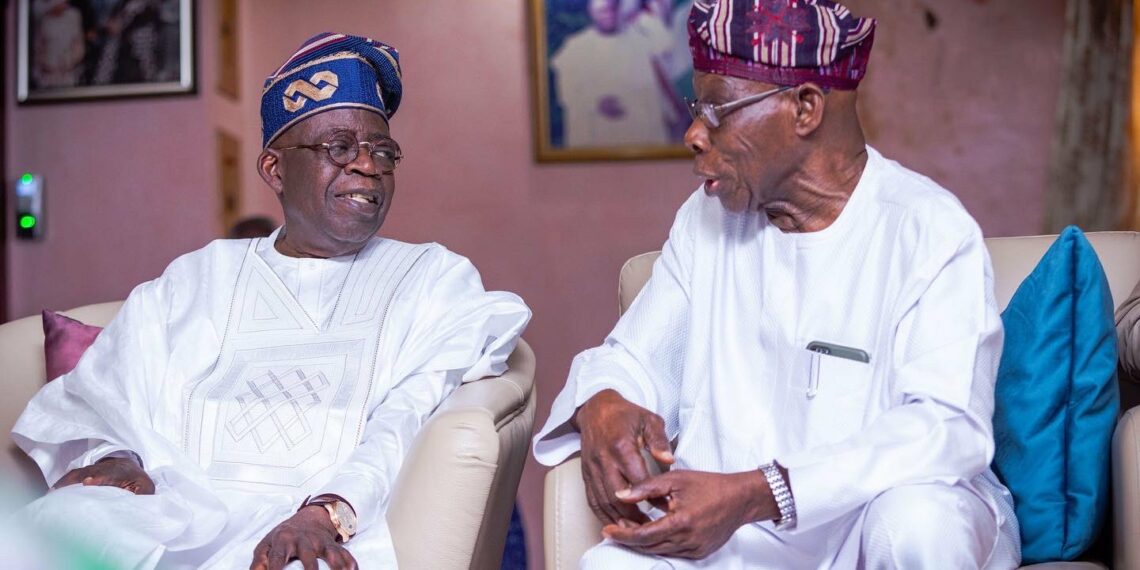 After the meeting with Mr Obasanjo, Mr Tinubu headed straight to the Moshood Abiola Stadium to attend the Ogun Artisans Day’s programme.

At the end of the meeting, which lasted about three hours, Mr Tinubu was unable to address journalists because of the crowd.

He thereafter proceeded to the MKO Abiola International Stadium to address the party chieftains.

After pronouncing blessings on the APC members at the stadium, Mr Tinubu told them that it was not yet time for campaigns.

The presidential candidate said he was in Ogun to greet them and the people of the state.

Mr Tinubu, also acknowledged the “good works” of the state governor, Dapo Abiodun, and the support people of the state had continued to give to him.

“The campaign has not started yet. I am just here to greet you and to say hello to you.

Messrs Obasanjo and Tinubu had been at loggerheads since the former, as the then president, withheld the local government allocation for Lagos State when the latter was the state governor.

Earlier this year, the former Lagos governor was at the former president’s 78th birthday.

In 2013, Mr Tinubu had also visited Mr Obasanjo, to appeal that he joins the party.

On 5 March, while Mr Tinubu was attending Mr Obasanjo’s 78th birthday lecture in Abeokuta, he said his altercations with the former president re-shaped his life positively.

Those who accompanied Mr Tinubu include the House of Representatives Speaker, Femi Gbajabiamila; APC national leader, Bisi Akande; pioneer Chairman of the EFCC, Nuhu Ribadu; among others.

While the meeting was on-going, hundreds of APC supporters sang and danced outside Mr Obasanjo’s home.